By Alan D. Welding on September 15, 2017
LARS ULRICH INTERVIEWS DAVE GROHL FOR IT’S ELECTRIC! ON BEATS 1
Watch the full interview at Apple Music and listen to the extended 2-part radio interview via It’s Electric! with Lars Ulrich on Beats 1. 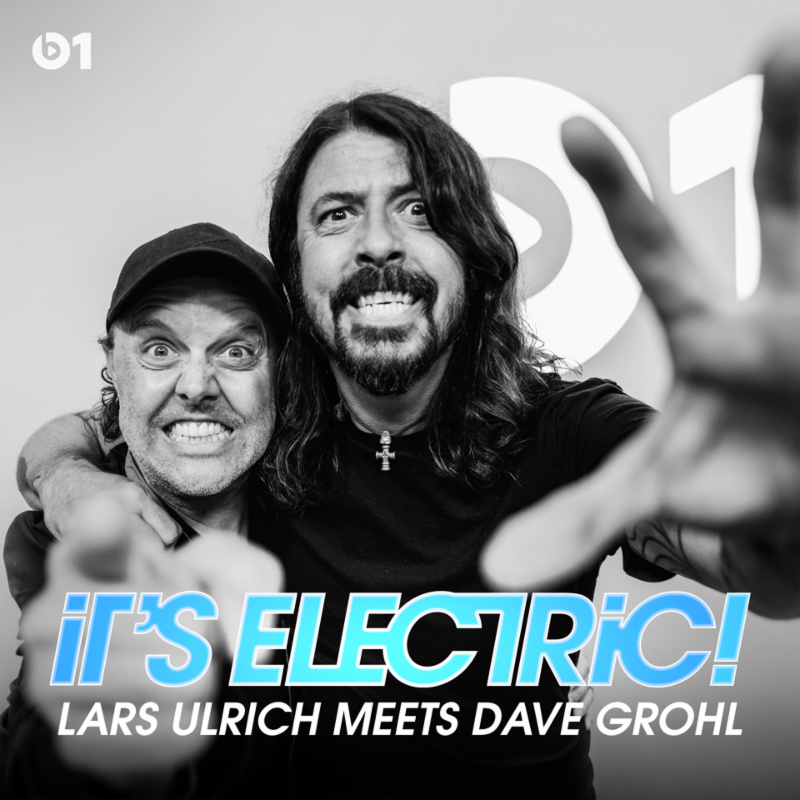 # # #
About Lars Ulrich
Lars Ulrich is a the drummer and co-founder of Metallica, one of the most influential and commercially successful rock bands in history. Having sold 110 million albums worldwide while playing to millions of fans on literally all seven continents, Metallica have scored several multi-platinum albums, including 1991’s Metallica (commonly referred to as The Black Album), with sales of nearly 17 million copies in the United States alone, making it the best-selling album in the history of Soundscan. Metallica has also garnered numerous awards and accolades, including nine Grammy Awards, two American Music Awards, and multiple MTV Video Music Awards, and were inducted into the Rock and Roll Hall of Fame and Museum in 2009.  Metallica’s latest album Hardwired…To Self Destruct was released on November 18, 2016 on Metallica’s own Blackened Recordings record label and debuted at No. 1 around the world, selling over 800,000 copies worldwide in its first week.
About Beats 1
Beats 1, Apple Music’s global radio station, broadcasts 24/7 to more than 100 countries from studios in Los Angeles, New York, and London. To listen live, go to Radio inside MUSIC and tap PLAY NOW. It’s Electric! with Lars Ulrich broadcasts Sundays at 3PM LA Time, with a repeat edition on Mondays at 3AM. Later that day the show will be available On Demand and the Playlist will be posted to MUSIC.