Click Here To Watch Video For “Leave This Island”

The beginning of 2014 marks a flurry of activity from Maxïmo Park. Following news of their forthcoming album ‘Too Much Information’ on February 3rd, an accompanying full UK tour and the recently-aired ‘Brain Cells’ track, the band have confirmed the release of the single ‘Leave This Island’ on January 27th, 2014.

The track is taken from a remarkable collection of songs that pulse with life and intent, and reveal a band that can still startle and provoke without having lost any of their restless energy. The single itself surges into view with a drumbeat and a ripple of synths framing Paul Smith’s vocal before culminating in a sweep of uplifting emotion: a band at the top of their game.

The film short accompanying the music uses the song as a soundtrack. The band have worked with video artist Matt Stokes to produce a short film featuring a real life ‘urban hermit’ living in the outer reaches of East London. The man lives in his detached reality, surrounded by domestic clutter, his actions depicting a blissful life less ordinary – a final, poignant game of chess outlines his isolated existence. Weird and uncompromising, this is no ordinary promo video.

Recorded in Sunderland with the band’s keyboardist Lukas Wooller and Field Music’s Brewis brothers – David and Peter, at the helm, ‘Leave This Island’ will be available on 12” vinyl and digitally, complete with exclusive B-side ‘A Vague Implication’, a remix of ‘Leave This Island’ courtesy of Mogwai and a mix of ‘Brain Cells’ from the hand of Dave Okumu. Available from all reputable outlets through Daylighting Records. 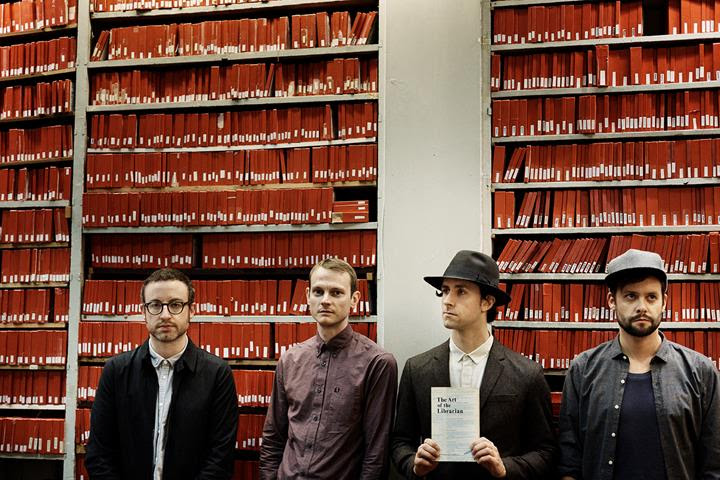