Skip to content
““Betty‘s bound for the big time…her voice oozes soul while jazz, and punk play beautifully in the back ground.“
– VibeVixen

“In a perfect world, Black would be your new favorite diva” – PopMatters

“Just like alt-rock sirens Alison Mosshart and Karen O, Betty Black has a strange amalgamation of pop and grunge in her voice, giving her the ability to sing sweetly, but not without forcing you to wonder if there’s pain bubbling beneath the surface” – Okayplayer

Betty Black releases the video for “Fatality of Love” today. The smoldering and kaleidoscopic video finds her in odalisque poses and shattered reflections as she contemplates rejecting a lover before they betray her. This is the first video from the just released Fatality of Love (The Remix EP) out digitally on KID Recordings. Watch the video here, please post and share.

It’s the latest offering from Betty Black’s gritty and darkly seductive album Bad Weather, which includes “Killing Time”, the slow-burning “Am I Not Your Girl?”, and the anthemic title track. Released this past summer with the bonus track “Bad Weather (Antipop & Analog Boy Remix)” from Télépopmusik’s own Antipop and former Autour de Lucie guitarist, Analog Boy, the gripping set was composed, arranged and produced by Black along with co-producer/engineer Rudyard Lee Cullers (Yeah Yeah Yeahs/ Basement Jaxx/ Bright Eyes) and Jamin Gilbert.

Betty Black is the brainchild of multi-talented singer/songwriter and musician Sylvia Black. Over the past six years, Black has established herself as a sonic rebel with an indomitable spirit and a fearless approach to music. She’s gained international acclaim as the lead vocalist for New York-based dark electronic pop outfitKUDU, and for her successful co-writes and collaborations with Black Eyed Peas, Moby, William Orbit, Kelis, The Noisettes, Spank Rock, Benny Benassi, The Knocks and, most recently, RUN DMT and Télépopmusik, which have amassed sales over 5 million copies worldwide! Her collaboration with Run DMT – “Starlight” – is currently the most added dance release on all US college radio stations.

Fatality of Love (The Remix EP) is available through all digital retailers via KID Recordings. 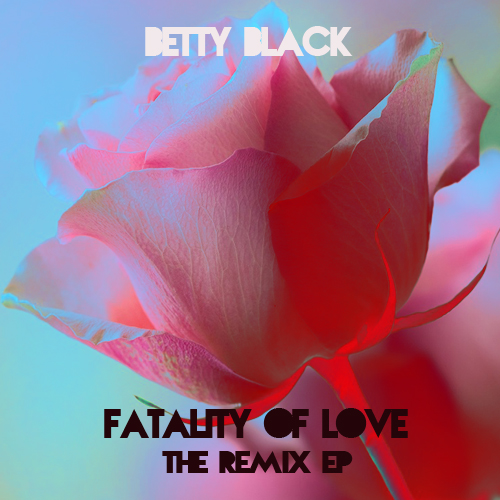