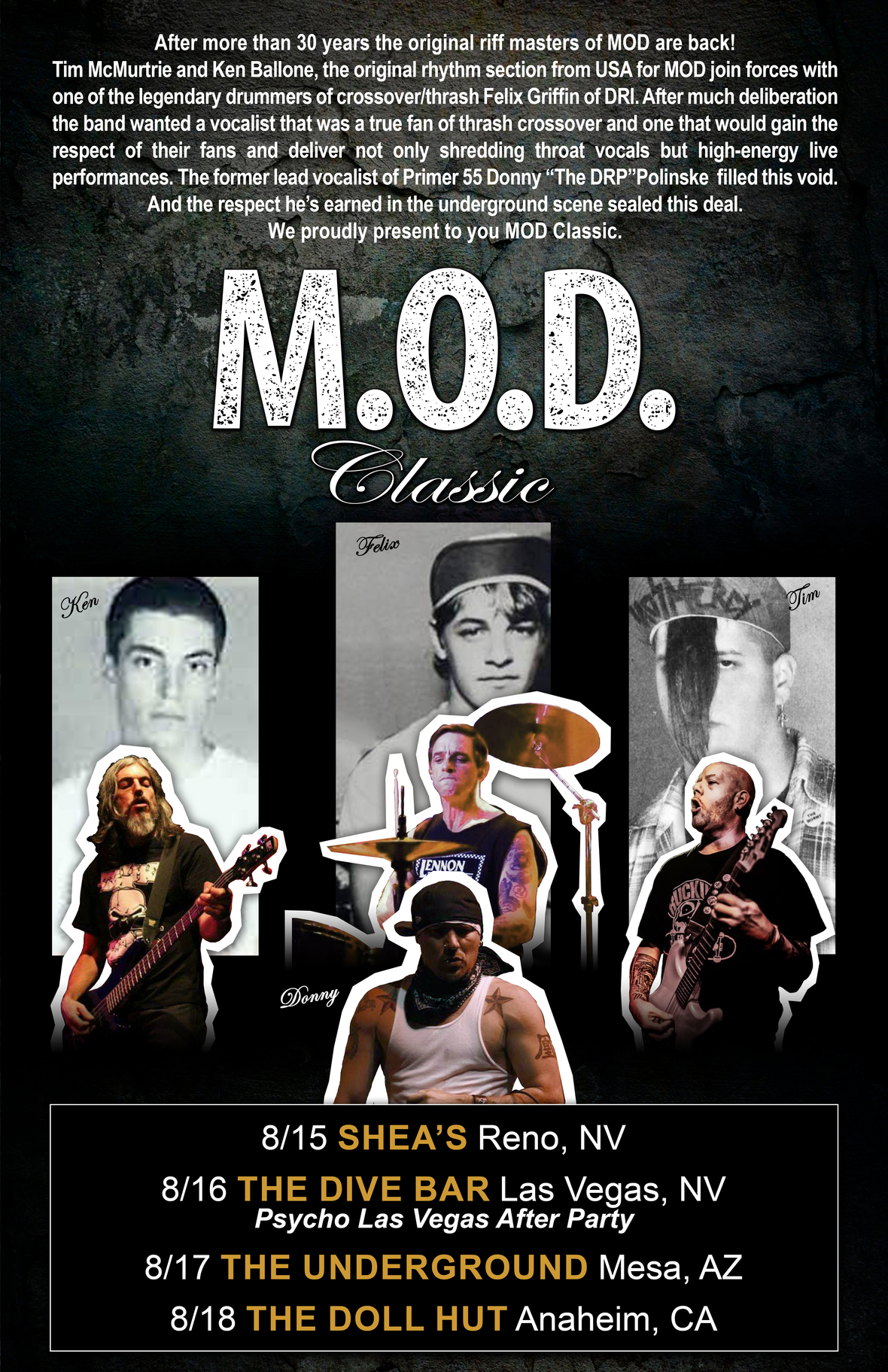 Legendary thrash-metal crossover band M.O.D. CLASSIC has announced a series of live dates through the Southwest, launching 8/15 in Reno, NV and wrapping up 8/18 in Anaheim, CA. The band has also announced that Donny “The DRP” Polinske (PRIMER 55) will be joining Tim McMurtrie and Ken Ballone (the original rhythm section from M.O.D.) and FELIX GRIFFIN (DRI) as their new front-man. 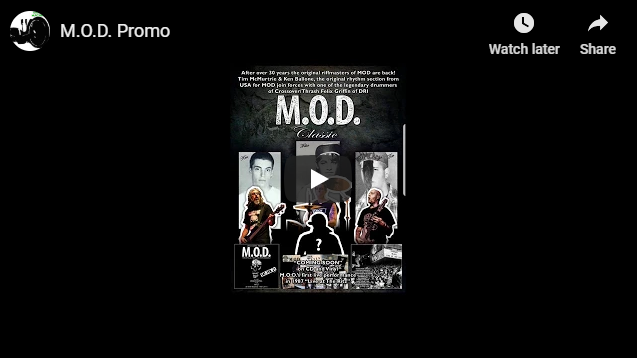 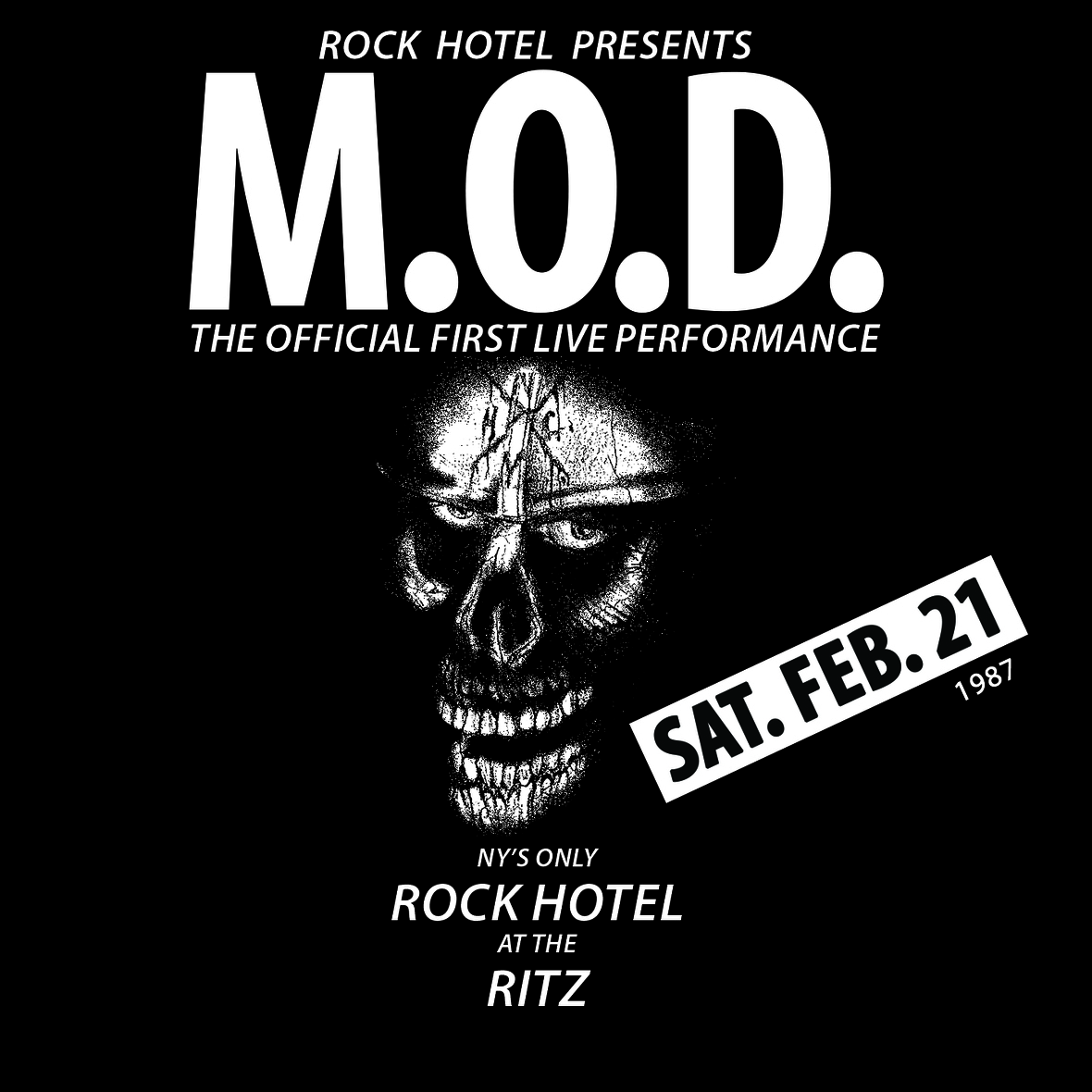 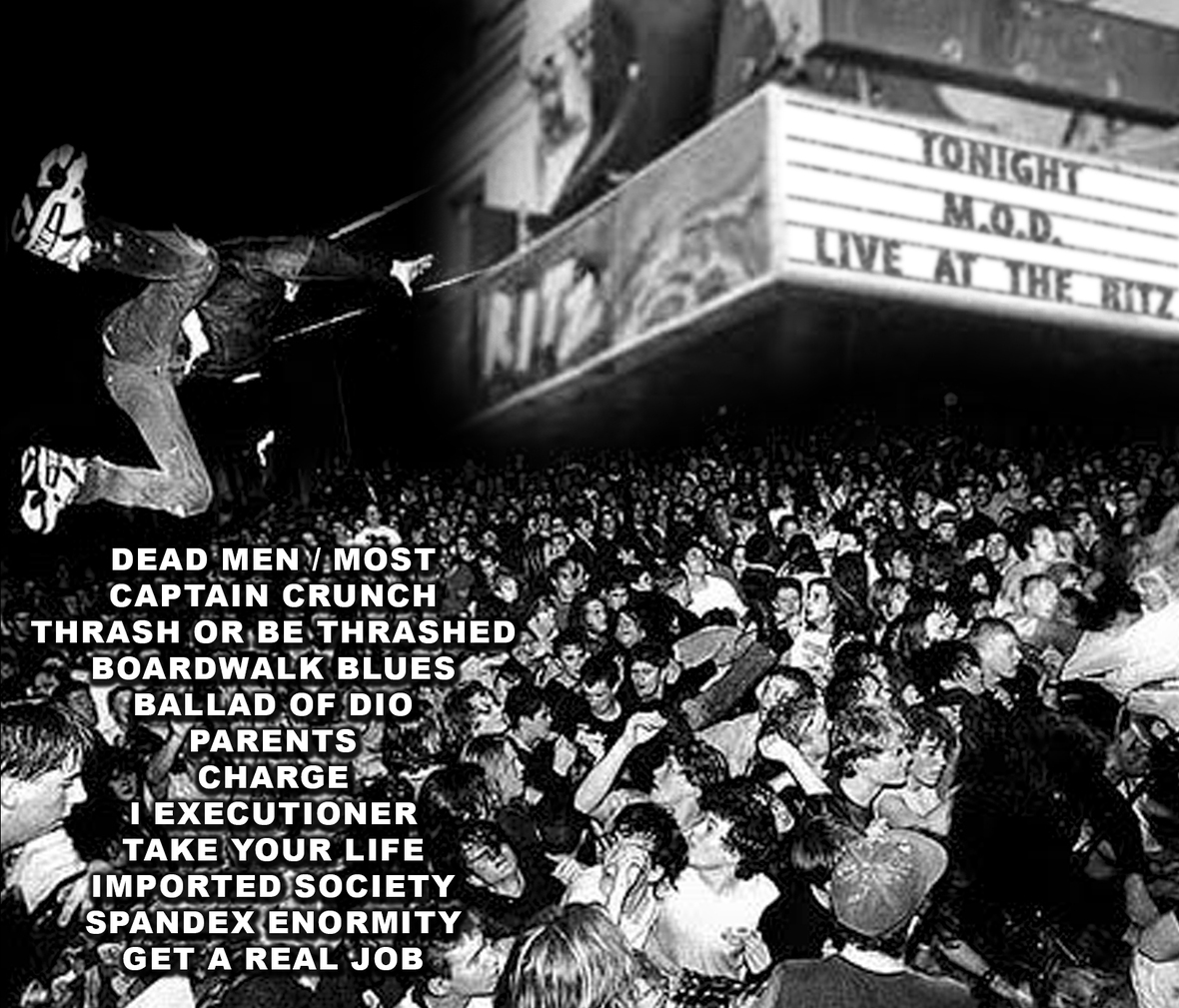 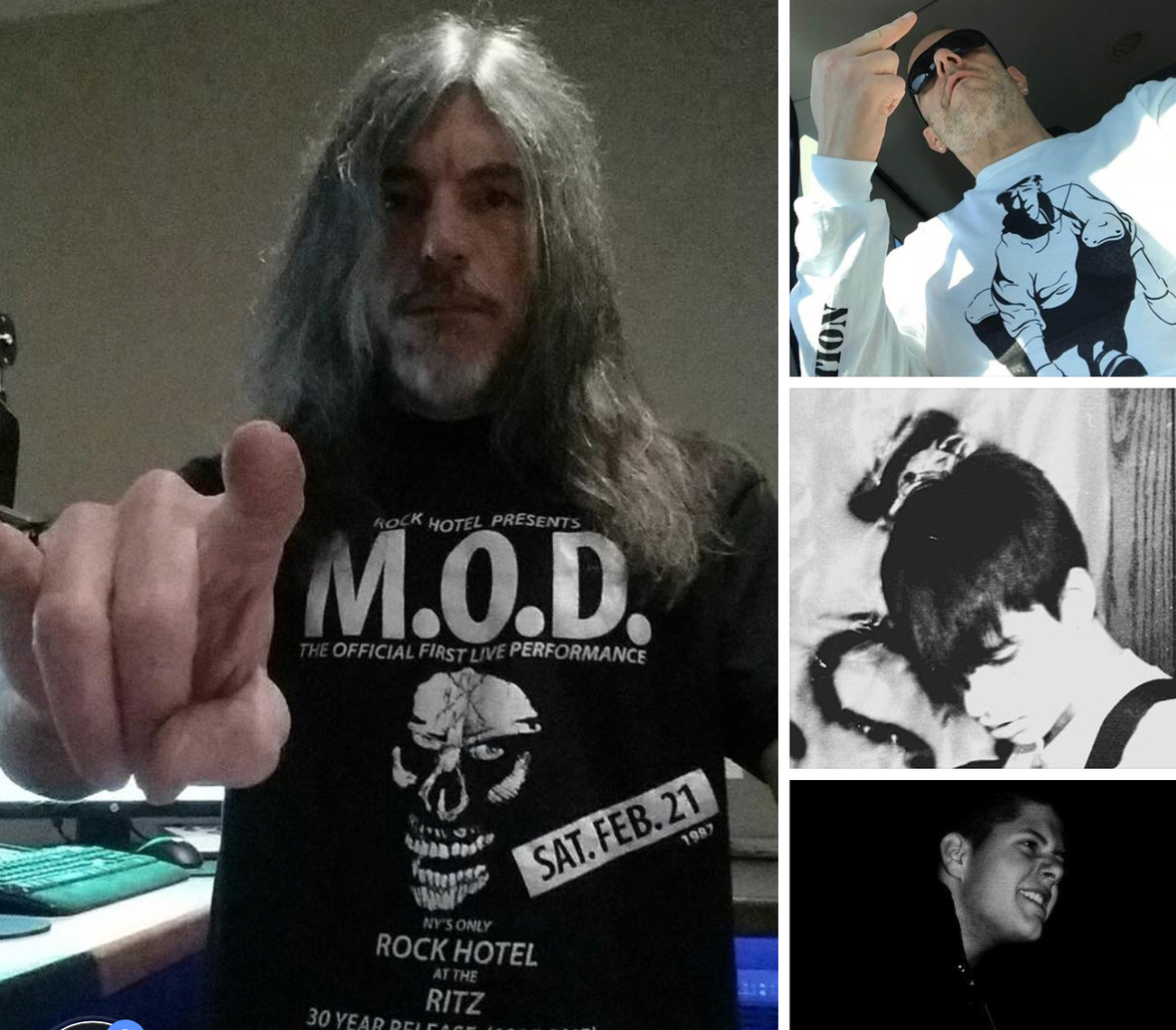 Tim McMurtrie: Guitarist and founding member of the NYC thrash metal/crossover band M.O.D. (Method of Destruction). Tim McMurtrie not only wrote a lot of the material on USA for MOD but also wrote 90% of RHYTHM of FEAR and is also the current guitarist in NYHC band FULL SCALE RIOT.

Felix Griffin: Drummer D.R.I. (Dirty Rotten Imbeciles) playing on Dealing with It, Crossover, 4 of a kind and Thrash zone. 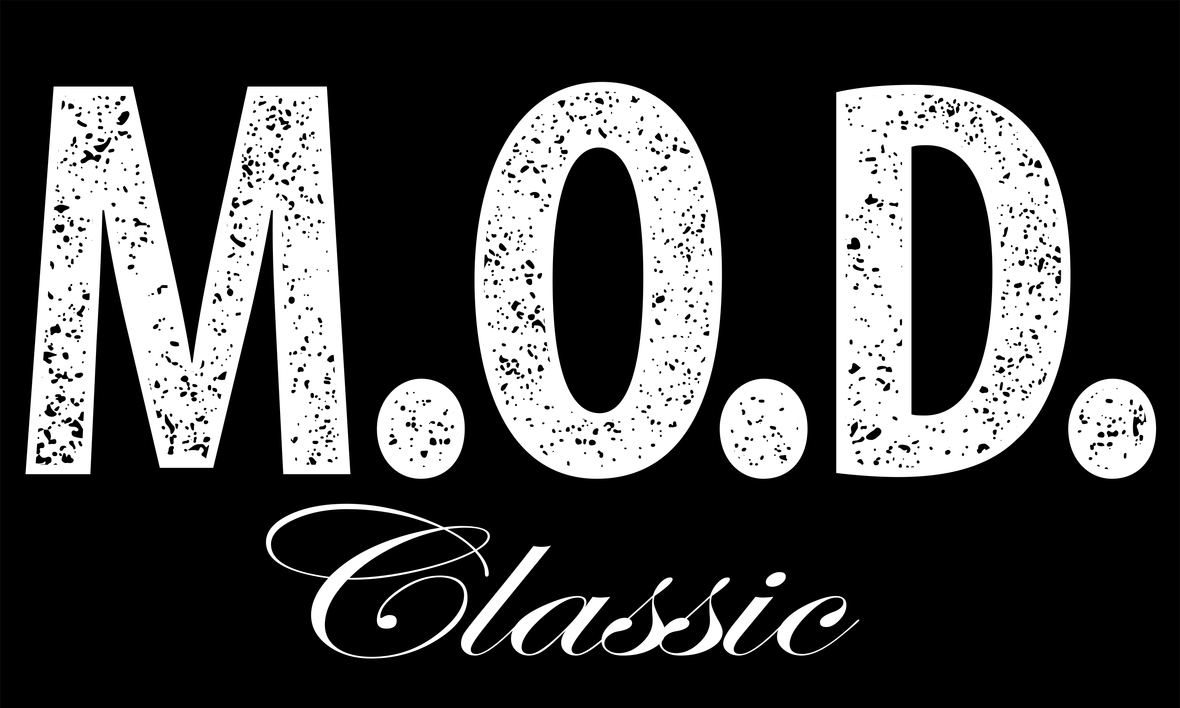