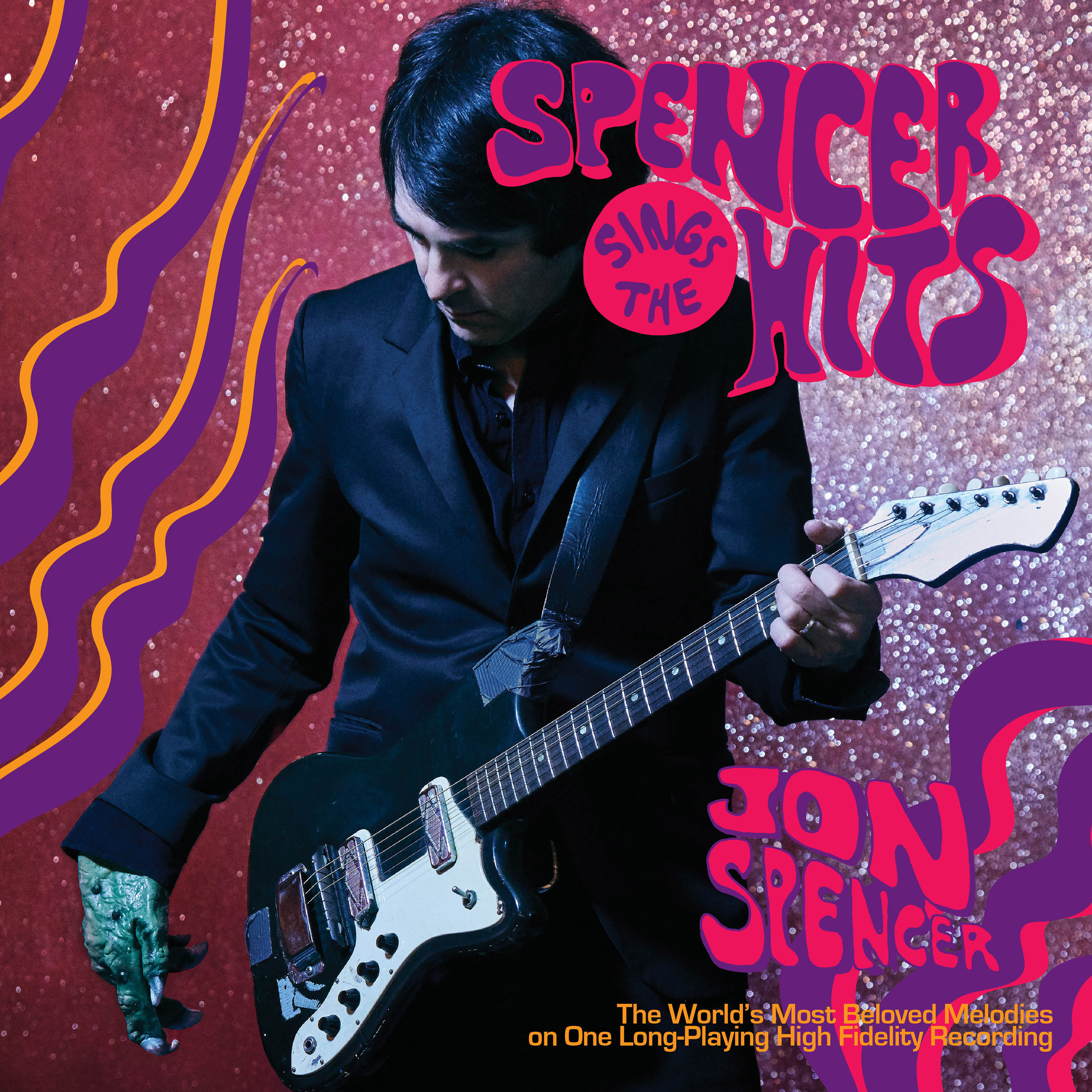 Listen to Track “I Got The Hits” Here

Watch Visualizer for Track “Do The Trash Can” Here

Jon Spencer has announced the release date for his debut solo album, Spencer Sings The Hits!, out November 9, 2018 via In The Red Records. Additionally, Spencer has released the album track “I Got The Hits.” Listen and share here.

For the recording, Jon travelled to the wilds of Benton Harbor, MI, to work with Bill Skibbe at the fabled Key Club Recording Company and enlisted the help and talents of friends Sam Coomes (Quasi, Heatmeiser) and M. Sord (No Monster Club, M. Sord) to help bring the songs to life.

“Sam is someone with whom I have crossed paths many times over the years, explains Spencer. “I have always been a fan of his wild keyboard style and twisted tunesmith-ery. (In fact we kicked around the idea of a collaboration way back in the early aughts.) I got to know Sord from previous visits to and projects done at the Key Club (Andre Williams, JSBX, & Boss Hog), he was the handyman and assistant engineer that turned out to be a great drummer.”

‘Spencer Sings The Hits!’ comes strutting and swaggering out of the speakers, opening track ‘Do The Trash Can’, revving into life with a stripped-down floor tom-snare groove, before Spencer detonates the song into life with a howl of distortion and noise. It’s perfect Jon Spencer rock n’ roll in every way and with a sly nod to the past, features the clanking metal percussion associated with former band Pussy Galore. (Former Pussy Galore cohort Bob Bert will be banging metal on live dates!)

“Nothing like digging the gas tank from an old Chevy out of a Michigan junkyard snow bank in January,” laughs Spencer. “The junkyard owner kept asking me if the metal was for a school project, but as a bluegrass player he could understand the possible use for a recording session.”

Eleven prime slices of righteous rock n’roll follow. Smoldering and smoking and exploding out of the box. Jon Spencer IS rock n’roll.