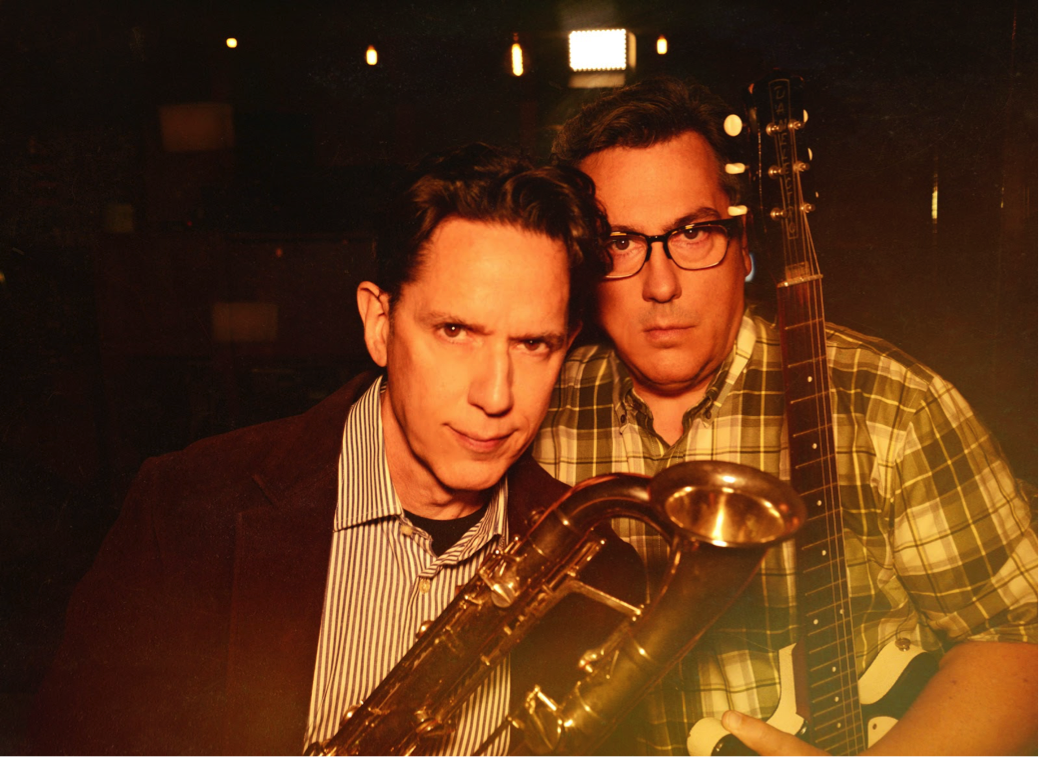 Photo Credit: Shervin Lainez
“one more wry, clever song in the voluminous They Might Be Giants catalog, arriving shortly before a new album, “I Like Fun.”
– The New York Times

“The crowd’s enthusiasm for the fresh material is unmatched even when the band proffers what is perhaps their most-loved song, “Birdhouse in Your Soul“… “
– Rolling Stone

“Perfect pop music can come from anywhere and can go anywhere. They Might Be Giants have demonstrated this for a quarter century…”
– The New Yorker

“Catch them if you can — their live shows always deliver.”
– USA Today

They Might Be Giants will release their new full-length studio album I Like Funphysically and digitally on January 19. Jumping with surprises, vitality, and the startling point of view of these Brooklyn originals, on the 15-track collection songwriters and band founders John Linnell and John Flansburgh draw on themes of dread, death, and disappointment and set them to their driving, hyper-melodic music. The alternative rock legends shared an early stream of new album track “All Time What” which garnered accolades from The New York Times, Consequence of Sound and more. Fans can hear the radical masterpiece in its entirety a week early, streaming via NPR First Listen andCBC Music First Play today.

Fresh and sonically adventurous, the band is revered for their command of the studio and the stage, delivering one of the liveliest shows around. They Might Be Giants will take over stages with an energized live show across the globe in 2018. The album’s release coincides with a world tour that kicks off with a fifty-city trek across the US, then on to Europe, and beyond. Full list of dateshere & below.

TMBG has launched a fan video contest for lead album single “I Left My Body.” All entries to be submitted by March 1, 2018. Winners will be announced shortly after that and the winning video will be posted on dialasong.com as well as TMBG’s YouTube channel. 1st place winner receives $3000. 2nd and 3rd place winners each receive $1000. All 3 winners will get a suite of free software from Red Giant. All judging will be done by the great Open Mike Eagle. Full details here.

On I Like Fun, the spotlight is also on the band’s formidable long-standing live lineup; drummer Marty Beller, bassist Danny Weinkauf and lead guitarist Dan Miller. Co-produced with and mixed by Patrick Dillett (St. Vincent, Donald Fagen, The National, Mary J. Blige), the album was tracked and mixed at the brand-new Reservoir Studios—site of the legendary Skyline Studios where TMBG recorded their platinum-selling album Flood.

I Like Fun Available For Pre-Order Physically & Digitally
Digital Pre-Orders Receive An Instant Download Of
“Last Wave”, “I Left My Body” and “All Time What”