We are delighted to announce that everyone’s favorite storyteller, Les Claypool, will be embarking on an early 2014 tour with his old buddy Bryan Kehoe as a part of their new project Duo de Twang. Unlike Les’s work with the Primus lads, DDT focuses more on the Americana/rootsy side of things – as is heard throughout the band’s debut recording Four Foot Shack, to be released via ATO Records on February 4th.

Upon listening to Four Foot Shack you’ll quickly discover that Les and Bryan made it a point to keep things as live-sounding as humanly possible. “It was very live,” admits Les. “In fact, it was a little difficult, with all the bleed of the stomping and the bass and the vocals. Every now and again you can hear the studio refrigerator come on or the dog barking at something outside in the background.  Once it was there, you had to kind of leave it.” 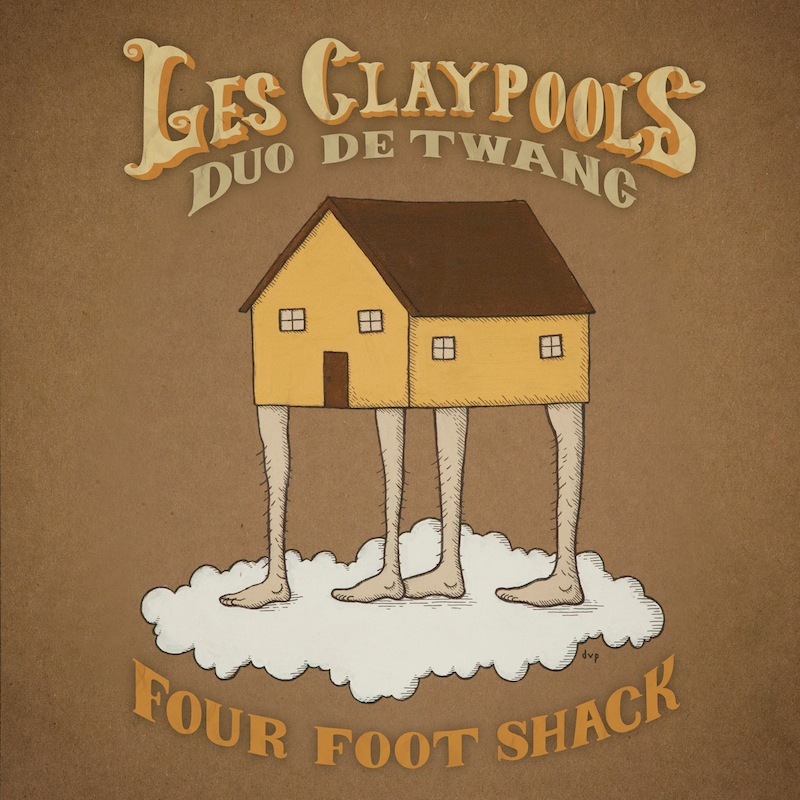