Pronounced “eye-cue”, The Aikiu are a four piece new-wave outfit from Paris. They’re fronted by Alex Aikiu, a movie-mad singer and songwriter whose magnetic charisma and off-beat outlook give their songs a compellingly starry-eyed quality. “I’m very inspired by cinema,” says Alex, a former law student who is half-French, half-Vietnamese, “and when writing a song I always script a moment with fiction or romanticize reality. I don’t like reality too much”.

Alex Aikiu explained the “Win” video to FADER as follows HERE “The concept for “Win” first came from my desire to work with the video director Nicolas Davenel, who directed the Birdy Nam Nam video ‘Defiant Order,’ which I love. He’s obsessed with machines, especially cars, motorcycles and the aesthetic and lifestyle of their aficionados. We finally ended up with the concept of customized semi-truck enthusiasts, but a la francaise. There’s a sadness and strange beauty in these dehumanized spaces that Nicolas finds incredibly interesting, as well as a certain nostalgia that corresponds with the emotion of the song. We wanted to explore the theme of extreme mechanical fetishism, like John Carpenter in his film Christine, and the movie Duel, directed by Steven Spielberg, but modernized and transposed into the environment of semi-trucks using the trucks as a sort of alter ego of the driver, but while working within a very clean aesthetic. I wanna win with you becomes like a declaration of love to the machine itself.”

Broadly positioned between the velvet purr of late-70s Roxy Music and the balmy fizz of The Cure’s “Head on the Door”, Alex’s songs strongly evokes the innocence and wonder of youth. Fantasy is his speciality – outside music he was a consultant for French photographer Jean-Paul Goude – and he can pen an elegant melody, which perhaps explains how, on the likes of “Win” and “Fools” he deftly blends the outsider slant of Pulp with David Byrne’s pop-art flair and the track “Somehow / Surfin” could fit in a mix tape alongside Vampire Weekend and Beirut.

“We wanted to create a cinematic intensity with the song arrangements,” he continues, “sometimes it’s intimate and fragile, sometimes it’s very grand, kind of a wall of sound. There is a dramatic aspect to the music and that’s on purpose because I love drama. But there had to irony too. I don’t take myself too seriously. And there’s also a physical side—songs you can dance to.” 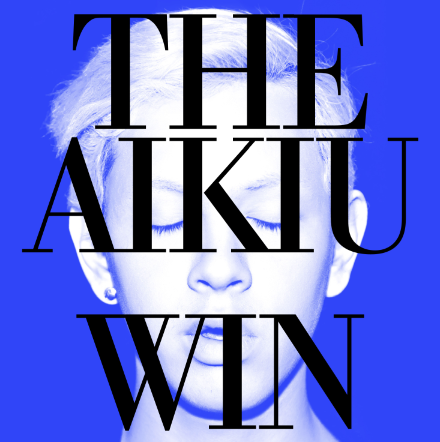