Featured As Bonus Track on “The Light On EP” Vinyl Edition

“The Light On EP” Track Listing:

“Bad Cop weren’t beating the same dead horse every white American with a guitar was. They were living and breathing real distortion, sex, drugs, and rock and roll.”— Death And Taxes

“It’s a soulful, greasy, howlin’ whiteboy kind of rant-rock that’s even greater than the sum of all its crazy parts, a frantic, no-holds-barred, ‘fuck the rules’ kind of album that we desperately need right now…” – Impose

“This first-rate, lo-fi indie jam is born out of darkness.” — Filter Magazine

“Tennessee does a different sort of blues rock, and Bad Cop has taken the southern, hot-amp sound to a place most people wouldn’t take it. Adam Moult entered the elevator of blues rock, ran his fingers up and down all the buttons, threw a Molotov cocktail into the roof, and let the fire rain down on him as he descended into hell. If Jack White ever needs something more evil, he’ll find it somewhere just south of where Bad Cop’s elevator car landed.” — Ear Milk

“The Nashville trio’s debut is filled with the kind of youthful abandon that only sub-21-year-olds can capture, but this excitement is matched with a musical maturity that gives their songs a weight beyond their years.” –Performer Mag 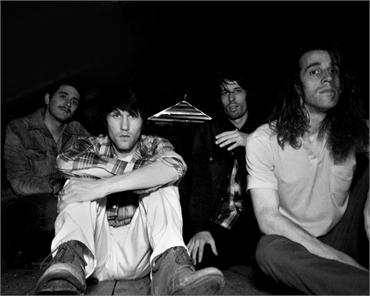