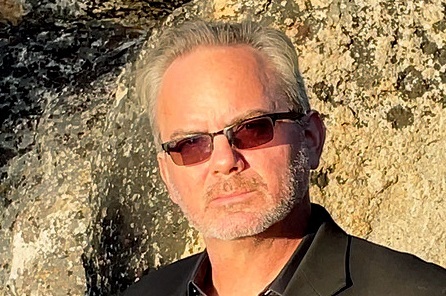 Burbank, CA based multi-instrumentalist, sound-designer / supervisor / composer, singer-songwriter, and President of TFK Studios LISLE ENGLE has released his poignant and timely official music video for “Medicine Man,” the title track off of his recently released album. Featuring crunchy bass and rhythm guitar by ENGLE alongside soaring guitar riffs by Bill Angarola and Pete Sjostedt from Muck and the Mires, plus high energy vocal performances by Angarola, Kristen Kohary, and Paul Grubb, “Medicine Man” is a seamless melding of Alternative Pop Rock post-modernism and old-school guitar rock intensity, evoking a superficially unlikely but satisfying union of Peter Gabriel, The Black Crows, and Cheap Trick.

“At the end of 2020, I had a couple of weeks off and decided to turn my thoughts about this crazy Covid Pandemic into a collection of songs. Everything poured itself out of me during sessions at home and at my studio and hiking in the mountains above Burbank. These songs cover the gamut of emotions from trying to connect with loved ones in the hospital, to feeling disengaged from life, to hoping for a vaccine, to dealing with people wearing masks, to listening to experts and Instagram pundits talk and talk with conflicting messages, to the political landscape that seemed to intensify the harsh political divisions we are seeing in our country these days. Medicine Man hits all of those things.” – LISLE ENGLE

Born and raised in Savannah, Georgia, Lisle Engle has been writing and performing for 35 years. He began in the early 80’s, honing his vocal abilities in the local club scene of Savannah with his cover band The Vital Signs. He founded his first original band, The Promise, while attending Boston University. They played many shows on the East Coast, including the Boston clubs The Paradise, The Rat, The Channel, and Bunrattys; as well as NYC dates at China Club, Limelight, and CBGB. After college, The Promise moved to Los Angeles, seeking fame and fortune. They played hundreds of shows all over the city, such as The Whiskey-A-Go-Go, Club With No Name, English Acid, The Roxy, and Lingerie. The Promise later evolved into a project called HEAD, which got very close to the fabled big record deal but ultimately disbanded when they weren’t picked up.

After a short jaunt to Florida to produce a CDROM project, the world’s first interactive, multimedia concept album, Welcome To The Future, Lisle quickly returned to LA to form a new group including the amazing violinist Dorian Cheah, bass player Giuseppe Patane, and drummer Steve Holmes. They played all over the city and had a residency at the Cat Club for a year on the world famous Sunset Strip. They produced an album, California Miles, which garnered critical success but ended as its members pursued other endeavors.

In the last few years, Lisle has played in several band lineups, including a collaboration with well-known LA producer and studio engineer Matt Gruber, which produced the Mad West album, These Are The Terms. Mad West was about to play their first show when the Covid lockdowns arrived, closing all venues. The project ran out of steam over the interim and Lisle decided to once again strike out on his own with his latest solo endeavor, Medicine Man. Inspired by the events of 2020, Medicine Man is a record of observations of humans experience, the media, science, government, and how the events of the pandemic affected and continue to influence our lives.

Medicine Man contains 7 songs and runs 30 minus in length. It is a high-energy, politically and emotionally charged rock record with amazing lead guitar performances from a group of some of the best players in Los Angeles, including Bill Angarola, Reza Moosavi, Jeff Miley, Chris Rife and Richard Dugay, as well as a special appearance from Pete Sjostedt, and vocal appearances by Jenny Lobel and Kristen Kohary; keyboard contributions appear courtesy of veteran Hollywood sound designer and synth collector Charles Maynes. The record was produced by Lisle Engle and mastered at The Manor Studios by Matt Vowels of the goth band Black Angel. If you are looking for some rocking new tunes with insight, social commentary, and emotional power; as well as killer rock production and many “guitar hero” level performances, Lisle Engle’s Medicine Man is definitely an album that you should check out for the new year!