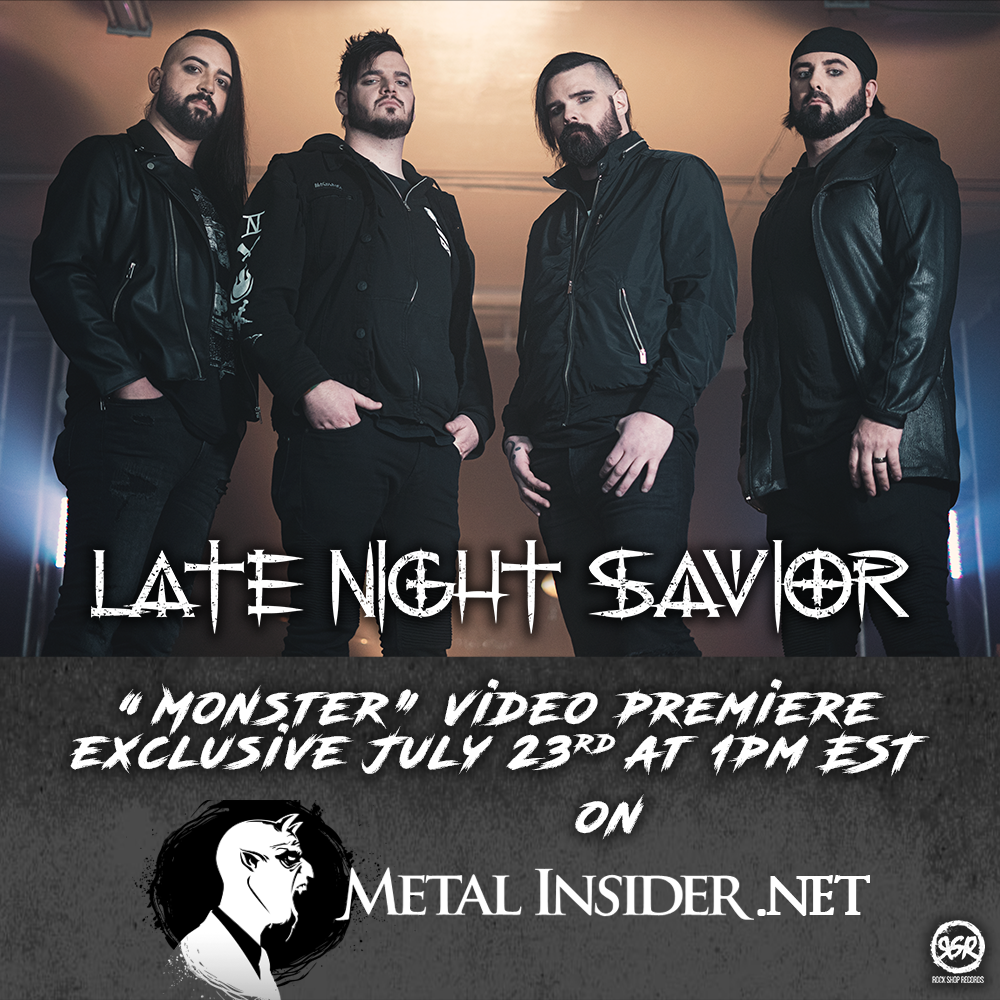 After managing to garner over 7.5 million streams worldwide independently, Utah based hard rock band LATE NIGHT SAVIOR recently signed a deal with NEW LABEL ROCK SHOP RECORDS. Their first single, “MONSTER,” was produced by CRISPIN EARL (THE VEER UNION / ROCK SHOP RECORDS) and the video premiered this week on METAL INSIDER. LATE NIGHT SAVIOR will be kicking off their rock radio campaign in America on July 28 and is also slated to be on tour as a supporting artist on the Rock Shop Records International Tour scheduled for the spring/summer of 2021. 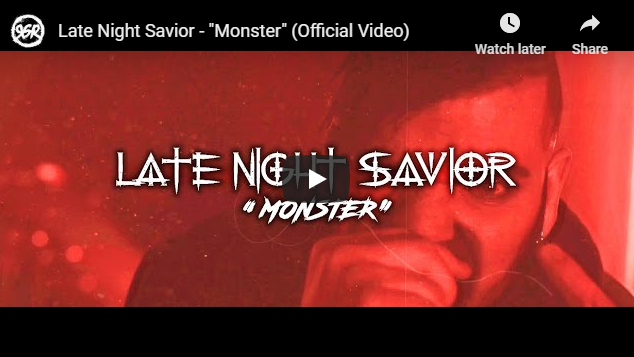 “The song ‘Monster,’ for me is, more about selfishness than anything. I was told that chasing something I wanted wasn’t what I should be doing and it got in my head like a bad dream. The ones I cared about left me alone and I became a monster in their eyes. But I came to the realization that the healthiest thing for me was to kill that thought and be selfish, do this for me and no one else. I’m okay being the villain in someone else’s story as long as I’m not the villain of mine. Every time I heard someone say i wasn’t following what I should be doing, the “prescription” if you will, it just became my motivation to prove them wrong” – BRANDON JOHNSON – (lead Singer) Late Night Savior 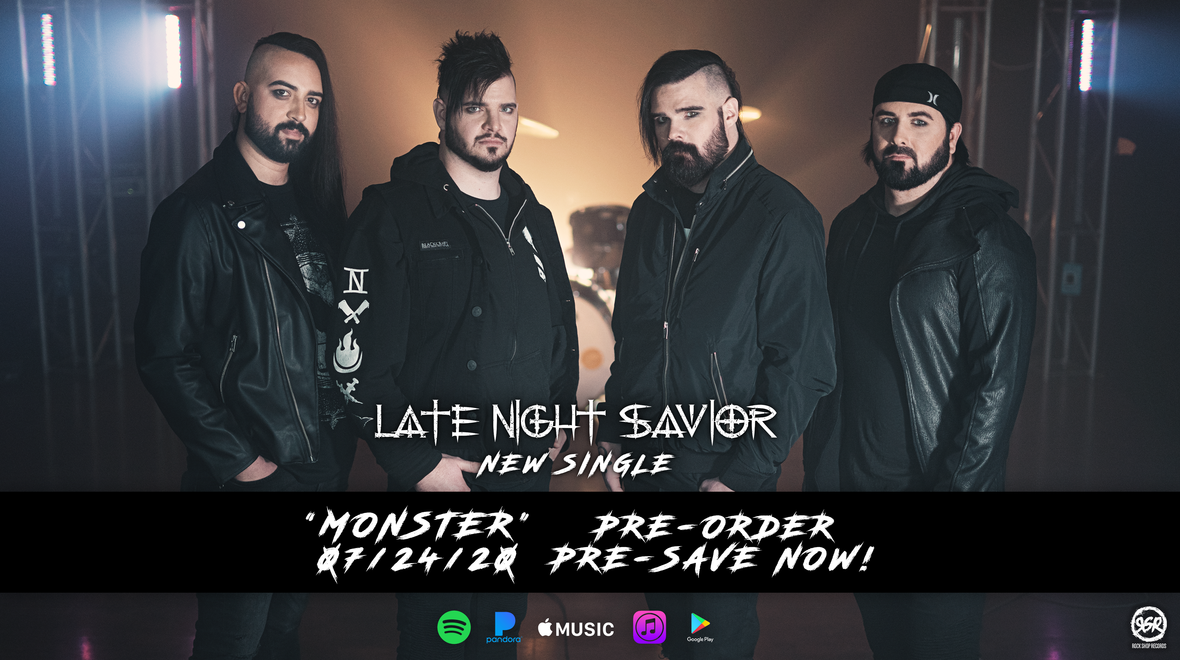 In 2016, LNS released their first album, Among the Forgotten. The second album, Into the Aftermath, was released in 2017 and not only did the group vastly begin building their online presence and catching the eyes of regional promoters. The Band was awarded opening slots for National and International acts such as Drowning Pool, Red, Saliva, Thousand Foot Crutch, Adelitas Way, The Veer Union, Royal Bliss, Flaw, Bobaflex, Cage 9, Shamans Harvest, and so many others!

In 2018, continuing a busy regional touring regiment, LNS was named best rock band of Utah and were chosen as 1 of 5 National Finalists for the Cumulus Media “Next2Rock” Battle, a National Competition in Los Angeles. They flew to Los Angeles to participate in the competition and even though they didn’t place first, the experience was eye opening.

In 2019-2020, LNS has seen their Spotify monthly listeners double to over 55,000 and the track, “Angel” has over 1M spins on Spotify and 1.5M veiws on Youtube. LNS travelled to Vancouver, Canada to hit the studio with Singer/Songwriter/Producer/The Veer Union Frontman, Crispin Earl to record their 3rd album with goals of refining their sound and bringing the band to a National/International level. Shortly after, LNS announced they signed a deal with Rock Shop Records (RSR) and released their first new track, “Monster”.

The band is set to release a new album in the spring of 2021 that will be accompanied by a National Tour.