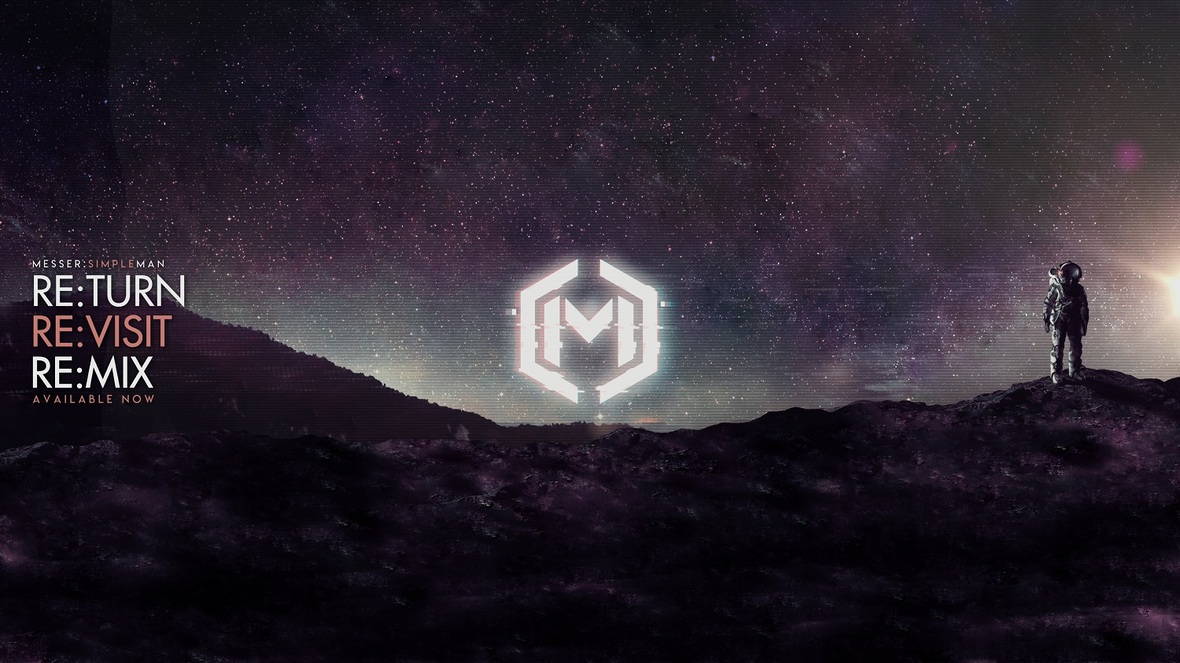 Heavy, Alternative rock band MESSER has announced the release of RE:TURN RE:VISIT RE:MIX. Originally launched by the band’s producer, Chad Gendason of Maddpants Records with popular music-production site Splice.com as a remix contest, fans inundated the band and site with hundreds of submissions, leading to a mammoth, 23 track collection of rei-maginings of the band’s 2019 released single, “Simple Man,” to showcase the talent of these diverse up-and-coming producers. Gendason worked closely on the final arranging and mixing, and the extraordinary results take the song in wildly different emotional and musical directions. 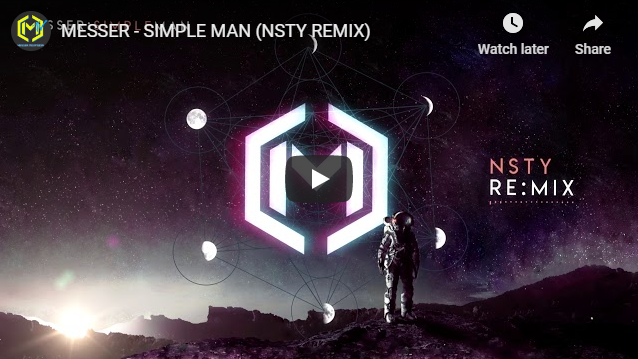 “‘Simple man’ is a song written from the perspective of someone who is removing themselves from the drama or superficial aspects and expectations of social media/society. 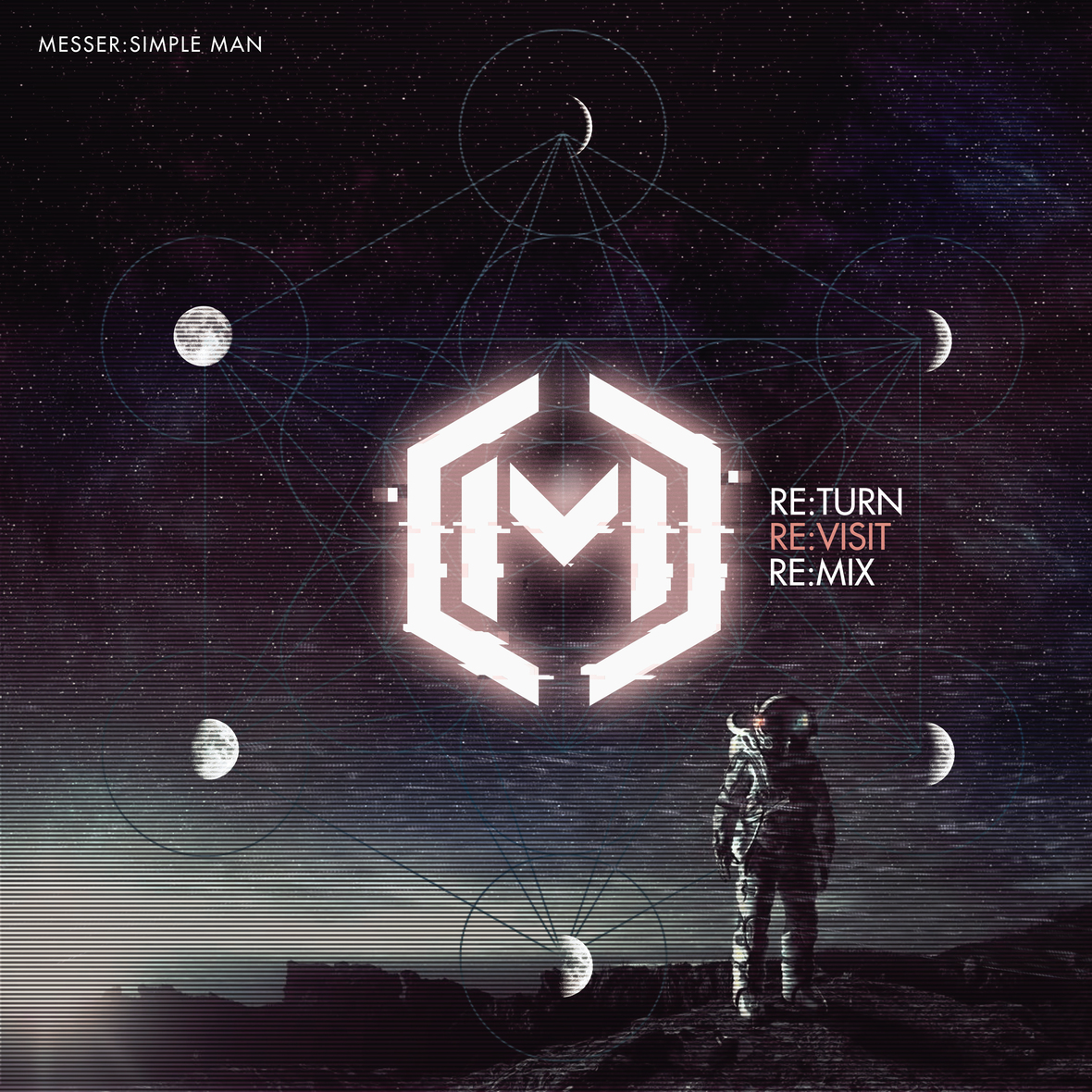 MESSER means “knife” in German, and the Dallas, Texas band has lived up to its name since cutting an inescapable swath into the rock world with their debut single, “Make This Life.” The band’s cutting edge modern rock sound was born through serendipitous connections in the thriving Deep Ellum music scene of Dallas, an area that has given rise to iconic Hard Rock and Metal bands like Pantera, Drowning Pool, Hell Yeah, and King’s X.

Messer continued their momentum from their breakout year with the release of “Simple Man”, the 3rd single and video from their self-titled debut album, which bowed at #3 on the Soundscan New Artist chart and was named “New and Noteworthy” at iTunes and Amazon Music. The Dallas, Texas based band had a banner year in 2018 with first single “Make This Life” reaching #25 on the Active Rock radio charts, and second single “Save Myself” also made it into the Top 30 – the only truly independent act to do so.

“Simple Man” peaked at #23 on the Active Rock charts, and is the highest charting single for the band to date. It garnered attention throughout the rock world with spots on key Hard Rock playlists on Spotify, Apple Music, Amazon Music, Pandora Radio, Google Play Music, Youtube, and Slacker Radio. The band has received accolades from Loudwire, AXS, Alternative Press, Revolver, New Noise, Pure Grain Audio, and more. All 3 singles were also featured on iHeartradio’s “Artist You Should Know” with adds on Sirius/XM Octane, Music Choice, and over 70 rock radio stations throughout the United States, resulting in 30,000 spins at rock radio, 15 million combined audience, and 10 million worldwide streams.

The band has since grown their fan base locally, quickly branching out regionally and nationally, opening for notable bands such as Sick Puppies, Candlebox, Hinder, Vince Neil, Black Stone Cherry, Lynch Mob, Drowning Pool, Local H, Trapt, Metallica, Dokken, Scott Stapp Of Creed, Avenged Sevenfold, and Buckcherry, including a 40-city sold out tour with RED and Lacey Sturm. The band was even personally invited by Kevin Lyman to play the Texas leg of the final Vans Warped Tour.

It was on one of these tours that the band caught the attention of Los Angeles based writer/producer, Chad Gendason. The band felt an immediate comeradery with Chad and a lasting bond was made. Messer started writing with Chad, and their ﬁrst collaboration became “Simple Man”. Fan favorite “Whiskey” soon followed and the songs started to ﬂow into what would eventually become their self-titled debut album, Messer, which released on 4/20/18 on Maddpants Records. The album was mixed by Ben Grosse (Marilyn Manson, Breaking Benjamin, Disturbed) and mastered by Tom Baker (Papa Roach, David Bowie, Motley Crue).

Dereak knew he wanted to pursue singing as a career while in High School in Iowa and started honing his chops with local bands. After high school he moved to Dallas to pursue his music career professionally. His ﬁrst contact was with Dallas native Javier, who was making a name for himself playing in Jagermeister sponsored bands Mudﬂap and Pimpadelic. The two bonded at a show and became the genesis of Messer. While looking for a place to get his hair cut, Dereak walked into Maddoxâ€™s Hair salon on a whim. The two struck up a conversation about music and another connection was made. Kenny was traveling from his home in Canada to an audition in Phoenix when his car broke down in Dallas. He ended up staying in town and found success playing with the band Strangleweed, who made an appearance on the nationally televised Courtroom show “Eye for an Eye”. That caught the attention of the members of Messer, and Kenny became part of the family. Donnie was playing in various Dallas bands and gaining attention as an award-winning Tattoo artist. Maddox would play Donnie tracks the band was working on and in turn, Donnie would play music he was recording at his own home studio. As Messer continued to develop as a band, they knew they wanted to add an additional guitar player, and they all agreed that Donnie was a great ﬁt. The lineup for Messer was solidiﬁed.

In 2019, Messer, with producer Chad Gendason, teamed with Splice.com on a remix contest for their most recent single, “Single Man,” which ultimately led to hundreds of submissions branching all corners of the electronic genre. Due to the overwhelming response, the band and Gendason collected the top 23 remixes to package into a powerhouse remix album, RE:TURN RE:VISIT RE:MIX, which is set to release via Maddpants Records on April 10, 2020.

MESSER is a band that is building a brand of new rock that blurs the line between nostalgia and modern art, leaving the listener with a sound that is not only familiar but also NEW and ADDICTIVE.