Chicago based Progressive Thrash Metal Band AFTERMATH has released the lyric video for “Scientists and Priest.” Originally premiered on Decibel Magazine, “Scientists and Priest” is off of the band’s recently released LP, There is Something Wrong, which is available in physical CD and vinyl in stores and online at Amazon, Barnes and Noble, and other retailers (below).

“People find false comfort in either science or religion. The institutions have been corrupted and are used to divide the masses into two camps. It’s the perfect scam having people argue over what’s the truth. The truth is that organized religion and science are full of shit and used to deceive us and keep us fighting each other. Institutions are tools of suppression and none are better at it than the ones telling us to worship false idols and blindly believe in fake science.” — Kyriakos “Charlie” Tsiolis 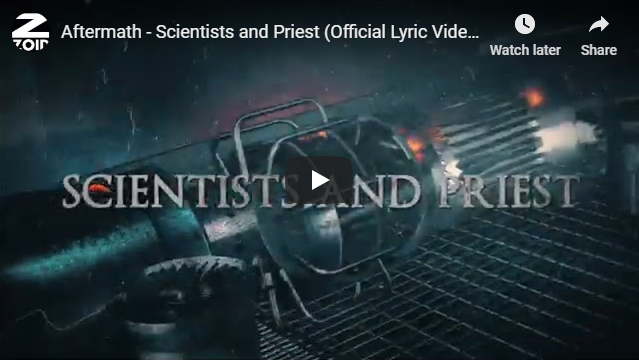