Wisconsin based Metalcore band VERSUS ME has released the official music video for “Give Me a Reason,” the third single off of their upcoming LP, CONTINUOUS, due out 9/13/2019. 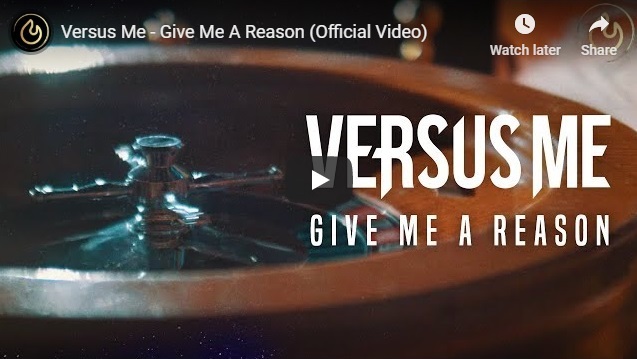 “From the first time we demoed out ‘Give Me A Reason’ we knew that it was going to be a special one. Instrumentally that song just had a way of capturing your attention and we wanted to make sure that we put vocals to match. The song is about an having an addiction and needing to separate yourself from that. That could be anything from drinking, drugs, gambling, video games….you name it. This is our first “lighter” single off the album so it gives everyone a taste of the variety that’s going to be on this album. There is a song on ‘Continuous’ for everyone. Remember, pick up the album on 9/13!” – VERSUS ME