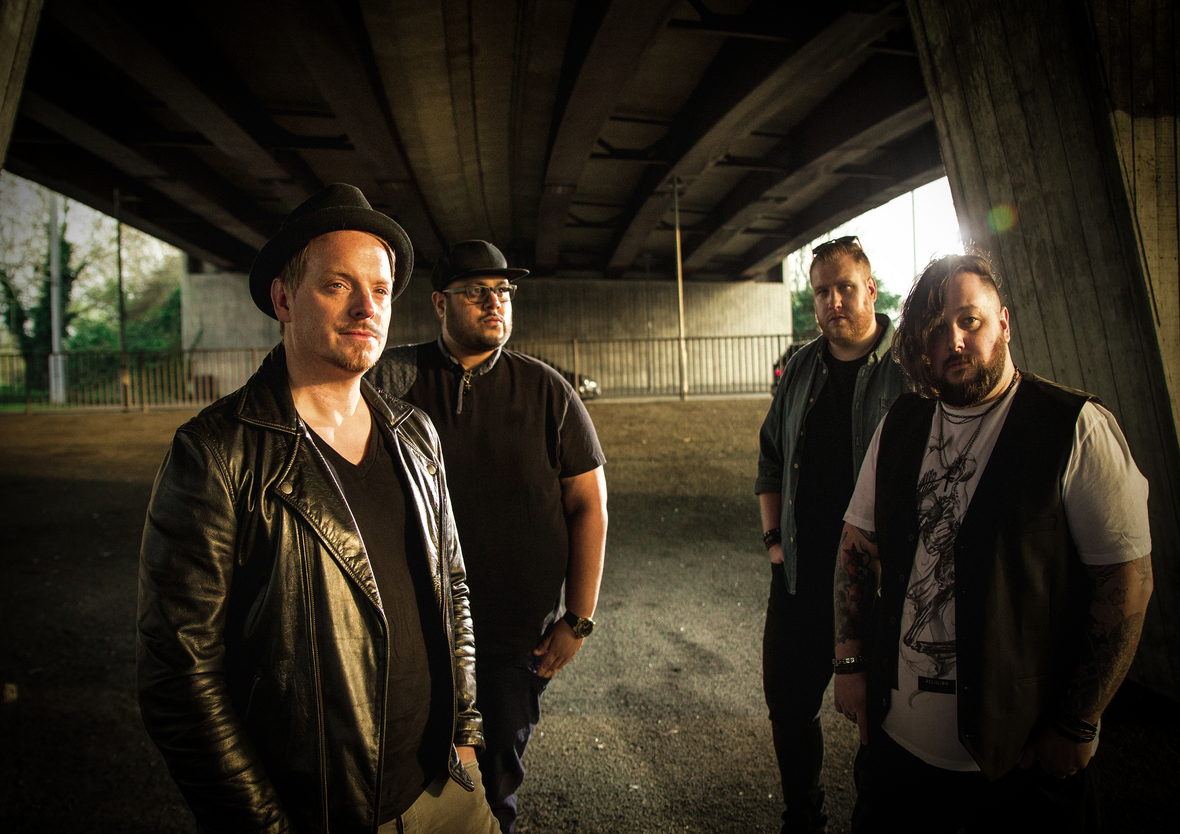 UK based, Southern Rock Band LONELY DAKOTA has released the official music video for “End of Days,” the title track off of their hotly anticipated, debut EP, due out June 28th. 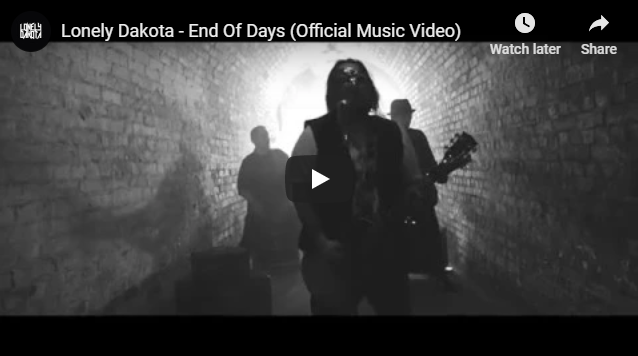 The End of Days EP for us stitches together years of hard work and refinement, offering our fans the very best of each of us. A mix of riff laden hard rock tracks and emotional, thought provoking ballads. This isn’t just music to us, it’s our lives laid out for the world to see, at around 140bpm. If nothing else we hope that the message to the listener is clear, whatever it is you’re going through and whatever burden you carry, you’re not alone. We are with you.

Every sore-throat, snapped string and broken drumstick has led to this moment. Every dark thought, sleepless night and act of poor judgement has led to our story. 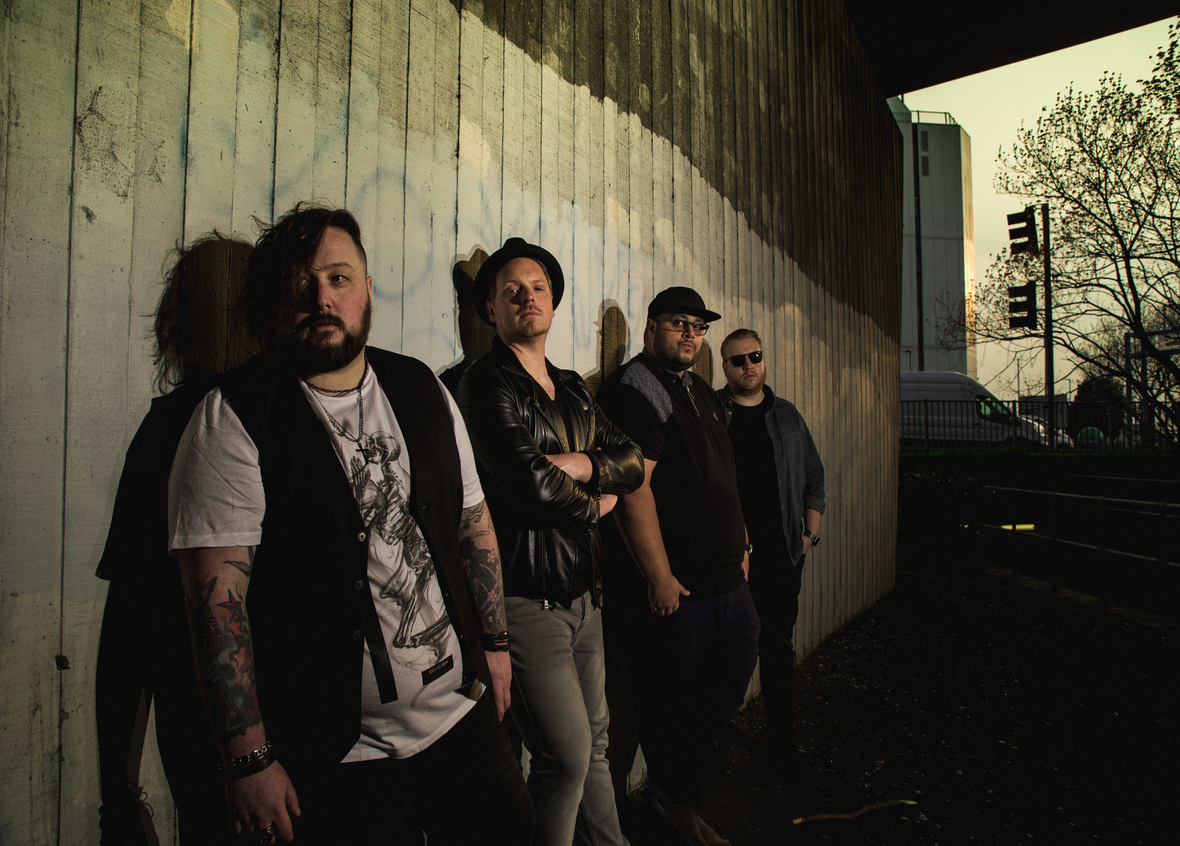 Lonely Dakota was originally the brain child of Paul ‘PJ’ Jackson and started life as an Indie band on the Southampton and London circuits, receiving moderate success supporting acts like Lonely The Brave, but PJ’s passion and influence had always been for rock music…

In December 2015 PJ set to realize his vision of an LD infused with cutting and melodic lead guitar with mammoth power chords, thunderous bass, technical but driving drums and gritty vocals.

In January 2016 Luke ‘VonDee’ Varndell would meet Jackson and a rabble of other musicians in a damp ‘would be studio’ in the arse end of nowhere to audition for lead vocals. Having prepared lyrics beforehand the band quickly began to meld together, and fan favourite ‘Medication’ began to take form. VonDee had never fronted a band before, having previously been a solo acoustic act, and felt naked without his own guitar around his neck. However with the support and encouragement of Jackson his confidence, ability and range grew. In a moment that would have made Marty McFly proud, they had both found ‘that new sound’ they had been looking for.

In April 2016 Lonely Dakota would release their first single, ‘
“On The Rise.” Recorded at the Ranch Production House, it received local radio success and LD went on to play a string of shows supporting acts such as SOiL, Wilson, and Reigning Days. Later the same year they released their second single, “Low Life,” via Revolver Records, but continual changes to the line-up saw the momentum dwindle. Due to disagreements and other commitments, the band lost its rhythm section.

Not to be deterred, and wanting to preach their songs to the masses, Jackson and VonDee set about reconstructing and breathing new life into LD.

Terry ‘Tez’ Jenvey would join the band in the Summer of 2017 providing thunderous bass guitar and giving a new momentum to the band. In November 2018 LD returned to the Ranch Production House, with producer Kurt Fagan, to record their new Southern Rock ballad ‘Dead Stories’. This would go on to receive national airplay on Planet Rock’s ‘The New Rock Show’, with Wyatt Wendels.

LD once again began to gather traction on the local scene developing a loyal and growing fan base. In February 2019 Lonely Dakota would become fully formed into the Southern Rock Powerhouse it is today with the addition of Craig ‘The Machine’ Sepala on drums. Sepala’s years of drumming experience and technical playing has helped to push Jackson, VonDee, and Tez to play harder than ever before. Leading to live shows laden with ‘behind the head’ solo’s, chest pounding bass, raspy and haunting dual vocals and earth-shattering drums.

In April 2019 LD once again returned to The Ranch and recorded their debut, five track, EP. Featuring forth coming singles, “End of Days” and “Overdrive.”