Watch the video for “Claudion”

From The Series of Songs “Altogether Unaccompanied” Vol. III & IV

out now on Luminelle Recordings

Helena Deland is about to embark on the first U.S. Tour Dates in support of her latest release. Montreal’s enigmatic singer and songwriter to watch will play Chicago before hitting Cleveland and Pittsburgh for the first time, along with select dates on the East Coast, before wrapping things up with a couple of co-headline dates with Buzzy Lee in San Francisco and Los Angeles.
Helena recently finished a run of dates in Europe, including an appearance at Pitchfork Music Festival Paris:

“on Halloween, Helena Deland, the Montreal-based synth-pop artist who just released her debut project across four small volumes, wore a bit of skull makeup, playing in the corner of the jazzy looking Chapelle des Lombards on a bustling side street in the Bastille. She sounded great, humble, her songs textured, small, yet full of mass and romance.” – Pitchfork
12/01 • Chicago, IL • Schubas Tavern 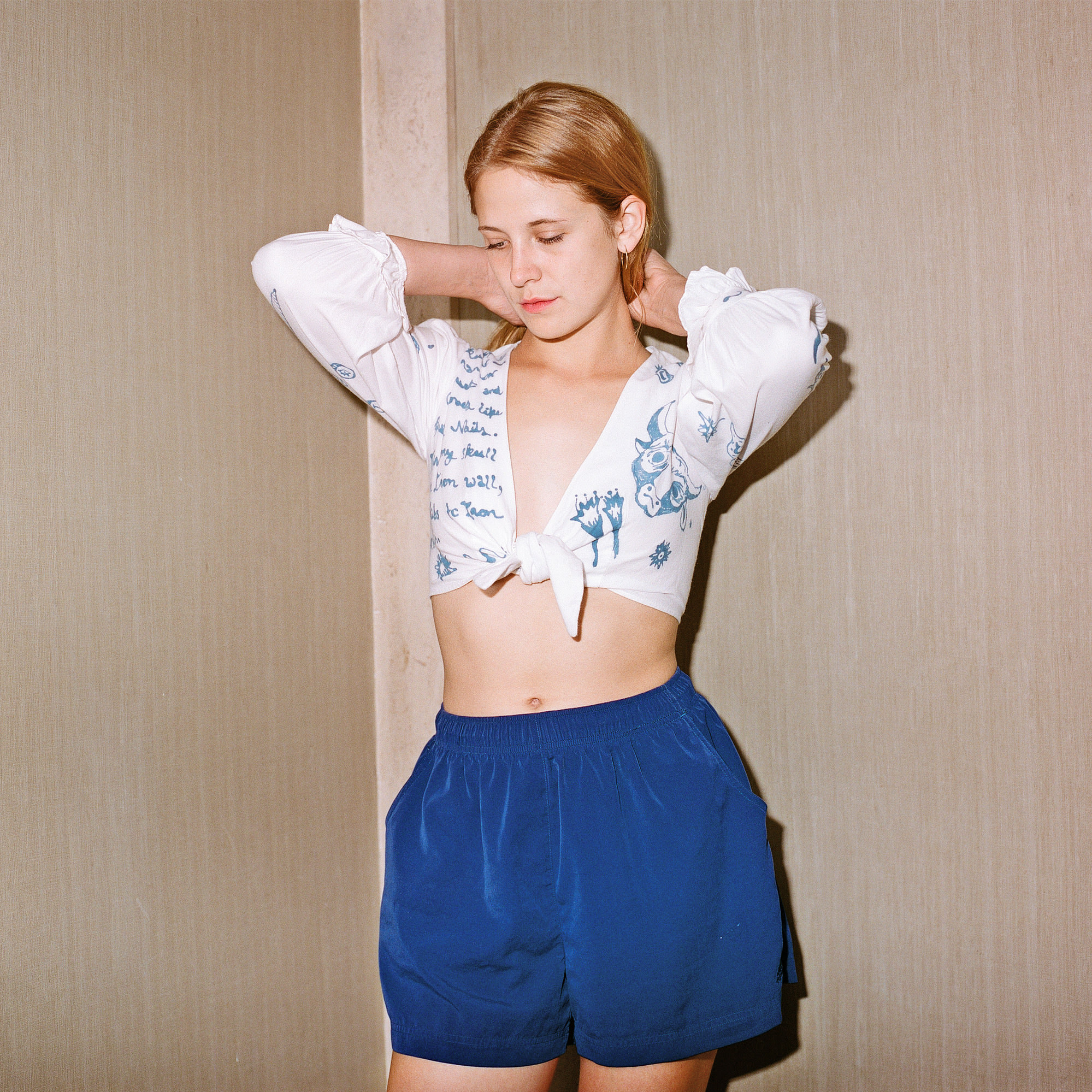 (photo: Maya Fuhr)From The Series of Songs “Altogether Unaccompanied” Vol. III & IV was announced in late July with the synth-pop gem “Claudion” via The Fader, who called the song “a sleek affair with soft, pulsating synths.” landing Montréal’s Helena Deland at the top of the Hype Machine artist chart, eventually making it onto Pitchfork’s100 Best Songs of Q3 2018.

A beautiful, affectionately choreographed video for the song premiered in late October via Pitchfork TV.

Watch the video for “Claudion” over at Pitchfork TV HERE.

Helena’s new collection of songs, From The Series of Songs “Altogether Unaccompanied” Vol III. and IV. was released on October 19th via Luminelle Recordings, and also features the intimate acoustic guitar-laden “Rise” which saw Helena fall “into a gentle, dreamier state” according to Stereogum, wherein Helena plaintively expresses a desire for intimacy with an avoidant person, along with the single “Lean On You” which ended up on Pitchfork’s What’s Good This Week playlist, and deemed one of Under The Radar’s Best Songs of the Week.

Praise for Helena Deland and From The Series of Songs “Altogether Unaccompanied” Vol III. and IV. out now on Luminelle Recordings:

“‘Think of something you’ve seen breaking down,’ Helena Deland sings in “A Stone Is a Stone,” from the not-quite-an-album, “Altogether Unaccompanied,” that she has called a “series of songs” and began releasing bit by bit in the spring. The songs are by no means a cappella; this one starts as a lo-fi waltz and gathers a full folk-rock band. She sings about knowledge and disorientation, discord and reconciliation; the music tells the same story.” – The New York Times

“Across four short volumes, the Montreal singer-songwriter introduces a lonely and diverse set of songs written with an exceptional eye for melody and texture.” – Pitchfork

“a sleek affair with soft, pulsating synths, and her smokey voice builds up to a hook that dazzles like a handful of glitter in the air. If you have not been fully converted to the lures of synth-pop yet, this will do it for you.” – The FADER

“The beat of this song mimics a heart’s, making you feel even more physically connected to the soulful lyrics Helena Deland croons than you’d thought possible.” – NYLON

“It begins with a bouncy dance-oriented keyboard riff and eventually expands into chamber-pop house music of a sort — or at least a dream choreographed in time with a heartbeat.” – Stereogum 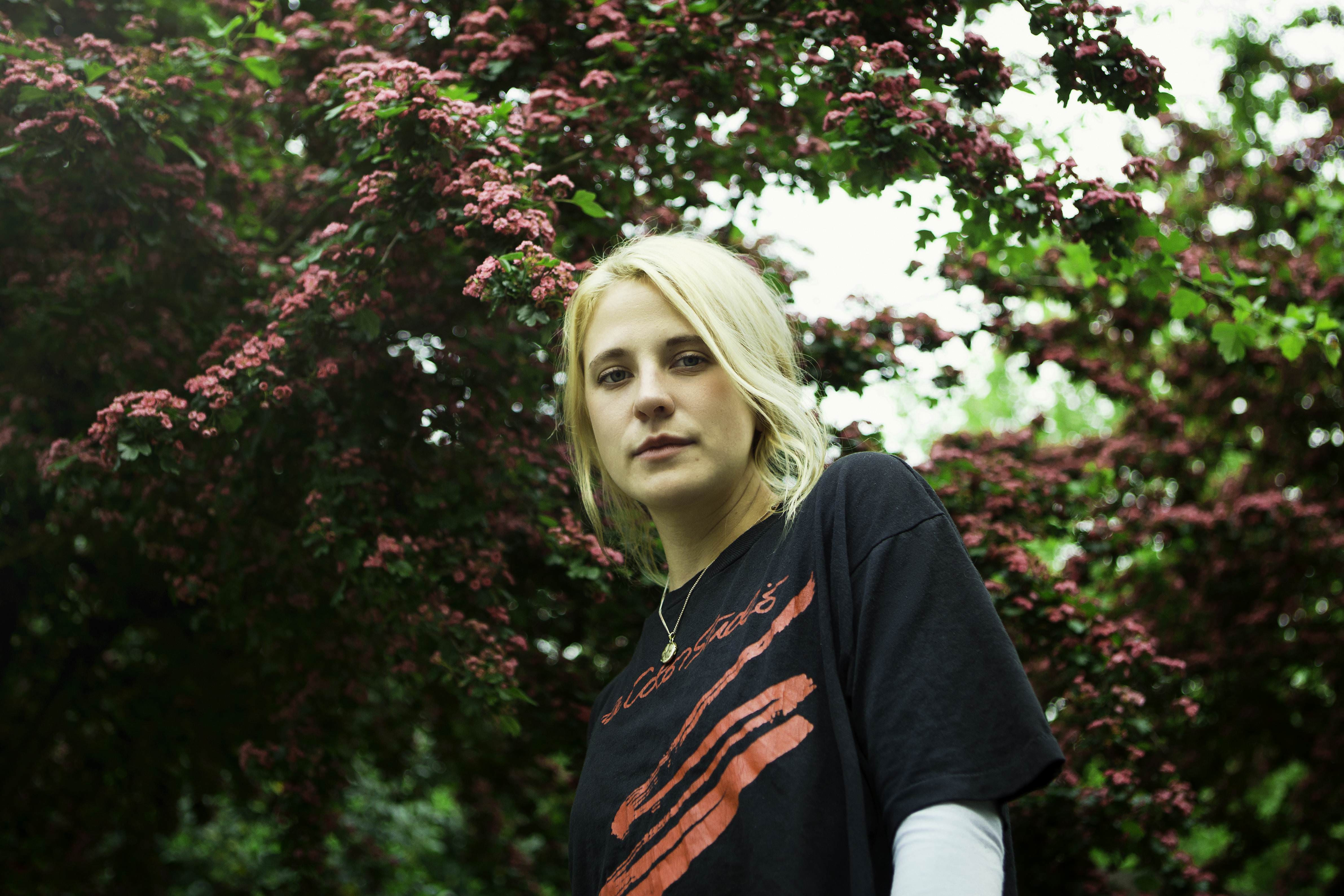 There’s no discernible pattern to Helena Deland’s latest release. On the third and fourth volumes of From The Series of Songs “Altogether Unaccompanied” the Montréal-based artist has amassed a collection of memories in song form, more like a box of old photos or unsent letters than a traditional EP.
“The songs are to be considered as their own little things,” she says about her unconventional release structure. “They are part of something larger, yes, but they live on their own.” As a listener, however, there is an undeniable cohesion to Vol. III and IV, and to the previous iterations of the project: each song is nostalgic, intimate, and indelible.
The tracks range from tender folk, to synth-infused pop, to 80s-inspired alternative. Deland describes these changing tonalities as the “atmosphere” of each song, and it fits. “Two Queries” is a thick, warm fog in its haunting harmony and stripped-down guitar. “Claudion,” a colourful dance track, feels like a summer day.
Helena’s songs are memories; beacons of particular moments in time that extend to encompass a deeply relatable sense of melancholy. “A Stone is a Stone” is particularly cinematic in its build, like the climactic scene of a period romance.
References abound, but the sound is all her own. Musical and literary influences weave through with ease, underscored by her dynamic vocals and clever lyricism. Deland’s constant journaling has allowed her songwriting to mature organically. “You leave all the people before they know it,” she sings on “Rise,” and you feel it.
“I’m learning to be really patient,” she says, “I can’t really force writing. When I’m ready to write a song the words and melody are usually there.”
Helena Deland – TOUR DATES

Luminelle Recordings is a new record label formed in collaboration between the creator of Gorilla Vs. Bear and House Arrest, Fat Possum’s distributed label arm. They launched in early 2018 with releases by Helena Deland, Anemone and Hana Vu. Read more about Luminelle over at Billboard.