Young musicians come to Nashville to chicken-pick and twang. They come to sing about trucks, girls and girls in trucks.

Not so with Future Thieves. They came to rock. 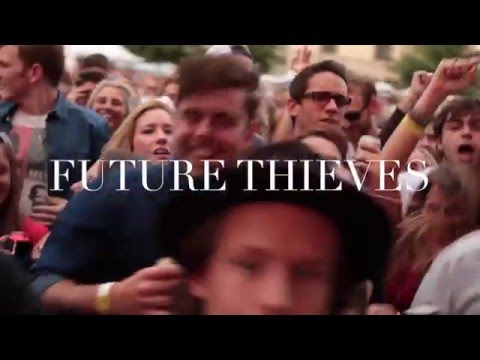 You hear it in the first seconds of the first track of their first album. Horizon Line, available now on all major digital media, kicks off with a punchy drum intro. Then the band comes in: a quiet verse with urgent lead vocals, crashing guitar chords and thundering bass licks power into the chorus and then it ends suddenly, leaving listeners exhilarated and hungry for more. 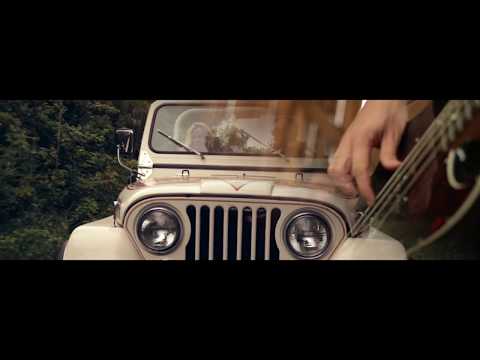 That first track, “Rosie,” is just the beginning. Throughout Horizon Line, lead singer/rhythm guitarist Elliot Collett, lead guitarist Austin McCool, bassist Nick Goss and drummer Gianni Gibson lay down a sound so compelling that you’d think they’ve been hammering it together for a decade on the road.

In fact, Future Thieves is just a little over two years old. Yet in that brief time, they’ve stirred up plenty of attention from fans throughout Music City and then beyond the city limits, onstage at Bonnaroo and Summerfest and back home for Live On The Green, on tours with the Black Cadillacs and 10 Years and at venues in Boston, New York City, Philadelphia, Atlanta and throughout their expanding territory.

They’ve also garnered press raves any band would kill for. Read what No Country For New Nashville had to say about one of their local shows: “They oozed charisma from the start. … Halfway through their set, a buzz could be felt in the air, like we were all at a legitimate big-time rock show, with national touring headliners. … They were pulling people in off the street in droves. Tourists, locals, vagrants, all bobbing their heads to the beat. … The band was dripping in sweat, giving it their all and rocking so f**cking hard it was easy to forget that we were just a stone’s throw away from country cover honky-tonks.”

Similar accolades have greeted the release of Horizon Line, with Rory Brown of Brown Town Productions noting, “This record is jam-packed with energy, rock and well thought-out songs that draw your ears in immediately and never let go until the last note of the last track.”

All of which leads to some fundamental questions: How did Future Thieves get it together and hit their high peak of excellence so quickly?

It comes down to the four guys involved. Austin and Nick grew up as friends in Evansville, Indiana, and went to Purdue University together. Four years ago, after graduation, Austin moved with his band at the time to Nashville; Nick followed after a while, ostensibly for music industry studies at Belmont University but inevitably to start a new band with his buddy. Meanwhile, Elliot made his own say to town with his band from Kentucky, got to know Austin and Nick and joined their search for a perfect drummer. They found him in Gianni, whose journey began in his hometown of Los Angeles and continued with traveling to the East Coast with a band. He eventually spent time in London before deciding to check out what was going on in Nashville.

They began by learning some songs that Elliot had written while spending a few months in L.A. “Then,” Nick recalls, “about two weeks into it, we decided to start jamming out some new stuff. About a month later, we had enough songs to play a 30-minute set at The Basement.”

Before getting to that debut gig at one of Nashville’s most respected showcase venues, pause to consider how Future Thieves create new material. “We’ve always had a collaborative process, without discussing much in advance,” Nick says. “It just kind of happens. Except for ‘Liar’ and ‘Joel’s Song,’ which Elliot had written before we got together, everything on Horizon Line began with all of us in the same room. Austin might have a guitar riff or Elliot will have a chord progression or Gianni and I will have an idea for a groove. Then it gets hashed out instrumentally, with Elliot fitting lyrics to match the feeling of the song. We get instant feedback into how it’s going to sound when we play it live.”

In other words, right from the start, the music of Future Thieves is based on the excitement of real-time, live action; performance is embedded into their writing. This explains much of why they rocked The Basement at their first show.

But there’s more to their sound than that. Each member of Future Thieves plays a distinctive part in defining the feel and personality of the band. “Gianni brings chops and execution and amazing talent to not only match the song but throw something interesting into it,” Nick says. “Austin has listened to a lot of bands — Brand New, Delta Spirit, Local Natives — that build up their sound with minimal but huge guitar parts and lots of effects. Whatever he plays, it’s always unique. And obviously, Elliot has a very impressive set of pipes; he’s sung everything from country to folk to Ryan Adams as he was growing up. And his singer/songwriter mentality is essential to what we’re doing.”

(As for his own contribution, Nick is a bit modest, suggesting “I try to keep it creative.” Just check out his restless, riff-driven work on “On Fire,” “The Floor” and pretty much every other track on Horizon Line and draw your own conclusions.)

Most of Horizon Line was cut in the band’s basement studio, with Elliot, Austin and Nick playing live as Gianni laid down the drum tracks and then layering their final parts afterwards. With performance being the seed of each song, capturing the thrill of their live sets in the studio proved no problem. “We’re always excited to play,” Nick says. “Even if we’re rehearsing down in our studio, even if it’s the third time we’re doing a tune, we’ve got that energy because we know how important it is that we’re doing what we do. I don’t think we’ll ever lose that.”

That’s evident in the thrashing power of “Secret,” in Elliot’s wordless vocal ecstasies at the peak moments of “Liar” and the magical “Golden State,” the title track’s aching romanticism and the crescendo from delicate intimacy to deep, keening emotion on “Joel’s Song,” with Leah Blevins’s guest harmony adding to the urgency conveyed by Elliot’s vocal.

As for the band’s horizons, Nick can only marvel at their ride over these few brief years. “Honestly, it’s been incredible, almost like a snowball effect,” he says. “We’ve always wanted to be known as a pretty straightforward rock band. There’s not any fluff to what we do. We’re really just an old-school rock band from Nashville.”

Again, Nick’s modesty is becoming. But the truth is, with major festival dates already behind them, a killer album in their pocket and the likelihood of even broader acclaim just around the corner, for Future Thieves the horizon line has no limits at all.