RUNNING Premieres “This Is A You Problem” On Pitchfork

The screech. The wail. The slanted-floor nausea. There’s not a word for the signature cyclical howling that Chicago’s RUNNING have harnessed and tortured into submission.   They play with their food before they eat…flay into a terse punk trance, a Kraut-beat psycho riff for ages, mesmerize or terrorize…but invariably they unleash The Sound upon us just when it seems most likely to bring back your lunch. That they’ve built such a mean, spare, and evil band around such chaos is to our benefit –  the circular mayhem alone would be a fascinating stand-alone curiosity – but lucky for us, they’ve captured their cacophonous, rotten heart in the black glove of blank-stare punk. Corrosive, serrated, and bilious, RUNNING have conjured a lurking creeper of a record in Vaguely Ethnic. It’s nasty, it’s antisocial, and we’ve got a feeling you’ll like it. Out on Castle Face Records August 6th. 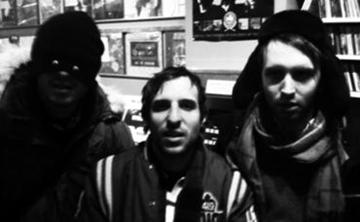