Chicago’s Walking Bicycles have been making their own brand of bombastic and peculiar music since 2004. Their newest single (7” / MP3) due out July 30th, 2013, showcases material from their upcoming fourth release.

Recorded at Electrical Audio Studios and mixed bySanford Parker, “So” and “Badada” once again bring listeners into Walking Bicycles’ world, imbued with struggles, failures and life’s unforgiving nature; yet there are glimpses of acceptance, understanding and peace that only come from experience.

Walking Bicycles sound has been described as ”evoking early, abrasive Siouxsie and the Banshees and even touching on Clinic’s more frenzied forays into noise pop.” (The Onion)

Their upcoming full-length is due out first quarter 2014 on the band’s owned and operated label, Highwheel Records, which has released albums from Airiel,Unicycle Loves You and My Gold Mask, to name a few. 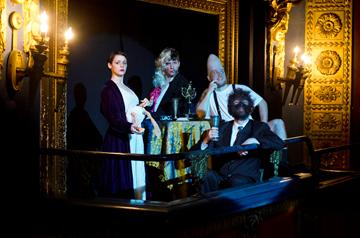