Click Here To Watch “The Way” Video On Noisey / Vice

“The ‘Spaces’ album and accompanying live shows are sure to elevate Mixhell into the premiere league of electronic acts.” – DJ Mag

Their first single, Exit Wound, featuring vocals from Dillinger Escape Plan’s Greg Puciato, was released to rave reviews, being coined as a subtle but sexy track perfected by the live percussion performed by Cavalera, resulting in a tightly coiled, urgent masterpiece. DJ Mag called the track a rock and rave delight with sleazy vocals, squirrelling electronics and power-funk drums. The music video for the single premiered on Noisey, and was directed by Brazilian phenom Thiago Zanato.

The album, mixed by Gui Boratto, blends old and new, taking the best elements of both dance, electronica and rock to create a fresh and exciting sound that’s entirely Mixhell’s.  Their live performances combine live percussion and dance fusion to create an incredibly engaging, wild and exciting show. In addition, they’ve enlisted the help of constant studio collaborator Max Blum, who will add bass guitar to their already unique and intricate sets. With a few dates lined up this summer, including the legendary Glastonbury Music Festival, and a full fledged tour in the works, it doesn’t look like Mixhell shows any signs of slowing down.

Last Gang Entertainment is a recording, management and publishing company founded in 2003 with offices in Los Angeles, London and Toronto.  In addition to launching Metric, Death From Above 1979, MSTRKRFT and Crystal Castles, the label has combined successfully with LIGHTS, Chromeo, The New Pornographers, K-OS, Boys Noize and Tiga on varied licensing deals.  The distributed division (Last Gang Labels) has partnered with a variety of artist and label clients, including Nightbox, Trouble Andrew and boutique electronic label Turbo Recordings. 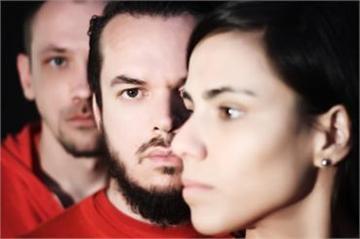