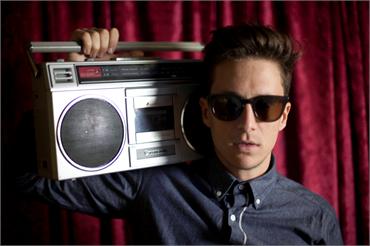 Victory is the music project of Los Angeles-based multi-instrumentalist Robert Fleming who produces new songs that are at once fresh, familiar and focused.  ‘Demonstrations’ was the first offering from Victory, a 7-song EP self-released in September 2011 and his first full length is set to see the light in April 23rd, 2013.  Victory crafts a sound that is both a throw-back to psychedelic 60’s British rock as well as an homage to today’s thriving independent music scene.

In his freshman debut, Fleming comes out of the gate with a consistent release that is a unique approach to pop rock. With a gravelly blues tone in his voice, Victory’s mastermind brings a definitive swagger and charisma to his thumping party starters. Take for example his singe “Play It”, which was featured in a Cadillac XTS commercial. It’s got the vibe of a party-hopping late night bender fueled by the energy of gritty synth bass lines and LCD Soundsystem-esque vocal chanting.

There is something slightly retro, slightly Atari 2600, slightly Betamax, yet strikingly current about Victory’s style. Rhythmically there is a high level of sophistication present, and the percussive arrangements and production are distinctly modern in there approach. The album Victory Is Music as a whole is definitely an energetic ride throughout, stylistically maintaining a gritty blues electro pop vibe. Overall this is a strong entry for this LA-based newcomer who finds beauty in the everyday noise of the city, and art in the conflict of the day.

Check Out The Video For ‘Play It’ 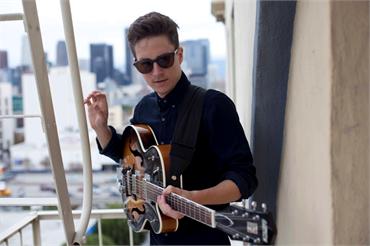 Purchase ‘Play It’ On iTunes

One thought on “REVIEW: Victory’s debut album “Victory Is Music” brings a little neon VHS retro to the party”