Globetrotters Eric and Magill have created an interesting new collection of music on their new EP Two Travelers. Ryan Weber and Eric Osterman are a testament that distance is no barrier to making beautiful music. Weber is in the Peace Corps in Kenya, while Osterman is settled in Brooklyn. With little more than Wi-Fi and laptops, they’ve developed a collaborative relationship across time zones and continents.

From the opener, “Tangled Up In Nets”, you can tell there is something unique about this music. Amidst a glimmering electro pop rock backdrop, they somberly and delicately deliver a mouthful of echo laden lyrics dealing with the potentially mind bending concept of universal interconnectivity. However, their song writing chops are so on point that they can lull you peacefully into their world of indelible cosmic melodies without you realizing the gravity of their lyrics.

Vocally the work on this EP is diverse, and there are times of distinct two-part harmonies and also times of vocal singularity. Both work to deliver the band’s lyrical message in coherence with their eclectic instrumentation and swirling pop rock rhythms. The lyrical delivery ranges from energetically urgent to discreetly whispering, and stays aesthetically relevant throughout. They have crafted a number of gems in true pop rock fashion and format, while at the same time peppering the soup with little surprises throughout.

Originally from Milwaukee, they first played together in Camden, an indie favorite with shoegaze flavor. After only a handful of EPs and one stellar full-length – the gorgeous Reel Time Canvas, produced by Chris Walla (Death Cab for Cutie) – they disbanded while on the brink of bigger things. After they disbanded, Osterman followed his heart to Michigan and Weber enlisted Camden alum William Seidel to form the indie-folk outfit Decibully while moonlighting with The Promise Ring. The two friends drifted apart as you do when life happens, but not so far that they couldn’t easily fall in with each other again.

In 2007, Weber took up a teaching post in Armenia for a year; it was in this faraway place where he began the initial sketches of a new project. Reaching out to Osterman was a natural step; writing together again was a matter of exchanging tracks over email. Taking the concept one step further, they invited myriad friends to participate, including members of Shearwater, Dirty Projectors, Owen and a slew of hometown heroes like Maritime, Hey Mercedes, and The Championship. The resulting record, All Those I Know, is a dream-pop composition marked at times by lush reverb and at others, by delicate folk melodies. Released first as a free download in the late winter of 2010, it was pressed in limited-edition vinyl (Ten Atoms) the following summer.

Forever traveling, in 2011 Weber joined the Peace Corps in Kenya while Osterman relocated to Brooklyn. Apart from the inherent challenges of place, little had changed in their creative process. Still the laptops, the Internet connection, the revolving cast of musicians – this time including (amongst others) members of The Delgados, Snailhouse, and Faunts. Night Singers builds on the framework of All Those I Know, building upon the band’s hallmark vocals flush with reverb. The end result is an album full of glittering, hushed moments juxtaposed against electro-pop gems.

The coming year will see the release of Night Singers (May) preceded by an EP, the aptly titled Two Travelers. At times reassuringly uplifting while at others worrisome and haunting, Two Travelers is the culminating creative outpouring of two individuals traversing the ever-changing simultaneous multiplicity of our modern landscape.

Praise For Eric And Magill: 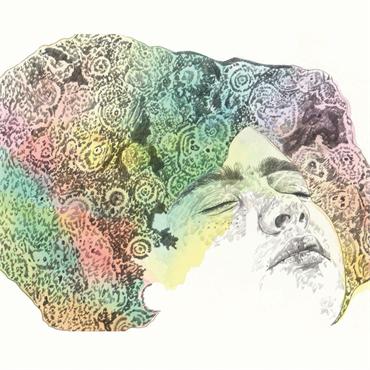 “I became instantly hooked to every note, every harmonic hum, and every cavernous sung word. “ — Tympanogram

“From it’s colorful and sweeping soundscapes down to it’s quiet whispers, ‘All Those I Know’ is an undeniably gorgeous record that will have you captivated from start to finish. Imagine that you’re on a road trip with your best friend, have a light conversation and enjoying the afternoon sun… ” –Sloucher 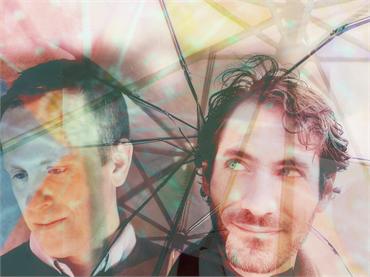