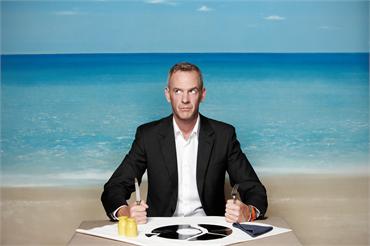 Rarely is one able to sum up an album with simply a phrase, a word, or even better a number. On Fatboy Slim’s most recent outing, it seems that time has come: 303. That’s right. TB-303 to be exact. This album is absolutely melting with dripping 303 lines that harken back to the golden age of Acid House music. And it is full of bangers! The squirming, squelching chirp, originating from innovative Chicago house music pioneers in the 1980’s experimenting with the Roland TB-303 bass synthesizer, is so contagious and energizing that even the stiffest wallflower at the party might just have to get down and shake it.

What better time for Norman Cook aka Fatboy Slim to blow minds with such a jumping set then at a mega-gig at Brighton, UK’s Falmer Stadium. Cook said that this gig was special –  “I was involved with the fight to get Falmer built – I took a petition to Downing Street, I went on the marches – so it’s a celebration of Brighton, it’s a celebration of getting the stadium, it’s celebration of my links with the Albion, it’s the icing on the cake for all of us”. Though Cook was integral in getting Falmer built, that didn’t stop him from tearing the walls down with his schizophrenic house-rocking mixes. It’s all here – classic Slim tracks, cut, snipped, mashed, and mixed along with unheard bits and other party anthems (“Put your hands up for Detroit”,  “In The Annex”, and “Bird of Prey” to name a few).

This set is also a bit of a symbol, epitomizing  just one in a litany of amazing-sounding shows that Cook has played recently, a faintly deranged global journey stopping at all points from the Big Brother house in Brazil to the Great Wall Of China.Playing a DJ set there, he says, was “one of those boxes that needed to be ticked off”, as if everyone has a to-do list stuck to their fridge with PLAY DJ SET ON GREAT WALL OF CHINA just below GET MORE BIN BAGS and DENTIST’S APPT. “Everyone said it was like playing at an M25 rave. It was in the middle of nowhere, two hours outside of Beijing, right by the Mongolian border, in the car park of the tourist center. There’s nobody there at night. We’d had our gear impounded at customs, we were fully prepared for the idea that it might not happen. And 5000 people turned up. Projecting lasers onto the Great Wall Of China! I don’t know how we got away with it.”

He still heads into his studio to chop up other people’s tracks for use in his DJ sets, to which end, he clicks a button on his laptop and out bursts a highly improbable mash-up of Queen’s Bohemian Rhapsody, Armand Van Helden’s New York City Beat, The Incredible Bongo Band’s Apache and Prokoviev’s Peter And The Wolf, which is simultaneously brilliant, entirely ridiculous and the kind of idea that only Norman Cook would have. But at the moment, he’s concentrating on DJing rather than making records. “I did 70 gigs last year,” he says. “I’ve never done that many before. I’m just really enjoying doing the gigs, as a career. This is my job, I love doing it, I still seem to be getting away with it.”

These days, Cook’s show involves not just playing his own patented brand of “party acid house”, but a complex audio-visual production. “I’m technically a video jockey now. We write scripts for all the tunes, make films. In the past, I used to have to literally hold up the next record I was going to play to the guy who does my visuals, and he’d have to find the images to match it. And they were never synched. But now, because of the technology, no matter what speed I play at, even if I just chop quickly into it, the visuals are all synchronized. It’s a show.”

There’s more: DJing back to back with Carl Cox, unwittingly becoming FA’s “official World Cup DJ”, a forthcoming tour of “nice characterful old ballrooms in Britain”. It goes on and on: it shows no sign of stopping. “Oh no. I love it too much. I can still get away with it. It doesn’t matter that you’re old and bald and grey and fat, because you were never a sex symbol in the first place. We’re pushing new limits. No one knows what the cut-off age limit of a DJ is. And apparently, it’s not yet.” Norman Cook roars with laughter. “I take great delight in that.” 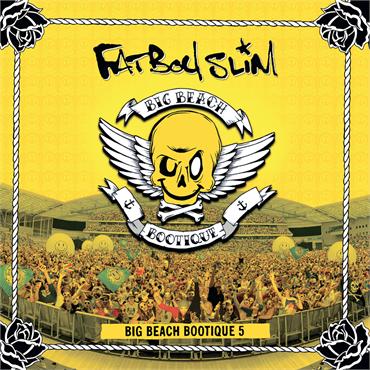