Chicago based Progressive Thrash Metal Band AFTERMATH has released the Official Music Video for their song “DIETHANASIA.” Originally premiered on Metal Injection, “DIETHANASIA” is the third single off of their upcoming LP, There is Something Wrong, due out 2/15/2019 digitally via Zoid Entertainment, INGrooves, and TLG, and CD release in March, and European CD / Vinyl also in March on Sleaszy Rider Records. 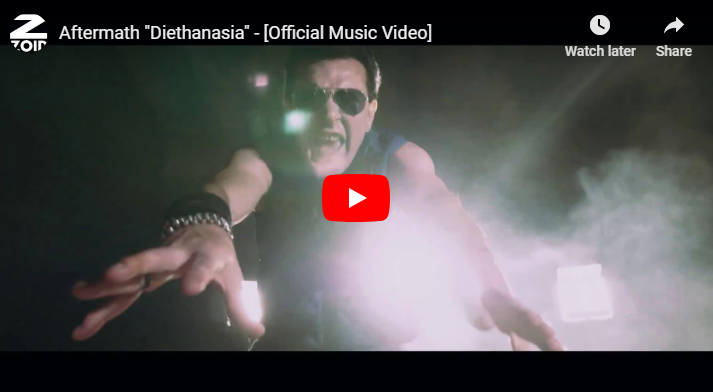 “‘Diethanasia’ is the embodiment of the fury and fire that so powerfully defines Aftermath. In a darkened room with minimalist spotlights cast upon each member thrashing in a foggy soundstage, the quick cuts, muscular riffs, and furrowed brows by director Davo create an unrelenting visual experience, perfectly complimenting the frenetic energy of Aftermath.” – Metal Injection