Castle-Face Records is proud to announce the release of Hands On The Controls, on vinyl for the very first time, by the late, great sweat-n-fun factory Coachwhips. If you’re unfamiliar, pull up a chair – helmed by John Dwyer (currently of Thee Oh Sees) from 2001-2005, they were fast, nasty, unintelligible, brutally and primally basic. A telephone through a guitar amp, half a drum kit, a shitty Casio organ, and primal speed-trash riffs never sounded so good. Hands On The Controls was their first studio album and criminally never came out on vinyl – we’re here to remedy that. Dwyer has kindly opened the crypt and added 6 never-before released tracks to sweeten the deal, we’ve remastered the tracks for maximum bludgeon, cleaned up the artwork and even added some period photos from his own personal collection. Early ditties like “That Bitch Is Gonna End Up Dead”, “N.Y.C. L.O.V.E.” and my girlfriend’s personal favorite, “Look Into My Eyes When I Come” will leap off of your turntable, do all of your drugs, and will almost certainly get you in trouble. It’s out on Castle-Face September 3rd. 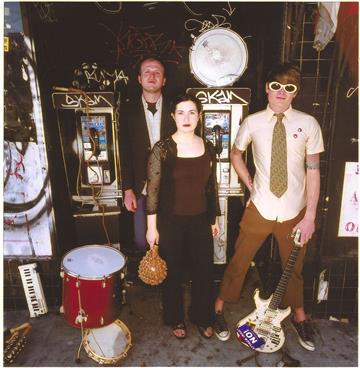