Is it possible to be nostalgic for the future? Brooklyn synthpop duo Great Good Fine OK met one evening in 2013 and by the next morning had written their first song together, “You’re the One for Me,” a gauzy, heart-thumping anthem that hit #1 on Hype Machine twice in one month and instantly established the group’s sound with Jon Sandler’s dancefloor falsetto soaring over Luke Moellman’s lush post-Space Age production, the perfect soundtrack for retrofuturism.

An EP, Body Diamond, soon followed, as did a slate of shows at that year’s SXSW festival and a deal with Neon Gold and Epic Records. In 2014 GGFO’s second EP, 2M2H, reached #10 on the iTunes dance chart and featured the St. Lucia collaboration “Something to Believe In,” which premiered on Entertainment Weekly. In keeping with this collaborative spirit, GGFO co-wrote and performed on The Chainsmoker’s single “Let You Go,” recorded a cover of Phil Collins’s “Easy Lover” with fellow Brooklynite Panama Wedding, and produced the song “Shapeshifting” with Irish folk-pop singer Orla Gartland, whom Jon and Luke met after their headlining show at Notting Hill Arts Club in London. They have also remixed songs by St Lucia, Foxes, Twenty One Pilots, Luxley, Little Daylight, and many others.

In the past three years, GGFO have performed shows supporting acts ranging from Tove Lo to X Ambassadors to Penguin Prison and have embarked on four major US tours with Betty Who, Joywave, Magic Man, Vacationer, and Panama Wedding, with four songs reaching #1 on Hype Machine and their single “Take It or Leave It” surpassing ten million plays on Spotify. As anyone who attended the group’s recent sold-out Northeast headlining tour can attest, GGFO has amassed a large contingent of loyal fans who have come to expect over-the-top live performances involving silk kimonos, triggered lights, and histrionic keytar solos, with Jon and Luke backed by drummer Danny Wolf and guitarist Carey Clayton. 2016 has already seen the release of three singles and an EP of GGFO songs remixed by like-minded artists, with more new works ever looming on the horizon. Music blog Indie Shuffle says, “I dare you to find another group in the past two years who has been so prolific and consistent with their releases while at the same time delivering some of the most heavenly signature falsetto vocals known to man.”

Wild ‘N Out Behind The Scenes Photos 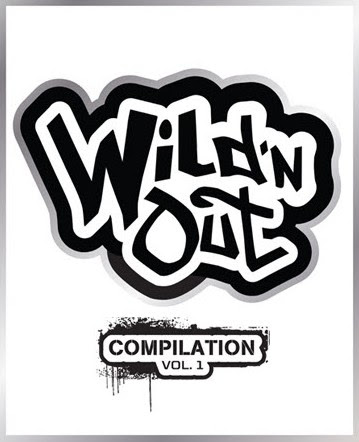 New York, NY (January 28, 2014) – Nick Cannon, creator, executive producer and host of MTV2’s most successful series “Nick Cannon Presents: Wild ‘N Out” announces the release of the first everWild ‘N Out Compilation Vol. 1 available nationwide starting January 28, only at Walmart.  Wild ‘N Out Compilation Vol. 1 will be positioned in the music section of all Walmart locations and available on Walmart.com for $10.00.

‘NCredible Entertainment & RED Distribution partnered on this exclusive release to create a 48-page Wild ‘N Out activity book equipped with puzzles, trivia and your favorite Wild ‘N Out games such as Wildstyle, Trending Topics and #ThreeWordsAfter. The booklet also features exclusive behind the scenes photos and interviews, along with a 14-track CD featuring Wild ‘N Out performances.

11. Funemployment featuring Its The Real

Founded by Nick Cannon in 2009, NCredible Entertainment has quickly become a powerhouse in the entertainment industry. When he is not in front of the camera or a live audience, Cannon is busy running his highly successful multi-media company producing TV and film projects, including TeenNick’s Annual “Halo Awards,” the highest rated show in MTV2 history Wild N’ Out and most recently directing his first studio film, “The Cliques” for Lions Gate which is slated for release later this year. Cannon also has a multi-year, multi-million first look production deal with NBC Networks to develop scripted and unscripted fare for the network which includes the return of Soul Train, currently in production.  NCredible Entertainment’s music division represents Cannon’s own comedy and musical releases, and represents a roster of artists such as rap duos Wonder Broz, Gabi Wilson, Cory Gunz, 4 Count and singer Kristinia DeBarge to name a few, in addition to the release of Wild N’ Out’s forthcoming compilation.  In addition, NCredible’s product division, which introduced a top selling line of NCredible branded headphones at retail nationwide in 2012 in conjunction with Monster Cable Products, Inc. has become a top seller at retail and boasted sales in 2013 to that exceeded $45 million.

Ryan Leslie announces “Ups & Downs” as the second single off of his top-notch rap album Les Is More, released via NextSelection Lifestyle Group distributed by BDG (BDG is distributed by RED, a division of SONY Music Entertainment). Described by the Associated Press to “surely send you up,” the feel-good record is being serviced to radio this week.

In conjunction with the launch of Les is More, Leslie was selected as a brand ambassador for the Sony X Headphones (#SonyX) and their “Love To Give” (#SonyLove) campaign this holiday season. “Ups & Downs” is featured in a video vignette for the Sony X’s where Leslie discusses the importance of having headphones that don’t dilute the honesty of the recording. The “Love To Give” theme is a sentiment that celebrates the spirit of giving through the eyes of Ryan Leslie, and various other artists including country pop singer Taylor Swift and renowned photographer Nigel Barker.

The first rap album from Ryan Leslie, Les Is More debuted at #1 on the iTunes Hip Hop Charts simultaneously in 8 countries including the U.S., Germany, Belgium, Denmark, Italy, Netherlands, Portugal, and Switzerland. Leslie, “a marvel of multitasking” according to the NY Times wrote, arranged, produced and performed on Les Is More, along with directing and editing a series of music videos to accompany each record.

Leslie recently wrapped his first domestic headlining tour to rave reviews including one from XXLMag.com, “last night (October 4) the musical dynamo Ryan Leslie tore down a sold out Gramercy Theatre in NYC like a rock star.” He is currently on tour in Switzerland, Germany, France, Netherlands, UK, and Austria for the European leg of the Les Is More Tour.

Ryan Leslie released his third studio album, Les Is More this week via NextSelection Lifestyle Group/BDG (BDG is distributed by RED Distribution, a division of SONY Music Entertainment). Les Is More is currently #1 on the iTunes Hip-Hop Charts in 8 countries including U.S., Germany, Belgium, Denmark, Italy, Netherlands, Portugal, and Switzerland.

The very first rap album from the Harvard-educated producer, songwriter, multi-instrumentalist, entrepreneur and recording artist, Les Is More is “a fine demonstration of the singer’s skills – his rap skills.” [Associated Press] Ryan Leslie, “a marvel of multitasking,” [NY Times] wrote, arranged, produced and performed on Les Is More, and also directed and edited a series of music videos to accompany each record.

Leslie recently wrapped his first domestic headline tour to rave reviews including one from XXLMag.com, “last night (October 4) the musical dynamo Ryan Leslie tore down a sold out Gramercy Theatre in NYC like a rock star.” Leslie is preparing to kick off the European leg of the Les Is More world tour next week.

On the band’s opening slot for the The Civil Wars, “the main attraction had some competition in the harmony realm from The Lone Bellow, a Brooklyn-based trio cut from the same rootsy fabric. Between songs, Williams also had a deft comedic touch, a nice fit on a night when sadness still offered reason to smile.” – Orlando Sentinel

Hailing from Brooklyn via south of the Mason-Dixon, THE LONE BELLOW will release their self-titled album on January 22nd, the premiere signing and release for the brand new label Descendant Records, a division of Sony Music Entertainment. The Lone Bellow (formerly known as Zach Williams & The Bellow) have made a name for themselves with their acclaimed live shows in New York and across the country during their stint opening for Grammy Winners The Civil Wars. Featuring lead singer and principal songwriter Zach Williams, singer and mandolin player Kanene Pipkin and singer-guitarist Brian Elmquist, The Lone Bellow isn’t just a group of musicians; they are an “urban tribe,” a family away from family.

Paste Magazine is premiering the band’s very first music video for the song, “You Never Need Nobody.”

At the heart of it, Zach Williams is an intentional songwriter focused on growing a community, rather than merely finding a following. Georgia-born Williams began songwriting in 2005, during a prolonged stay at Atlanta’s Shepherd Center after his wife was thrown from a horse and paralyzed from the neck down. With a dire diagnosis of quadriplegia, there was nothing to do but sit vigil with his group of friends – also artists. While they waited for healing, Zach picked up a guitar and taught himself to play, putting melody to a journal entry that would become his first song, “Hospital.” His wife eventually recovered (her spinal cord, initially thought severed, was terribly bruised) and the couple and their group of friends moved to Brooklyn shortly thereafter.

Williams and the band’s music evolved to reflect his Southern roots, incorporating elements of rock, gospel, country and blues that result in a unique and soul-searing blend of can’t-get-them-out-of-your-head lyrics that spring from a deep emotional reservoir. The upcoming record is a complete work, a “collection of stories embodying tragedy, hope, betrayal and redemption.”