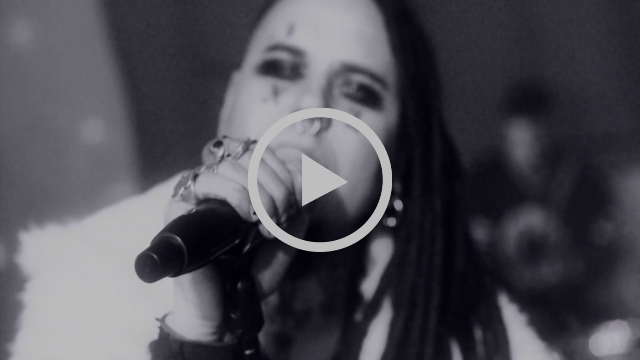 Angelspit are an electro punk act hailing from Sydney, Australia, known for vicious distortion, biting lyrics and harsh drums. Angelspit have churned out eight releases over the past seven years and have shared the stage with acts such as KMFDM, Skinny Puppy, Frontline Assembly, Sisters of Mercy and Nitzer Ebb. The band’s music and performance have been critically acclaimed worldwide.

The Angelspit lineup consists of Zoog and Destroyx, Valerie Gentile on guitar, Matt James on drums and The Liar on videography.

Ministry, KMDFM and many other bands have requested Angelspit remixes. In viral form, they reduce bandwidth to ash with a massive amount of web content including instructional “blipvert” videos, blogs, tutorials, downloadable stencils, forums and constant online interaction with their fans.

Angelspit’s nine releases have been praised and slandered – including Best Release of 2009 from ReGen magazine, best AND worse new band simultaneously from the same magazine (Italy’s Ritual Magazine 2007 Reader’s Poll), hailed as genius and critised as an annoying fashion statement.
They have declared war on all things that hold back creativity and freedom of expression. Based in New York City and Berlin Germany, Angelspit continue to corrupt audiences with their perfectly kerned mayhem.

Angelspit is coming to the 31st ST PUB in PITTSBURGH on NOVEMBER 7 (hosted by the legendary JIM SEMONIK) as part of ANGELSPIT’S “WALL STREET MASSACRE” USA/CAN 2012 TOUR
ANGELSPIT + CYANOTIC + MYPARASITES are taking on the United States, and they’re coming at you fast!