Harrisburg, PA based Heavy Rock band ETERNAL FREQUENCY has released a dark, cinematic, sci-fi imbued official music video for their newest single, “Step Up.” Produced by Carson Slovak and Grant McFarland of Atrium Audio, the music video for “Step Up” was directed and edited by Tom Flynn.

“’Step Up’ is our hardest hitting, heaviest material to date and sure to be a game changer. The song screams female empowerment and refusing to be pigeonholed in the industry. The video concept was created from the minds of Emelle (Lead Vox) and Justin (Lead Guitar) and inspired by Michael Jackson’s Smooth Criminal, Blade Runner, and CyberPunk. Emelle and the other members of Eternal Frequency are prisoners of conscience on the run from a yet unknown organization trying to pick them off one by one. The reasons on why they are wanted fugitives is a mystery until the story begins to unfold throughout the video. ‘Step Up’ is Chapter 1 of a fictional three part series that the band envisioned as a short film while the songs were being written. Emelle and the band must find out who is hunting them and why. Or maybe…just maybe…are the hunted actually the hunters?” – ETERNAL FREQUENCY

Established in the early spring of 2018, Eternal Frequency is a five piece female fronted all original hard rock band hailing from Central Pennsylvania (alongside hometown heroes Poison, From Ashes to New, Fuel, LIVE, August Burns Red). They follow in the footsteps of acts such as Spriritbox, Halestorm, Evanescence, and others. Blending influences of Metalcore, Hard rock, and Active Rock, Eternal Frequency brings a new energy that is also dominated by vocalist, songwriter, and frontwoman Emelle. In just under three years as a band they have released several studio singles as well as music videos including “Temptations”, “Parasite”, “What Are We Waiting For”, “Head Like A Hole”, and their very popular cover of Queen “The Show Must Go On” (all proceeds going to NIVA – National Independent Venue Association) to the masses and have been reaping nothing but positive energy and reviews from their supporters. They have accrued a massively strong following in the Pennsylvania area and have garnered attention in multiple regional markets.

As far as accomplishments go, they’ve had the pleasure of sharing the stage with established artists such as Of Mice & Men, Adelitas Way, FUEL, Smile Empty Soul, Vixen, and Sponge, For the Fallen Dreams, Awake At Last, Eyes Set to Kill (to name a few). They also took home the award for Best New Artist at the 2019 Central Pennsylvania Music Awards and had the pleasure to honor Halestorm (Inductees) with their rendition of “Familiar Taste of Poison” at the 2020 CPMA’s. In addition, EF was nominated for Best Hard Rock Band and Song of the Year.

Harrisburg, PA based Heavy Rock band ETERNAL FREQUENCY has released the official music video for their cover of the 1990 NINE INCH NAILS critical and fan favorite Industrial Rock classic, “Head Like a Hole.” A faithful rendition of the 1990 hit single, the band balances the inherent rage of the original with front-woman Emelle Elizabeth’s soaring vocals, resulting in a refreshed anti-anthem that continues to ring relevant in today’s society.

“We’ve always known we had a pretty singer, now our singer has become the Pretty Hate Machine (haha). In all seriousness, it definitely takes some balls to cover a Nine Inch Nails song, but we think that we did it justice and we hope our fans agree. We try to pride ourselves on creating sonically stimulating material with layers and depth. That is exactly why it felt necessary to showcase our interpretation of some of Trent Reznor’s finest work to date.”” – ETERNAL FREQUENCY

Eternal Frequency is a five piece, female fronted hard rock band based out of Central Pennsylvania. Blending influences of Metalcore, Hard rock, and Active Rock, Eternal Frequency brings a new energy that is also dominated by vocalist, songwriter, and frontwoman Emelle. In just under three years as a band they have released several studio singles as well as music videos including “Temptations”, “Parasite”, “What Are We Waiting For”, and their version of Queen’s “The Show Must Go On” (all proceeds going to NIVA – National Independent Venue Association) to the masses and have been reaping nothing but positive energy and reviews from their supporters. They have accrued a massively strong following in the Pennsylvania area and have garnered attention in multiple regional markets.

The band has shared the stage with established artists such as Of Mice & Men, Adelitas Way, Smile Empty Soul, Vixen, and Sponge. They also took home the award for Best New Artist at the 2019 Central Pennsylvania Music Hall of Fame Awards and had the pleasure to honor Halestorm (Inductees) with their rendition of “Familiar Taste of Poison” at the 2020 CPMA’s. In addition EF was nominated for Best Hard Rock Band and Song of the Year.

Harrisburg, PA based Heavy Rock band ETERNAL FREQUENCY has released the official music video for their cover of the 1991 QUEEN hit single, “The Show Must Go On”!.” Self-directed and filmed and edited by Eric DiCarlo, 100% of “The Show Must Go On” proceeds will go to NIVA – National Independent Venue Association to help #SAVEOURSTAGES.

“Our cover of ‘The Show Must Go On’ (originally performed by Queen) is a tribute to all of our fellow musicians, roadies, technicians, stage hands, managers, venue owners, and most importantly the listeners and fans that are being affected by this pandemic. We essentially wanted to send a message that things will get better. That is why we are donating 100% of the song proceeds to NIVA – National Independent Venue Association.” – ETERNAL FREQUENCY

Eternal Frequency is a young, up and coming band hailing from Harrisburg Pennsylvania who use anthemic rock and metalcore as their muse to formulate a fresh, modern, hard rock sound of their own. In just under 2 years of being a band they have released several singles including “Down”,“Temptations”. and the lastest Parasite which garnered over 140,000 views on Youtube.. They have continued to develop their following in the Pennsylvania market and continue to expand their fan base through means of digital strategy during the current pandemic.

Accompanying the drive and power of their songs, they also bring a strong, energetic stage presence with them when they perform live. “The biggest test to us is to deliver to our fans an experience that they will never forget. We should be complimenting what we create..

The band during it’s tenure has shared the stage and opened for established artists such as Of Mice and Men, Smile Empty Soul, Vixen, and Sponge. In January of 2020 the band was awarded Best New Artist/Band for the annual Central Pennsylvania Music Awards.

2020 has been a great starting point for Eternal Frequency. It is only a matter of time before they break out onto the national scene. 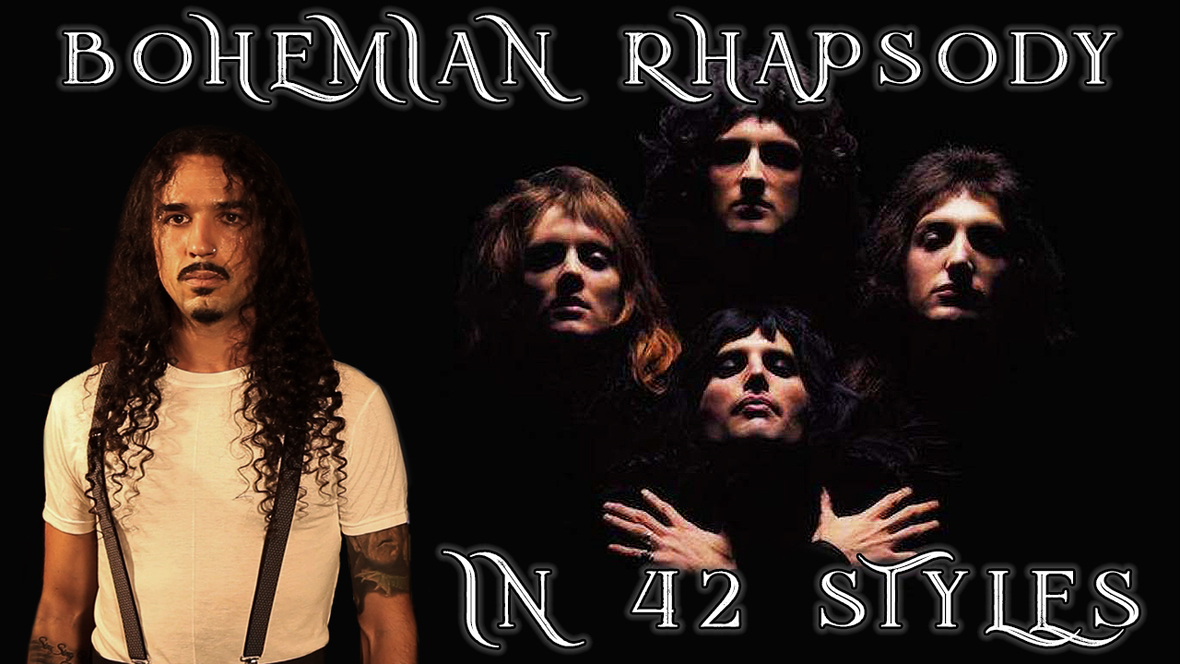 Anthony Vincent of Ten Second Songs has released his newest video, Queen’s “Bohemian Rhapsody” in 42 Styles, including such diverse artists and bands as System Of A Down, Frank Sinatra, Scott Joplin, and Bobby McFerrin.

“I disappeared from the internet for a month to finally take on my number 1 requested song. Being away from social media was very good for me an I highly recommend this to anybody. Maybe everyone should start producing songs in multiple styles just so they too could take a vacation from social media. Also, I want to thank E Rock of course for hopping on to make the Dream Theater part possible, because I can’t shred on guitar. But i can shred on the bass! Who knew!

Erock and I also have an album coming out in November, we started a band called Riptide and we will be releasing our next single within weeks.” – Anthony Vincent 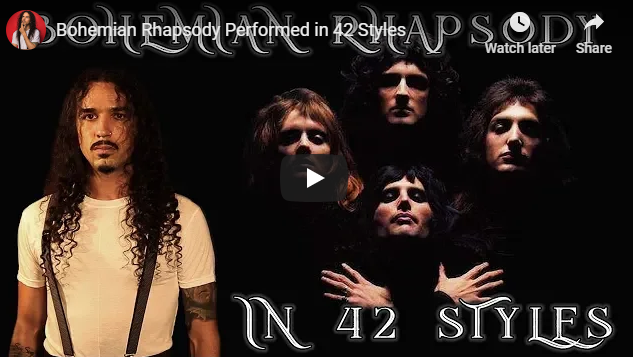 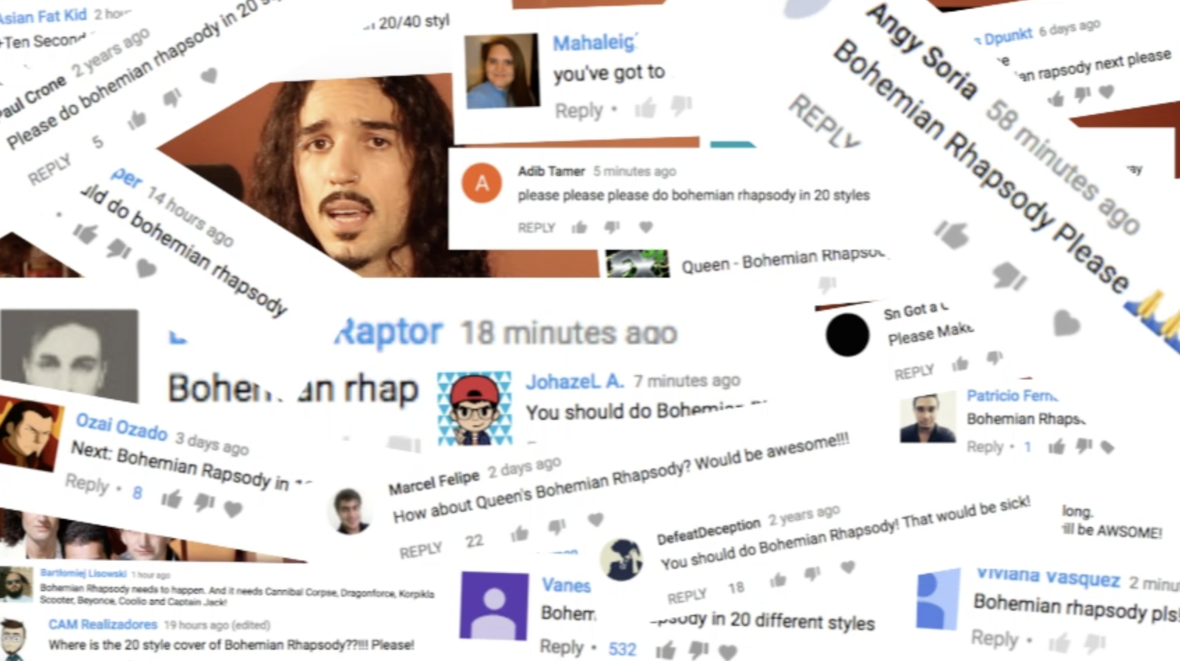 Culture Clash will be sold in both regular and deluxe editions. The deluxe package will contain a bonus DVD called, “Accept The Mystery: The Making Of The Aristocrats’ Culture Clash”, a 33-minute DVD documentary shot while THE ARISTOCRATSwere tracking the album in Nashville, TN between January 15th-21st. Containing both studio footage and exclusive interviews with each member of the band, this is a special behind-the-scenes look at THE ARISTOCRATS that fans have never seen before.

1. Dance Of The Aristocrats

Culture Clash honors the band’s panoramic potpourri of influences, while showing up as a more aggressive, intensely-written album that picks up where the band’s first effort left off – all while retaining a quirky Zappa-influenced refusal to take themselves too seriously. That’s evidenced by the album’s title alone, which derives its name from a sly reference to the Coen Brothers’ film A Serious Man, and doubles as an allusion to the band’s multi-national makeup (Govan is British; Beller is American; Minnemann is German).

“We’ve all been totally blown away by the reaction to the first album, the live album, and just us becoming a band in general. We’re all beyond grateful for that,” states bassist Bryan Beller. “So this record, I feel like, is a response to that amazing response. It’s like, ‘OK, you dug all that crazy stuff on the first one, eh? Well, here, check this out.’ We don’t want to rest on our laurels. We want to push this thing further, as far as we can, wherever that goes.”

Culture Clash proves to be a more adventurous piece of work for the trio, with everything from techno-fusion (“Dance Of The Aristocrats”), to nitro-powered rockabilly (the Ren-and-Stimpy-influenced “Louisville Stomp”), to Mr. Bungle-infused metal (“Living The Dream”), to the rhythmically serpentine rock/fusion-esque title track. The band feels that being joined at the hip for the past two years helped them become a stronger unit, which set them on a more unconventional course.

“All the time we spent together as a band touring, and gigging together and interacting, has made us bolder in terms of the kind of material we’ve dared to write for this album,” adds guitarist Guthrie Govan. “I think there’s some wackier stuff that we maybe wouldn’t have submitted for the first album when we didn’t know each other as well. We didn’t know what kind of craziness we would get away with. So I guess we’re enjoying some of the benefits of having been a real band for longer.”

The members of THE ARISTOCRATS first performed together as a trio at the Anaheim Bass Bash during the winter NAMM show in 2011. After a huge response from fans for the trio to become permanent, the band (named after the infamous dirty joke of the same name) quickly recorded their first album The Aristocrats in 2011, to instant wide acclaim. The band released a live album, Boing, We’ll Do It Live! in 2012. Guitarist Guthrie Govan has been featured on the cover of Guitar Player Magazine and is known for his solo album Erotic Cakes, as well as recent touring work with Steven Wilson, and performing with the bandAsia/GPS from 2001-2006. Bassist/solo artist Bryan Beller graced the cover of Bass Player Magazine in late 2012, and is recognized from his work with Dethklok, Steve Vai, Joe Satriani, and Mike Keneally. Drummer Marco Minnemann is a multi-instrumentalist and prolific solo artist/composer, was featured on the cover of Modern Drummer Magazine, and is known for his live work with Necrophagist, Kreator, Adrian Belew, UKZ, and Steven Wilson – as well as his Telly Award-winning DVDExtreme Drumming.

THE ARISTOCRATS recently announced via their social media pages that they will be heading out on tour in July and August for their longest American run to date. The venue tour kicks off in Nashville, TN on July 17th and includes select clinics at schools like the Atlanta Institute of Music, Berklee College of Music, and more.

For more information on THE ARISTOCRATS, please visit these websites: