Hot on the heels of their new album, Demon Hero and Other Extraordinary Phantasmagoric Anomalies and Fables, Metal / Punk / Industrial band THE CLAY PEOPLE are set to share the stage with the legendary OTEP on select Southern US dates of THE ART OF DISSENT TOUR.

“Imagine all the elements of a category 5 hurricane, and right in the middle of that storm is the most beautiful sunset… that’s The Clay People.”

‘Demon Hero and Other Extraordinary Phantasmagoric Anomalies and Fables‘ on iTunes

Imagine all the elements of a category 5 hurricane, and right in the middle of that storm is the most beautiful sunset… that’s The Clay People.

Whether it’s seeing a live show, or just listening to TCP, there’s a connection made very quickly between band and audience. A sense of comfort, knowing if you had a rough day, or are feeling down, that you can count on TCP to take you away from all that

The Clay People return on Demon Hero and Other Extraordinary Phantasmagoric Anomalies & Fables, an album that captures the band at a creative peak, and was forged from what was at times a tenuous, cathartic, and finally unifying recording process.

On Demon Hero Neet takes on the corrupting influence of modern politics, the silver tongue of the modern demagogue, the ills of groupthink, and the band’s experience with the music industry. “I’ve been plagiarized. I’ve been beat up. I’ve been manipulated… .And we’ve got nothing left to lose,” Neet confesses on the anthem “Bloodletter.”.

“Awake” was featured in films such as Strangeland, Universal Soldier 2, and Marked For Death.

The band called in extended members of its musical family to contribute to Demon Hero. Chris Wyse of The Hollywood Vampires, Ace Frehly, The Cult, and OWL, contributed bass to the band’s reinterpretation of fan favorite “Strange Day” and “Gen RX.”. Walter Flakus of Stabbing Westward, and one-time Clay People member, contributed keys. Wade Alin, who added programming to the band’s self titled release, returns on Demon Hero.

Dinsmore and McGarvey produced the album, turning to producer Neil Kernon (Nile, Queensrcyche, and Nevermore) for the final mix.

Formed in 2015, EMP Label Group has already had worldwide success with their first release, the debut EP from Phoenix all-female punk group DOLL SKIN, released as a joint venture with Megaforce and Cargo Records (U.K.), who has already received airplay on dozens of stations around the world. EMP Label Group signed later a distribution deal with eOne for USA and SPV in Europe. 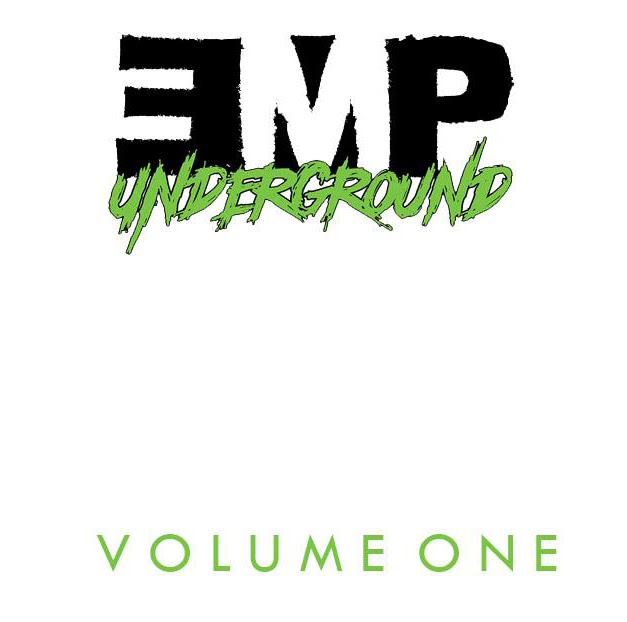 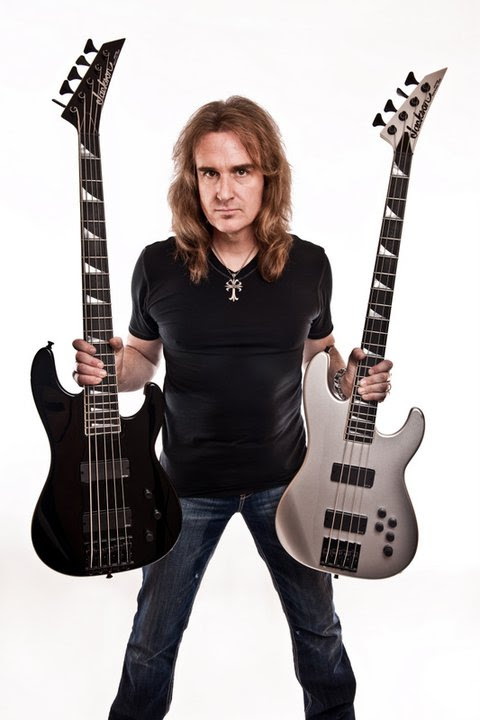 Experimental rock group STOLEN BABIES are gearing up to hit the road with fellow female vocalist-powered rock groups OTEP and NEW YEARS DAY this Saturday, September 20th in Fresno, CA. The 1½ month tour will hit several major and secondary U.S. cities before coming to a close in the STOLEN BABIES’ stomping grounds of SoCal in Hollywood at the legendary Whisky-A-Go-Go on November 9th.

See below for all current tour dates and make sure to get tickets now before there are none left!

Bassist, guitarist and backing vocalist Rani Sharone says, “We are really looking forward to getting back on the road again being direct support for Otep! It’s a seven-week run and we’ll be covering a lot of ground playing a bunch of cities we’ve never played before which is very cool. At the very least our geography will be a little better!”

Earlier this summer, STOLEN BABIES teamed up with Vice’s Noisey channel to unveil their eerie, yet beautifully mesmerising new music video for the track ‘Second Sleep’. The video was directed by Ilan Sharone, well-known video director and brother of Rani and Gil, with visual FX and animation by Meats Meier. The track is cut from the band’s most recent full-length release, entitled Naught. The album is available at your local music retailer and through iTunes, Amazon and all other standard digital retailers.

For more information on STOLEN BABIES, please visit these websites:

OTEP has officially released her final studio album, Hydra, based off of her graphic album. In a male-dominated genre, OTEP has stood her ground and made firm stances on feminism, homosexuality, and equal rights for all. As a poet, activist, and front-woman, there are a lot of things to admire about OTEP, but we want to know what you find inspiring about her! Check out her explicit video for “Apex Predator” for some inspiration. For your chance to win the ultimate OTEP fan package including a new t-shirt, zip-up hoodie, an art set, and drawstring back, answer the following: How has OTEP inspired you? With a full gambit of causes she fights for, she’s spreading the love in more ways than one! Good luck! The 3 best answers will win.

Don’t forget to catch OTEP at Altar Bar on October 13th performing all of your favorites, old and new.

After an intense summer on the Vans Warped Tour and the release of their sophomore album, VICTIM TO VILLAIN, NEW YEARS DAY have no plans of slowing down.  The band is premiering the video for their single “Angel Eyes” featuring Chris Motionless from Motionless in White.  Chris lends his vocals to the actual track and his acting skills in the video, co-starring with leading lady and New Years Day front-woman Ash Costello.   The premiere can be seen now on the Revolver Magazine website.  Check it out here:

NEW YEARS DAY has been invited to join the OTEP tour starting next month in Fresno, CA.  Ash and company can been seen on these dates and there will be more dates announced soon.

One of Denver’s most successful metal bands, Arcanium, is back with their highly anticipated sophomore release, Ontogenesis. This unrelenting barrage of metal cuts like a chainsaw with surprising surgical precision. The album is set to hit the streets on May 7th, 2013.

In perpetual forward motion since it’s 2007 conception, Arcanium has toured with such notable groups as Megadeth, Machine Head, Suicide Silence, Otep, and Ill Nino, capturing the attention of an extensive fan base. Ontogenesis is a testament to the band’s skill, hard work, and dedication: this intensity permeates the album from beginning to end. “Arcanium is a very interesting band. They are going to have some good things,” exclaimed Dave Mustaine of Megadeth during the 2009 End Game Tour featuring Arcanium. “Ontogenesis is not only our sophomore album, it’s our rebirth into the worldwide music scene,” says J Sinn, Arcanium’s lead vocalist. “The new sound of Arcanium since the addition of our second guitarist Adam Stewart has changed incredibly. Our fans across the world will dig the new intense sound.” As Arcanium eagerly awaits arrival of the release date, they will prepare for their album release party, which will take place in Fort Collins, CO. Following the record release, the band plans extensive national and worldwide touring through mid and late 2013.

Austin’s power rock duo ONE-EYED DOLL is pleased to announce they will be touring the US as direct support for OTEP. Featuring opening support from PICTURE ME BROKEN, this female fronted tour is sure to be one of the most talked about happenings this Spring. Kicking off on March 8th, a list of dates is below with more to be announced shortly.

ONE-EYED DOLL recently released a music video for their song “Committed” which has since, gained nearly 180,000 plays. The eerie video was directed by Patrick Kendall [Megadeth, Incubus, Theory of a Deadman] and debuted with Artix Entertainment and Revolver Magazine. “Committed” is the lead song and title-track off ONE-EYED DOLL’s forthcoming album, COMMITTED:

Due out this year, COMMITTED will be the band’s fifth independently released album. Produced by multi-platinum, Grammy award-winning producer Sylvia Massy [Tool, Johnny Cash, Prince, The Red Hot Chili Peppers], COMMITTED offers eleven hard-rocking tracks with addictive melodies, soulful, thought-provoking lyrics and chilling harmonies. As 2013 brings the announcements of a breathtaking new album, a memorable tour and drummer Jason Sewell “Junior” signing on with Crush Drums, this is sure to be an exciting year of opportunities for ONE-EYED DOLL.

Recently returning to Colorado in September from touring with Otep, Butcher Babies and One Eyed Doll, Arcanium has been home headlining festivals such as Wyoming’s “Zombie fest”, opening as direct support for acts such as Static-X and Gemini Syndrome, headlining hometown shows and writing new music for later release.

The time for Arcanium to hit the road is here again, and starts this November 30th in Dallas, TX, with dates as direct support for International act Ill Niño. The tour will also include headlining dates throughout, and will continue on through January, with dates as direct support for heavy metal super group Dirge Within (former members of Soil and Divine Heresy). “Our live show will resurrect the excitement for heavy metal that you may have lost over the years”, says the band’s lead guitarist Adam. “We will remind you of why you fell in love with heavy guitars, loud drums, howling screams and headbanging in the first place”. Arcanium has toured with household names such as Megadeth, Bullet for my Valentine, Machine Head, Suicide Silence and more. They plan to tour vigorously through the end of 2012, all of 2013 and have a new release on it’s way entitled “Ontogenesis”, tentatively scheduled for release in the coming months. A sampler release of this album entitled “F*ck Y*u EP” is available for purchase from the band’s website at . Additional dates will be added to this tour as they become available. Nov. 30th – Dallas, TX – Trees, w/ Drowning Pool and Ill Nino Dec. 1st – Houston, TX – Scout Bar w/ Ill Nino Dec. 2nd – San Antonio, TX – Backstage Live w/ Ill Nino Dec. 5th – Fort Wayne, IN – Sunset Hall HEADLINE Dec. 6th – Rochester, NY – Montage Music Hall w/ Ill Nino Dec. 7th – Allentown, PA – Crocodile Rock w/ Ill Nino Dec. 8th – Lawrence, MA – Claddagh Pub w/ Ill Nino Dec. 11th – St. Louis, MO – Ciceros HEADLINE Dec. 15th – Fort Collins, CO – Hodis Half Note HEADLINE Jan. 3rd – Rockford, IL – Bar 3 w/ Dirge Within and Beyond Threshold Jan. 4th – South Bend, IN – Cheers Pub w/ Dirge Within and Beyond Threshold Jan. 5th – Crest Hill, IL – Bada Brew w/ Dirge Within and Beyond Threshold Jan. 6th -St Louis, MO – Fubar HEADLINE
www.arcanium.info

Power rock duo ONE-EYED DOLL has teamed up with Artix Entertainment’s popular, multi-player online video game AdventureQuest Worldsto premiere the new music video for their song “Committed.” Artix Entertainmentwill make the video available to over 150 million registered users by hosting it in-game, in a virtual insane asylum. The eerie video was directed by Patrick Kendall [Megadeth, Incubus, Theory of a Deadman] and is for the lead song and title-track off of ONE-EYED DOLL’s forthcoming album, COMMITTED.

For ONE-EYED DOLL fans that are not AdventureQuest Worlds players, the music video for “Committed” is being hosted by premier rock outlet Revolver Magazine on their website. Kimberly was recently featured in Revolver Magazine’s “Hottest Chicks in Hard Rock” Issue, and her complete interview can be read here:http://www.revolvermag.com/news/the-complete-interview-hot-chick-in-hard-rock-kimberly-freeman-of-one-eyed-doll.html

In addition to the video premiere, AdventureQuest Worlds will be putting out an album of ONE-EYED DOLL songs on October 31st. Titled SOMETHING ABOUT A DRAGON, the disc will feature songs that have been used in the game, and will be the first time some of the more popular tracks including “You’re A Vampire” and “Battle On,” will be available on CD. The first batch of these CD’s will be available exclusively at HeroMart (www.heromart.com) and at live shows. The download will also be available on ONE-EYED DOLL’s music site,www.music.oneeyeddoll.com.