Tonight Alive are celebrating their worldwide charting positions for Underworld. Including the #1 Australian Artists Chart and #11 ARIA Albums Chart in Australia, #4 Current Alternative Albums, #5 Record Label Independent Current Albums and #11 Top Current Rock Albums in the United States, #3 Rock Albums, #6 Independent Albums and a Top 100 Albums spot in the UK while rounding out the Top 50 on Canada’s Alternative Charts, it was an incredibly successful week for the band’s first release on Hopeless Records (UNFD in Australia and New Zealand.) Already heralded by press as some of the band’s best work to date, Underworld is available today on  Spotify,  Apple Music and  iTunes. Physical albums and merch bundles are available at http://smarturl.it/TAUWmerch.
This success has been echoed across radio with Underworld being chosen as Triple J Radio’s feature “album of the week” and the band’s latest single, ” Disappear” premiering as Annie Mac’s Hottest Record on BBC Radio 1. Streaming services have been showing their love to the single along with “Crack My Heart” and ” Temple.”  Songs from Underworld have been featured in over 15 Spotify-owned playlists across the platform including New Music Friday, The Scene, Rock This and Crash Course and the band’s monthly listeners have reached nearly 900,000.
Most recently, Tonight Alive released “Crack My Heart,” the brand new single from upcoming album Underworld. On the track, Singer Jenna McDougall shares “The concept of cracking the heart is to allow the precious, vulnerable self to come through and be free. The painful, yet liberating experience involves the emotional and energetic decalcification of the hardened heart. The lyrics follow my conversation with a ‘winged man’, a conscious figure, who offers space and safety to do my healing with. In my experience, when you are seen as your authentic self by another, you come to recognise your reflection more accurately and lovingly. Crack My Heart is a tribute to the way that love from the divine masculine elevates and holds space for the divine feminine to flourish.” Fans can head to http://smarturl.it/CrackMyHeartVideo to check out the accompanying music video.
Who: Tonight Alive and Silverstein with Broadside and Picturesque
What: The Get Free Tour
When: Thursday, March 1st, 2018 – Doors 6:00pm, Show 7:00pm
Where: Mr. Smalls Theatre – 400 Lincoln Avenue, Millvale, PA 15209
How: https://tonightalive.com/

Tonight Alive, the now 4 piece since departure of guitarist & writer Whakaio Taahi is composed of vocalist Jenna McDougall, rhythm guitarist Jake Hardy, bassist Cameron Adler and drummer Matt Best. After self-releasing the EPs All Shapes & Disguises and Consider This in 2010, Tonight Alive released What Are You So Scared Of? in2011/2012.  In 2013 the band released The Other Side. The band also contributed the song “The Edge” to The Amazing Spider-Man 2 Soundtrack before releasing their third full length album, Limitless in 2016.
For more information:
www.hopelessrecords.com
http://tonightalive.com/
facebook.com/TonightAlive
twitter.com/TonightAlive
instagram.com/TonightAliveOfficial

The sibling acoustic duo from Southern Oregon, The Brothers Reed, are on a two-month national tour promoting their brand new album “Three” set to release on Jan.6th. They are performing at Black Forge Coffee House in Pittsburgh on February 15th.

Despite their brotherhood, Aaron and Phil Reed didn’t start playing music together until two years ago after Phil left their hometown of St. Charles, Missouri to join Aaron in the unsullied mountains of the American Northwest. The brothers family blend of folk encapsulates the grit and humor of Midwest life with the swagger and serenity of the west coast. Their style evokes finger picking folk singers of the 60’s and 70’s with a contemporary and boundless edge. Cultivated from years of performing in bands ranging from heavy metal to reggae and rock, to punk, country, and funk, their musical dichotomy is at the root of their diverse yet seamless folk-brand.

With their comedic brotherly banter, impeccable harmonic expression, and widely varying influences, a Brothers Reed performance will have you reflecting on lost lives and lovers, laughing hysterically and leaving completely entertained.

Touring as a guitar-duo, the group incorporates harmonica, percussion and keys into their live performances, soothing your soul with songs that are familiar yet original.   Whether they are finger picking their way through a lamentable ballad or bringing you around full-speed with a barn-burning bluegrass number, The Brothers Reed are masters of their craft.

Winners of 2014’s “Road to Nashville,” competition as well as finalists and crowd favorites of Britt Festivals 2015 “Rising Stars Contest,” the Brothers Reed have quickly risen to regional renown and now tour extensively throughout the U.S. Their sophomore full length, Monster In My Head (released March 2016), is a power-punch follow up to 2015’s critically acclaimed debut, Sick As Folk. Moving away from the stripped down approach of Sick As Folk, Monster In My Head combines full band instrumentation with the finest elements of folk, rock, R&B, country and reggae, to create a record that at 17 tracks is an ambitious yet fluid piece of work. The album also marks the group’s first effort at collaboration and features several guest artists including Jeff Pevar (Crosby, Stills and Nash; Ray Charles; Jazz is Dead), T.J. Eilers (Synrgy, Buckle Rash, The Illies) and Ambur Rose (Roses and Whiskey).

All aspects of the brand including management, website design, graphics, and album production (engineering, recording and mixing) is done completely by The Brothers. 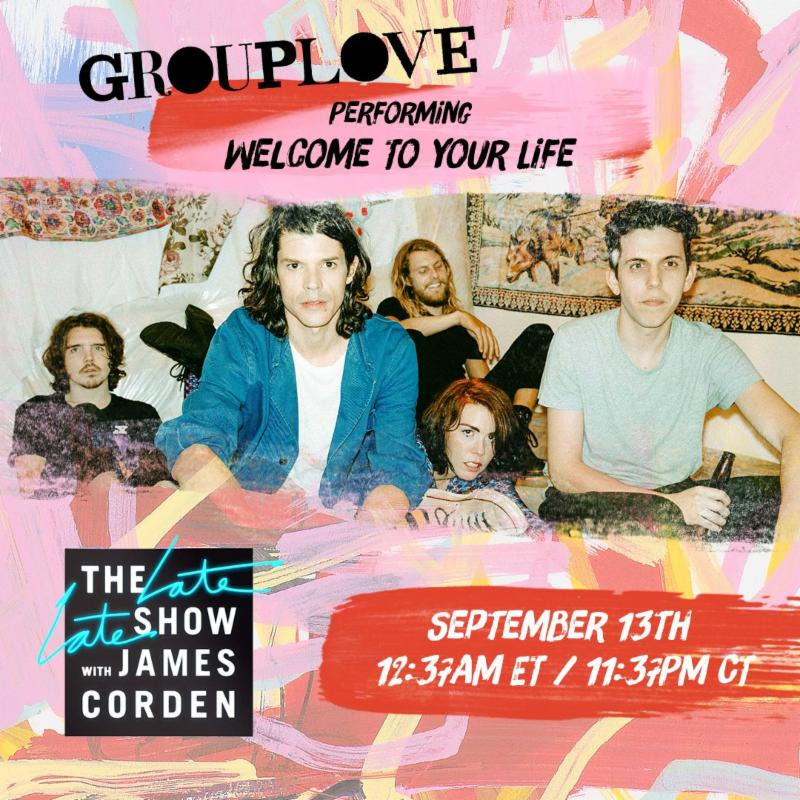 Tune in to CBS’s The Late Late Show with James Corden tonight at
12:37 EST/PST* to watch Grouplove perform “Welcome To Your Life”
off their new album
Big Mess.
*Check local listings
Big Mess was released last Friday via Canvasback Music/Atlantic Records
and is available digitally HERE and physically HERE now.
Next month, Grouplove will embark on the North American leg of their Big Mess World Tour. A complete list of upcoming live dates and ticket information can be found HERE.
www.grouplovemusic.com
www.canvasbackmusic.com

Click Here To Order ‘Top Of The Pops’ Best Of Compilation

Art Brut are a part German part English band. The genre they work in is very honest, guitar based pop music. They have been around for 10 years, toured the world numerous times and released four albums ( the last two produced by the legendary front man of the Pixies, Black Francis).

This App is a recommended companion to their recent Best Of album, Art Brut Top Of The Pops.

Old hippies and idiots who only collect vinyl often complain that album artwork has suffered in recent times due to it not being as readily available on huge 12 inch pieces of cardboard. Art Brut disagree, we have embraced the future, 12 inch pieces of cardboard are for squares. Our App – or super futurisitc album artwork if you will – contains previews of the songs from Top of the Pops and includes the exclusive comics that were produced for each of the album’s tracks. Unlike a big piece of cardboard you can carry this around in your pocket. Well… in your phone or iPod in your pocket. And On your iPad, which won’t fit in your pocket.

Phone apps are the new 12 inch pieces of cardboard! Hooray.

Italian sextet LACUNA COIL ha launched their own social network / fan community via Mobile Backstage. Fans around the world will be able to connect with the band and other fans in real time, share photos, videos and audio, get the latest updates, invite friends and follow LACUNA COIL on the road.

The application is available via the band’s website and Facebook and through iPhone and Android smart phones. Join the community here and connect with LACUNA COIL and other fans during their upcoming “Dark Legacy” European tour that is kicking off this weekend.

In support of their latest album, DARK ADRENALINE, the special “Dark Legacy” shows will feature a set of more than two hours, with material spanning all of LACUNA COIL’s albums. LACUNA COIL front-woman Cristina Scabbia commented, “The Dark Legacy tour is a dream come true! This tour will present the history of LACUNA COIL, melding old fans with a new generation of Coilers. The Dark Legacy set will offer both the electric and acoustic vibe and absolute melodic epicness!” Front-man Andrea Ferro added, “We wanted to give our fans a special present for LACUNA COIL’s fifteenth anniversary and that was the inspiration for the Dark Legacy tour. The Dark Legacy show will be very special, with a lot of our history in a surprise-filled set. You won’t want to miss it!”