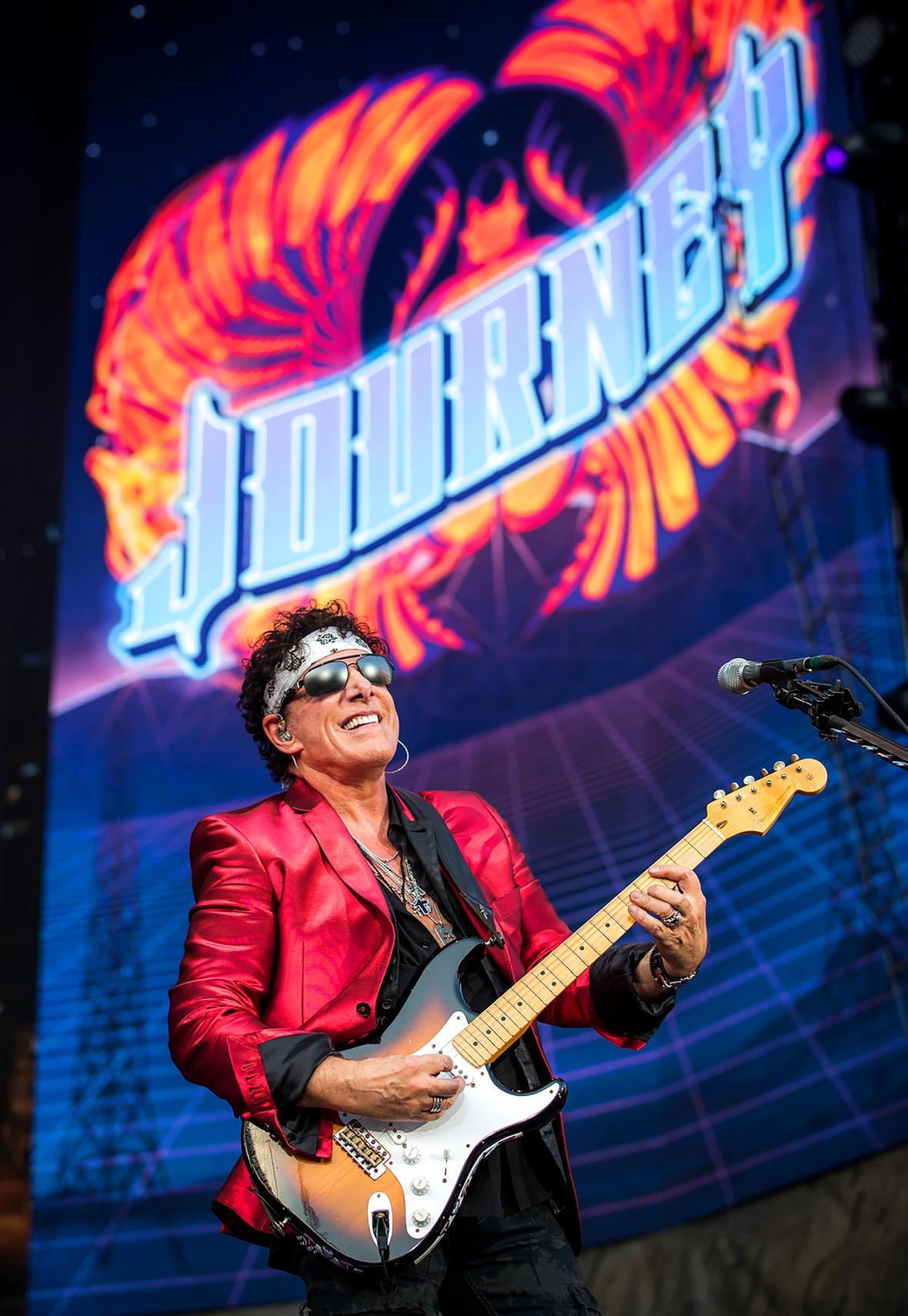 Neal Schon, Founder and legendary lead guitarist for Rock and Roll Hall of Fame Band JOURNEY, has announced, with Strax Technologies Inc., the launch of a new augmented reality application, “StraxAR™”, that will combine entertainment, exclusive “sneak peek” distribution of new music and events, and present rewarding retail opportunities. Augmented Reality brings the digital world together with the physical world by “augmenting” digital content or a digital experience onto a physical object or image. In the case of “StraxAR™”, millions of Schon’s album covers, posters, and other imagery are being combined to form a network that will be able to showcase his legendary music, performances, and new material for fans around the world. “StraxAR™” also will enable Schon to change content at will, effectively “broadcasting” it across millions of target images continuously. For launch, Schon will be adding to the image library every “STOP” sign in America – the signs being one of the image targets. 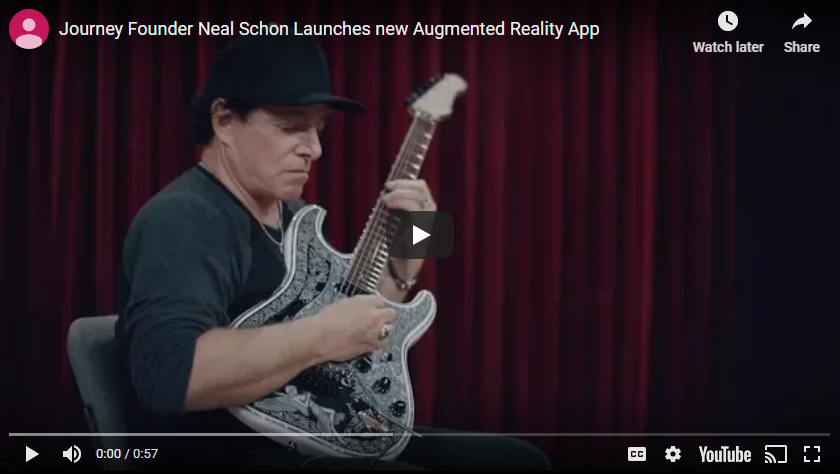 “Last week we launched our commerce site, NealSchonMusic.com, and promised more to come – today we are fulfilling our promise by delivering an exciting app that gives the fans a whole new way to get closer to what we are doing,” said Schon, “the platform will allow us to very quickly release material worldwide and share it in this unique way, combining it with all kinds of rewarding experiences for our fans.”

“Neal has incredible insight into how people think and feel and a creative mind that never stops” said Eric Singleton, CTO of Strax Technologies, “during the development process it was invaluable to have his feedback as we brought the whole concept together to deliver an experience fans will want to have again and again.”

“The opportunity to film Neal Schon and Journey Through Time in the studio has been incredible, requiring a new production approach for AR, capturing the authenticity of the moment”, said Lee West, creative officer for Strax.

To use the application, one simply launches it on their device (iPhone or Android) and points it at the “target” image. In seconds the experience begins. There is an “Image Targets” button in the app that references which images are active (at the moment every major album cover that Neal Schon has played on, and any STOP sign in the country too).

“This approach to augmented reality delivers a powerful expression of music and entertainment in the real world the user is immersed in,” said Alan Mariotti, technologist and cybersecurity advisor for Strax Technologies, “its simplicity and ability to deliver multiple experiences quickly jumps over earlier boundaries.” 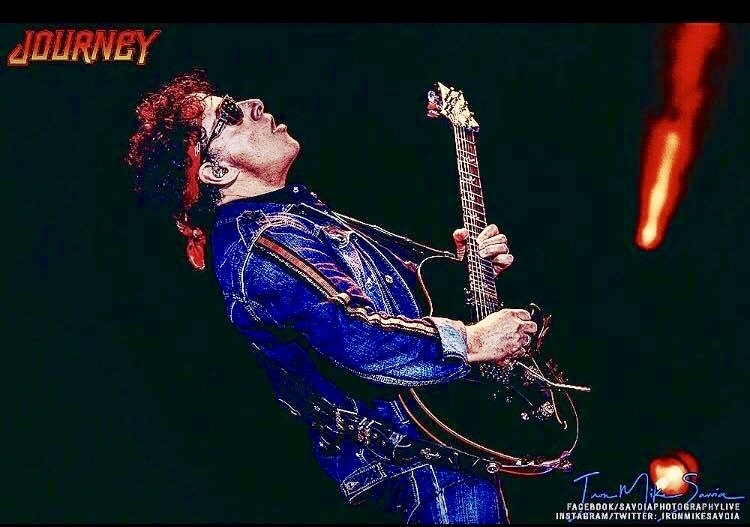 Neal Schon founded Journey in 1972 and has been the only consistent member, having participated in every album and tour to date. Schon is a Grammy-nominated guitarist, songwriter, and vocalist who is not only the founding member of Journey, but was a member of Santana and has performed with a variety of other acts including Bad English, Jan Hammer, HSAS and has released 10 solo albums including his latest Votex. His guitar style has been described as soulful and melodic, admired by such fellow legends as Eric Clapton and Prince, who reportedly asked for Schon’s blessing to release “Purple Rain”, which echoed a similar sound to Journey’s “Faithfully”.

Journey’s worldwide sales have reached over 100 million records, making them one of the world’s best-selling bands of all time, with a wide selection of chart-topping hits like “Don’t Stop Believin­'”, “Open Arms”, “Lights”, “Faithfully”, and “When You Love a Woman”, among others.

“A Better Picture” is Kat Webb’s sophomore album of original soul music. It draws on the numerous musical styles in Webb’s background, including some folk from her home state of Texas, some blues from the South, and some New Jack Swing from her new home on the East Coast. It was co-produced by world-class musician and veteran producer, Christian Ver Halen (Maya Azucena, Kendra Ross), and musician and band leader, Jesse Fischer (Soul Cycle, Gretchen Parlato).

Grammy-nominated singer and songwriter, Gordon Chambers, once said to Webb in a private session, “You have it! You have a beautiful instrument; such a unique voice. You don’t sound like anyone. You need to be out there, singing. You need to be gigging!” Webb performed selections of her debut album, “An Old Soul”, all over the East coast, including at the legendary Lenox Lounge, Nuyorican Poets Café and Drom.

“Waver”, the lead single from “A Better Picture”, has been met with extremely positive praise, with Giant Step remarking “if this first single is any indication, we’ve got a hefty treat awaiting us. Her sound has got our mushy feelings turned up on high”, and Traprock Radio adding about Webb “such a stunning, frictionless sound she has. Great Artist!! Hope to hear more from her in the future.”

“Waver” is currently available on Webb’s personal website, Soundcloud, Bandcamp and Reverb Nation. It is also available via Jango, online streaming radio, on which it’s received a Pop Score (listener rating system) of at least 80 (out of 100) three weeks running.

“I named this album ‘A Better Picture’ because this album is my way of giving the listeners insight into me as a person and as an artist. It’s also my debut as a songwriter of my own music, so I’m beyond thrilled people are responding so strongly and positively. -Kat Webb

“A Better Picture” is available in digital and physical form on Tuesday, November 13th, 2012.