Click Here To Watch The Video For “Long Hair”

They released a 7″ in February in the UK called Between Us Girls.

In April, they signed to NY label Frenchkiss. “We liked that Frenchkiss seemed to understand the semantics of being in a band.” Their are currently finishing up writing their debut album to be released this fall. Both the label and the band are thrilled for this amazing new partnership. Frenchkiss Records head, Syd Butler exclaims, “We believe this band is ready to take over the world… “

“Breezy guitar pop that recalls the lighter side of Arctic Monkeys.” – Brooklyn Vegan

“Recalls punk at its most pop.” – The Guardian
Links: 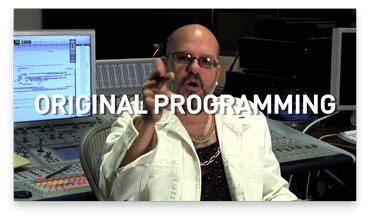 FKR.TV will focus primarily on original creative content with five new weekly shows, but will also include music videos, rare live performances by FKR artists, and unique content from the Frenchkiss archives.

We are excited to present our first line-up of shows:

Song Of the Wild, a show that was created/written by Les Savy Fav frontman Tim Harrington and features David Cross, is about five musicians stranded in the forest, singing to survive. Think a mix between Hunger Games and American Idol.

What happened when we dropped five aspiring pop stars in the middle of the unforgiving wilderness for 30 days? We’ll see when they answer the Song of the Wild. Produced by: Last Pictures

Hundredaires are two hipsters who got bored with Brooklyn and Portland, OR, so they moved to Portland, Maine. Will they ever find that unattainable cool? Produced by Two Penguins.

This One Time… features short stories that are incarnated and reenacted as puppets.

And more to come…

“There’s a certain kind of female that occupies a space in which she’s perpetually young and girlish but also wise and worldly. Goldie Hawn is one, and so is Jena Malone. When they’re young, they’re playful but seem ahead of their years because of a graceful ease, and when they’re mature they are both judicious and mischievous; always they give the impression of being oddly, beautifully not of their age in life. This ethereal mix of capability/vulnerability resides in Emma Louise…” Beat Magazine

Being fearless is often the hardest thing for an artist to do. Surrounded by expectation and anticipation many second guess themselves, take the safe option – but not Brisbane’s Emma Louise. Just a few years into a creative career already blessed with highlights, Emma Louise is an artist not just controlling her destiny, but reshaping expectations.

And it’s a feeling that dominates her debut full length album ‘vs Head vs Heart’. Where some might try to stack the record with ready-made radio tunes, Emma Louise has created a collection of songs that offers so much more. Considered, focussed, unhurried and with real poise – the album showcases an artist who is determined not to miss the opportunity to do something genuine. Emma Louise knows that hitting that mark can often just take a little time and patience – case in point she spent two months in late 2012 soaking up the sights and sounds of New York City. Aside from a couple of low key shows, her only plan was to live a little, challenge her outlook and channel a new perspective on the world into her music. ‘No rush, just let it happen’ was the plan.

That time in New York also gave her room to pause and reflect on what’s been a surprising few years. It wasn’t that long ago that Emma Louise was like so many young artists writing songs and uploading them online from her bedroom in the regional city of Cairns. Then, at just 16, came her star turn in the Queensland Music Awards and everything changed. She moved to Brisbane, immersed herself in the city’s creative community, and emerged with one of 2011’s most talked about EPs Full Hearts and Empty Rooms. Tucked within that impressive debut release was a track called ‘Jungle’ which went on to be one of the stand out songs of the year landing at #23 on the national Triple J Hottest 100 and helping propel the EP to ‘Gold’ status with sales of more than 35,000 copies. It’s an effort all the more impressive given the EP was a 100 per cent indie release, earning her a ‘Breakthrough Artist’ award at 2011’s national Independent Music Awards.

While ‘Jungle’ may have been the break out song, it was much more than that one track which built the feeling that this was an artist to watch. With a live show that swings between euphoric and heartbreaking anyone that connected with her music could see Emma Louise was truly something else. On stage Emma Louise does so much more than simply run through her songs – in stripped back duo format or with her full band she sees the stage as a chance to redefine her music and bring something new every time she performs. Little wonder then she has made an impact on audiences across the country where she has played her own run of sell out shows, while performing alongside artists from Boy and Bear to Josh Pyke, Missy Higgins and Gurrumul and just about every festival on the national circuit.

And it hasn’t been just Australian audiences that have connected with her music – standout shows around the globe including sets at South by South West, The Great Escape and CMJ Music Marathon New York were not only greeted by a rush of new fans, but helped secure her relationship with international labels Vertigo/Universal in Germany and the highly respected New York based Frenchkiss. Much more than just a career milestone, that overseas touring has broadened her horizons as an artist and opened a new world of possibilities.

Emma Louise is smart enough to know that having a breakout hit like Jungle brings with it as many challenges as it does opportunities. And that knowledge has never been far from her mind during the writing and recording of ‘vs Head vs Heart’. Produced in the Brisbane studio of Matt Redlich (Hungry Kids of Hungary, Ball Park Music) making the album has been an unhurried affair giving Emma Louise the space and time to try new ideas and stretch her imagination. Nothing was off limits. The first taste of the record came with last year’s single ‘Boy’ – a strikingly simple track that manages to straddle classic pop writing with a sense of understated exploration. The more you listen to that track, the more new layers keep revealing themselves – a theme that rings true across the whole album. Emma Louise doesn’t want to hit you over the head with big hooks, rather she wants her songs to draw you in, make you dig deeper and walk away with a lasting impression. Disposable is not in her vocabulary.

So, as 2013 dawns Emma Louise finds herself on the cusp of a new adventure. With the album due for release in May and plenty of touring around the world already on the cards, her life is about to take yet another new turn. Anything but daunted, she is approaching it all with a calm assuredness – as the world spins around her, Emma Louise is exactly where she wants to be.

On November 20, Frenchkiss Records will release “(This is Why) I Can’t Wear White” b/w “15,” the third in a series of 7-inch singles from Flock of Dimes, the solo project of Wye Oak’s Jenn Wasner. Limited to 1,000 copies, each 7-inch includes a download coupon for both tracks. The album will be released digitally as well.

Jenn launched Flock of Dimes in 2011 as a way to explore more experimental recording and songwriting outside of the burgeoning success of Wye Oak. A tour opening for Sharon Van Etten followed, and a debut 7-inch, “Prison Bride” b/w “I Can’t Tell You Why (screwed mix),” was released by Baltimore-based Friends Records in April of 2011. A 2nd 7-inch was released this past September through Merge Records. This 3rd release was produced by Mickey Free once again and features beautiful cover art by Beth Hoeckel.