The creative effort of Boston-Native and English high school teacher turned indie-pop songwriter Tim Noyes, Handsome Ghost saw viral success when it’s first demo “Blood Stutter” hit the Spotify charts and racked up over 12 million plays, followed shortly by the release of the Steps EP in 2015 which now has 22 million + streams to date! Handsome Ghost recently released their new EP The Brilliant Glow (which already has over 14 million streams on Spotify) on 9/16 via Photo Finish Records (Misterwives, SHAED) and just wrapped up their two month tour as main support for Melanie Martinez.

A philosophy major, a teacher, a folk singer; these are some of the paths Tim Noyes traveled before starting Handsome Ghost.

Noyes began writing folk songs in college, five hours west of his native Boston. After graduation, he taught English for three years at a Bronx high school, playing shows and open mics in the evenings. The contrast of clubs and classrooms couldn’t last, and a publishing deal encouraged him to risk becoming a full-time musician.

Eventually, Noyes felt himself moving away from folk music. As his tastes became more eclectic, “One month I love R&B and then it’s today’s pop or 90’s hits,” the acoustic world seemed to present certain limitations. At an artistic crossroads of sorts, he considered a possible return to teaching, a move to the suburbs, or joining his father’s family business.

Instead – Noyes poured his doubts into a new project, Handsome Ghost, still crafting every song with an acoustic guitar, but now augmenting them with colorful, electronic production. “I’m in a strange place in my life. I’m not a kid anymore but I know I’m not quite an adult yet, either,” Noyes explains. “I can pretend like I am and I often do, but if I’m being honest, I’m still not there. Many of these new songs live in that lost world between responsible and reckless, between figuring everything out and having absolutely no clue.”

In the generation of ever pro-longed youth, wondering when to grow up isn’t uncommon, but choosing a career in music only exacerbates the extremes.  For all of the perks – traveling the country with friends, performing each night, meeting new people – it’s not without malaise. It’s a life that leaves very little time for hobbies, friends back home, or love. But, when it comes down to one or the other, Noyes picks his music. With an early demo titled “Blood Stutter” going viral on Spotify and their debut EP Steps amassing over 20 million streams, Noyes spent most of 2015 touring the U.S. and writing Handsome Ghost’s debut album, which will be released in the Fall.

“It’s hard to know which parts of the past are worth fighting for and which parts are better to just let go of. Sometimes it seems like you have to cut ties to move forward, but that’s a lot easier said than done. I think a lot of these new songs center around that idea: we know what we need to do to grow, but that doesn’t always help.”

Alela Diane has just released the second song from her forthcoming album About Farewell. Stay tuned for select tour dates to be announced.

Listen To ‘About Farewell’ At Spin!!!

“Diane’s work here is hauntingly honest, strongly suggesting that the emotional wallop of About Farewell won’t be easy to shake off” –Pitchfork

“Diane’s warm alto provides an ideal vehicle for her minor-key meditations on matters existential and elemental. With a lyrical style that tends more toward dreamlike imagery than straightforward narrative, she creates music with timeless character.”— NPR

“Alela Diane’s songs are campfire pipe dreams filled with picket fences, desert sands and paths leading back to you.” — The Guardian [UK] 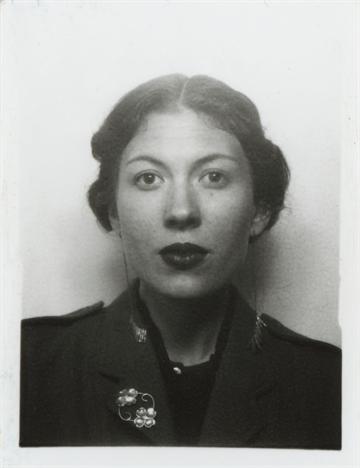 FINNTROLL has now finished recording their 6th album, Blodsvept, which will be released via Century Media Records on March 25th in Europe and March 26th in North America! Recorded at Sonic Pump Studios in Helsinki, Blodsvept features cover artwork by the band’s own guitarist Skrymer (who also did the artwork for the band’s previous releases). This painting perfectly visualizes the musical aura of FINNTROLL that combines influences of black and death metal with folk music, ska, Latin music, psychobilly, and Klezmer in a unique and insane sonic assault.

More dates to be announced soon…

Ahleuchatistas kick off a tour of North America supporting Buke & Gase in support of their seventh album, Heads Full of Poison, out now on CD/digital via Cuneiform Records and as a double LP on Harvest Records. On stage and throughout the album, Perlowin and Oslance perform with a rare unity of purpose, without any self-indulgence or water-treading, displaying a virtually orchestral palette.