“The details are wonderful; especially the guitar work which jumps between fuzzy chaos and dark clarity, but it’s all tied together by front-woman Jess Paps and her incredible voice. At the best moments in “Drone,” she takes the common “wordless vocals,”trend so often associated with shoegaze and makes it sound muscular and brutally aggressive. There is nothing you would call a coo here; Paps is not fucking around. ” -–Stereogum

“Armed with ragged, airsick guitars, this self dubbed “powergaze” quintet from Brooklyn hurtle forward at an impressive rate” — NME

“Somewhere between noisey motorik and jangly pop-punk, these Brooklyn spazzes layer on the heavy, bawdy shit-gaze we’ve fallen in love with over and over…and over.”–Impose

“Brooklyn has some new badasses, and their name is Heaven’s Gate” –Noisey

“[Heaven’s Gate] acknowledges that the best kind of shoegaze melts dreamy vocals (here, at the hand of Jess Paps, who can work her way to gloriously shrill) against a healthy amount of slaying guitars.” — L Magazine

Florida based duo Day Joy have just released a new LP titled Go To Sleep, Mess.  My only advice is not to fall asleep too quickly. While the tone and mood of this debut work is gently mellow and calming, it is absolutely riddled with delicate production nuances and rich textural harmonies. A midst the swooning and sweeping instrumental backdrop, Day Joy pulls you into a deeply personal, heartfelt, and genuinely sincere musical experience that is both revealing and enveloping.  Day Joy makes beautiful lush dream folk landscapes caressed with crooning and heart felt melodies and deep poetic lyricism.

Hailing from Orlando, FL the now five sometimes six piece was originally a two person project started by Peter Michael Perceval and Michael Serrin. Peter and Michael met in college years ago where they acoustically wrote all the songs via late nights on porches and rooftops that are just now coming to fruition and being released on Small Plates Records on their debut LP Go To Sleep, Mess. Quite aptly, they were recently hailed as one of the top 10 Florida Bands You Should Listen To NOW by Paste Magazine alongside their friends and other up and comers Levek and Hundred Waters.

Orlando, Florida’s Day Joy glimmers on a lucid dream, borne on a conscious wind, as they both adhere to the tried and true dream-pop formula and also break its clamorous mold. Carried by the pensive vocals of original members Michael Serrin and Peter Perceval, they began as a duo writing acoustic song structures for psychedelic dreams on rooftops and porches amidst late-night Floridian sunsets. As they now encompass a five–and sometimes six–piece collaboration of banjos, ukeleles, synthesizers and steady percussions, they will be releasing their debut album, Go To Sleep, Mess, on Small Plates Records.

Mirroring the mystifying image of the Floridian landscape that surrounds them, they have sought to provide a similar tone and intimate experience as their fellow Floridian friends, such as Hundred Waters and Levek. With humble origins, and brimming effectual sounds to share, Day Joy offers a reflective experience and a sobering reverence that only these South Eastern dream poppers would know how.

Day Joy have reached an emotional depth on this record that doesn’t come off as pretentious, but rather intimate and unmasked. While this album isn’t quite in the same territory as Bon Iver, there is a parallel in that I haven’t heard a debut that sounds this engaging while at the same time being so subjectively personal since I first listened to For Emma, Forever Ago. Fans of Bon Iver, The Acorn, Iron & Wine, Fleet Foxes, and the like should check this one out.

Click Here To Watch “Go To Sleep, Mess” On Paste 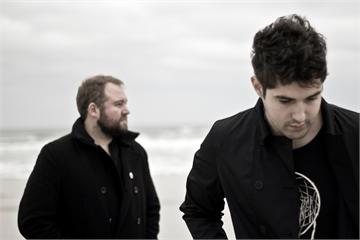