Tune in to watch one of the must-see and most talked about performances of the night…Grammy nominated Cam, and multi-platinum recording artist Alicia Keys performing “Girl Crush” as a mark of respect to the nights’ Crystal Milestone Award winners Little Big Town.
“Girl Crush”, written by Lori McKenna, Hillary Lindsey and Liz Rose and recorded by Grammy award winning country artists Little Big Town caused quite the controversy when the song was released late 2014 for its perceived provocative lyrics.   The track went on to receive numerous awards for the band and its songwriters, including two CMA’s, two Grammys and a CMT Award and has sold more than 3 million copies to date.
“That was one of the most magical moments I’ve had on stage, and of course it was at the Ryman!” said Cam. “Alicia is so insanely talented and such a gracious person to work with. We both felt so honored to be celebrating Little Big Town together.” With Cam on guitar and Alicia on piano, the duo delivered a mind-blowing performance that received one of the biggest and loudest standing ovations of the evening.
The two girls also have a lot more in common than one would think, including: both have worked with Jeff Bhasker, last years recipient of the ‘Producer of the Year’ Grammy award. Bhasker is Cam’s executive producer and co-writer of her break-out hit “Burning House” and most noticeably, Alicia’s co-producer and co-writer of “Girl on Fire”, amongst others; both girls are also Sony label mates. 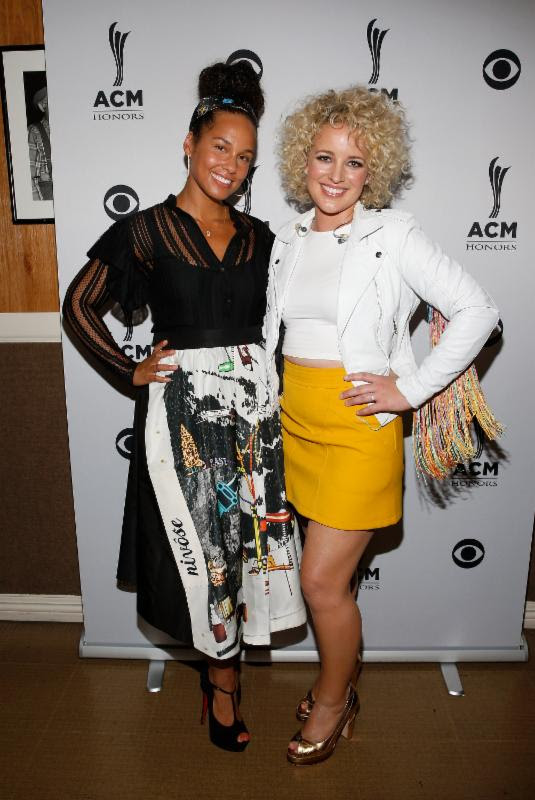 Listen and Share First Single “Dear Lord (Give Me The Strength)”

Watch Jim James and Preservation Hall Jazz Band In the Making of That’s It! HERE

Preservation Hall Jazz Band was founded in 1961 to promote traditional New Orleans jazz in all its authenticity. Legendary players like George Lewis, Sweet Emma Barrett and Kid Thomas Valentine, all rooted in the formative years jazz, were its original stars. That generation is long gone now, yet the hall is still in business and the Preservation Hall Jazz Band continues to tour the world.

Therein lies a paradox: how does an institution based on an early 20th century musical culture prosper in the 21st? When asked that question on the occasion of the Hall’s 50thanniversary, Creative Director Ben Jaffe had a ready answer: “This anniversary is about the next fifty years.”

It is in this spirit that Preservation Hall Jazz Band is delighted to announce the release of their new album That’s It! on July 9th via Legacy Recordings the band’s first album of original music in its entire fifty year history.

That’s It! was produced by My Morning Jacket’s Jim James and Ben Jaffe and recorded at The Preservation Hall.  As these are all brand-new compositions, band members Ben Jaffe, Charlie Gabriel, Rickie Monie and Clint Maedgen wrote for the album and collaborated with Paul Williams, Dan Wilson and Chris Stapleton on several songs. And record fans should make note: The LP version of That’s It! will be pressed on 180 gram vinyl and includes a full size poster.

Not if Ben Jaffe can help it. “My parents were never preservationists in any strict sense,” he says. “They simply presented the music the way the old jazzmen wanted to play it. This is the music we want to play today. We’ll continue to do the old standards, along with new material that allows us to be creative and relevant. With this album, I wanted to do something that would challenge us and make us proud.”

Another exciting new challenge for PHJB is the making of the music video for their first original title track, “That’s It!” In a partnership with Genero.tv, fan filmmakers now have the opportunity to create a music video for the song. Submissions close June 12th, and all the details are available at Genero.tv/preservationhall.

Catch Preservation Hall Jazz Band at a Festival Near You: