The sibling acoustic duo from Southern Oregon, The Brothers Reed, are on a two-month national tour promoting their brand new album “Three” set to release on Jan.6th. They are performing at Black Forge Coffee House in Pittsburgh on February 15th.

Despite their brotherhood, Aaron and Phil Reed didn’t start playing music together until two years ago after Phil left their hometown of St. Charles, Missouri to join Aaron in the unsullied mountains of the American Northwest. The brothers family blend of folk encapsulates the grit and humor of Midwest life with the swagger and serenity of the west coast. Their style evokes finger picking folk singers of the 60’s and 70’s with a contemporary and boundless edge. Cultivated from years of performing in bands ranging from heavy metal to reggae and rock, to punk, country, and funk, their musical dichotomy is at the root of their diverse yet seamless folk-brand.

With their comedic brotherly banter, impeccable harmonic expression, and widely varying influences, a Brothers Reed performance will have you reflecting on lost lives and lovers, laughing hysterically and leaving completely entertained.

Touring as a guitar-duo, the group incorporates harmonica, percussion and keys into their live performances, soothing your soul with songs that are familiar yet original.   Whether they are finger picking their way through a lamentable ballad or bringing you around full-speed with a barn-burning bluegrass number, The Brothers Reed are masters of their craft.

Winners of 2014’s “Road to Nashville,” competition as well as finalists and crowd favorites of Britt Festivals 2015 “Rising Stars Contest,” the Brothers Reed have quickly risen to regional renown and now tour extensively throughout the U.S. Their sophomore full length, Monster In My Head (released March 2016), is a power-punch follow up to 2015’s critically acclaimed debut, Sick As Folk. Moving away from the stripped down approach of Sick As Folk, Monster In My Head combines full band instrumentation with the finest elements of folk, rock, R&B, country and reggae, to create a record that at 17 tracks is an ambitious yet fluid piece of work. The album also marks the group’s first effort at collaboration and features several guest artists including Jeff Pevar (Crosby, Stills and Nash; Ray Charles; Jazz is Dead), T.J. Eilers (Synrgy, Buckle Rash, The Illies) and Ambur Rose (Roses and Whiskey).

All aspects of the brand including management, website design, graphics, and album production (engineering, recording and mixing) is done completely by The Brothers.

Mykki Blanco is the New York City writer, activist, and international performing artist who’s as well known for his gender-nonconforming attitude as he is for his genre-bending brand of hip hop. He released his debut studio album Mykki via !K7 Records in September 2016. The album was a culmination of Blanco’s years of recording, touring, work, and imagination and received much acclaim from the likes of The FADER, The Atlantic, Pitchfork (7.7), i-D and more.
Mykki recently got a “Fuck Trump” tattoo the day of the inauguration: http://www.thefader.com/2017/01/20/mykki-blanco-fuck-trump-tattoo
Watch Mykki’s Berlin Tour Diary: https://youtu.be/EMhQgU80IEA
Cattivo
146 44th St
Lawrenceville, PA 15201
Date: Friday, March 24th
Ages: 21+
Doors: 8:00 PM
Price: $15-$17
Ticket Link: http://www.cattivopgh.com/event/1404331-stunt-queen-tour-mykki-pittsburgh/

The community organized Millvale Music Festival will take place Saturday, May 13th, 2017. The day-long event will support and showcase local musical acts of many genres while showcasing the fun and unique Millvale venues. Over 100 bands at more than a dozen stages are to be part of the community’s first annual celebration. The Festival will build on the success of other local community music Festivals but will highlight the growing cultural presence and businesses in Millvale.

The Millvale Music Festival is now accepting submissions for musical acts, stage hosts, and volunteers. They are asked to go to millvalemusic.org to make these submissions.

The Millvale Music Festival is also seeking sponsors. These partners will enable the event’s success and the community’s growth. Please contact Liz Tripoli at 412.224.2666 or sponsorship@millvalemusic.org for sponsorship opportunities.

Wyclef Jean premiered his new single, “I Swear” feat. Young Thuglast night on Ebro Darden‘s show on Apple Music‘s Beats 1. “I Swear” is an upbeat romantic track which celebrates the love in a strong relationship. 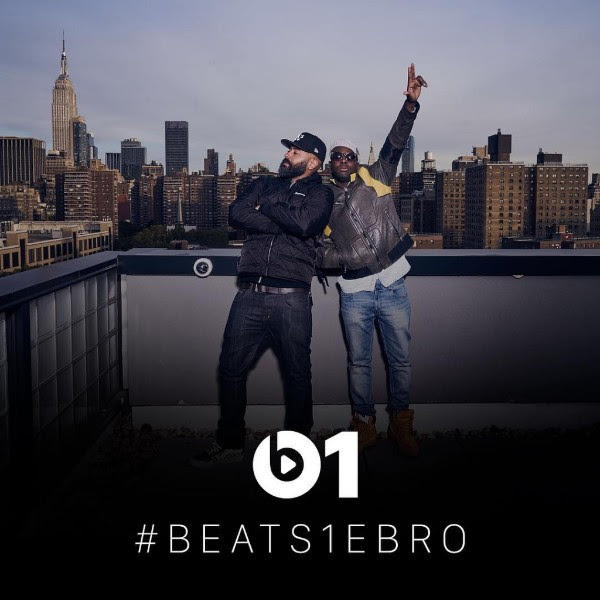 “I Swear” is featured on Wyclef’s forthcoming EP, J’ouvert, which will be available on January 27, 2017. In addition to Young Thug, J’ouvert also features Walk The Moon and others.

J’ouvert is a precursor to Wyclef’s forthcoming full length album aptly titled Carnival III: Road To Clefication dropping next summer on the 20th anniversary of Wyclef’s critically acclaimed debut The Carnival. The LP has already created quite a buzz with confirmed appearances from Young Thug, Walk The Moon Afrojack, Emeli Sandé and multiplatinum DJ/recording artist Avicii.

Why settle for just any tone when you can choose among 12? That’s the opportunity that Michael Kelly Guitar Co. presents with the new Custom Collection 50 Deluxe (CC50DLX) electric guitar model. The perfect tone is just a click, pull or push away with a 4-way switch that drastically expands sonic options. Combining cutting-edge electronics with the classic look of Michael Kelly’s 1950s Series, the versatile CC50 Deluxe is designed at the intersection of modern and vintage, embodying the best of both worlds.

The design of the CC50 Deluxe began as an extended collaboration between the Michael Kelly team and the sonic experts at Seymour Duncan. At the center of this model are Duncan’s Hot Rail pickups. These humbucking pickups have the ability to switch to a more traditional single-coil tone, enabling the player to enjoy a fat, heavy rock tone one moment before transitioning to a traditional, surf-style tone the next. These are combined with Michael Kelly’s new 12-Tone Mod to open up the full sonic palette.

One key to the 12-Tone Mod on the Deluxe is the use of a 4-way switch instead of the typical 3-way switch. The 4-way blade switch delivers the typical neck, bridge or both settings of a 3-way, while adding a fourth position as a “series” option. Two push-pull pots on the master volume and master tone knob help expand the tonal variations. One splits the neck pickup from humbucker to single coil when pulled up; the other splits the bridge pickup. The pickups can be positioned 12 different ways for unique sonic settings. To see a diagram of the different options, visit the CC50 Deluxe product page by clicking here.

The CC50 Deluxe doesn’t forsake beauty for brains. An exotic striped ebony finish tops the maple-bound alder body. The bolt-on maple neck has a rosewood fretboard with 22 medium jumbo frets and dot inlays. A dual-action truss rod stabilizes the Modern C neck profile, while a vintage bridge with brass saddles, die-cast tuning keys and chrome hardware finishes round out the classic esthetic. The model shares many of the same dimensions as other Michael Kelly 1950s Series guitars, including the 10.5’’ fretboard, 25.5’’ scale length, and a standard bone nut at 43mm width.

Offering brains, beauty, and excellent value, the CC50 Deluxe is priced at$1,100.00 MSRP, and a $699.99 introductory special price. For a closer look at this model and the rest of the 1950s series, visit www.MichaelKellyGuitars.com.
About Michael Kelly Guitar Co.

Founded in 1999, Michael Kelly Guitars is an American guitar, bass and mandolin company that imports quality instruments manufactured to their specifications. “Built on Sound,” the company has earned a reputation for excellent aesthetics, value, and overall performance. For more information, visit www.MichaelKellyGuitars.com  or call(727) 793-9059.