Garage Days Re-Revisted To Be Re-Released! 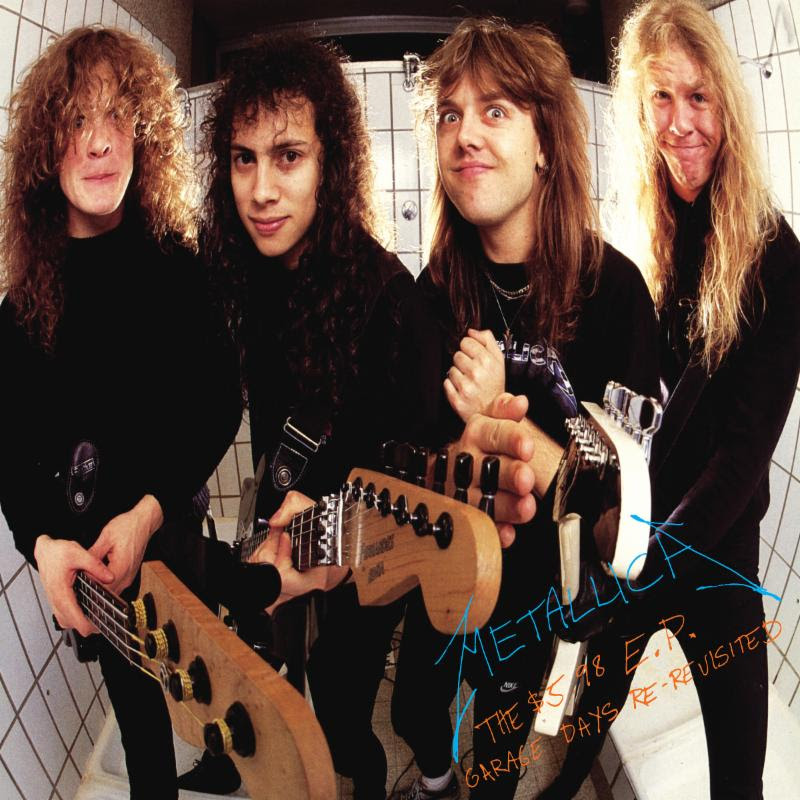 SAN FRANCISCO, CA – JANUARY 25, 2018 –  The Wait is over…Actually, it’s back!  Nearly three decades after going out of print, Metallica will release a remastered version of The $5.98 EP – Garage Days Re-Revisited on April 13, 2018 as part of their ongoing remasters series via their own Blackened Recordings label.
Originally released over 30 years ago on August 21,1987, the collection features the band covering songs by early Metallica influencers such as Diamond Head, Holocaust, Killing Joke, Budgie, and The Misfits. The five songs from the EP were later included as a part of the 1998 multi-platinum release Garage, Inc., but the band felt it was time to bring it back in the original formats!
Fans who pre-order the album HERE will receive an instant download of “The Wait” (originally released by Killing Joke in 1980).
The $5.98 EP – Garage Days Re-Revisited was remastered by Chris Bellman at Bernie Grundman Mastering in Hollywood, CA.
The EP will be available in the following formats:
●      CD
●      Black 180g LP
●      Cassette (LIMITED EDITION)
●      Lenticular Longbox (LIMITED EDITION)
●      Streaming & Download
●      Picture Disc (Metallica.Com Exclusive – LIMITED EDITION)
●      Red-Orange 180g LP (Metallica.Com and Indie Retail Exclusive – LIMITED EDITION)
Tracklisting
ABOUT METALLICA
Metallica was formed in 1981 by drummer Lars Ulrich and guitarist and vocalist James Hetfield and in the nearly 37 years since, they’ve pretty much done it all. If you need to know more, loads of facts can be found on Wikipedia…and some of them are even true.  One more thing you should know: the European leg of their WorldWired tour will recommence on February 1st in Lisbon, Portugal, and continue through May.