MY LIFE WITH THE THRILL KILL KULT Reveal New Single, “The Chains of Fame” Off Upcoming LP 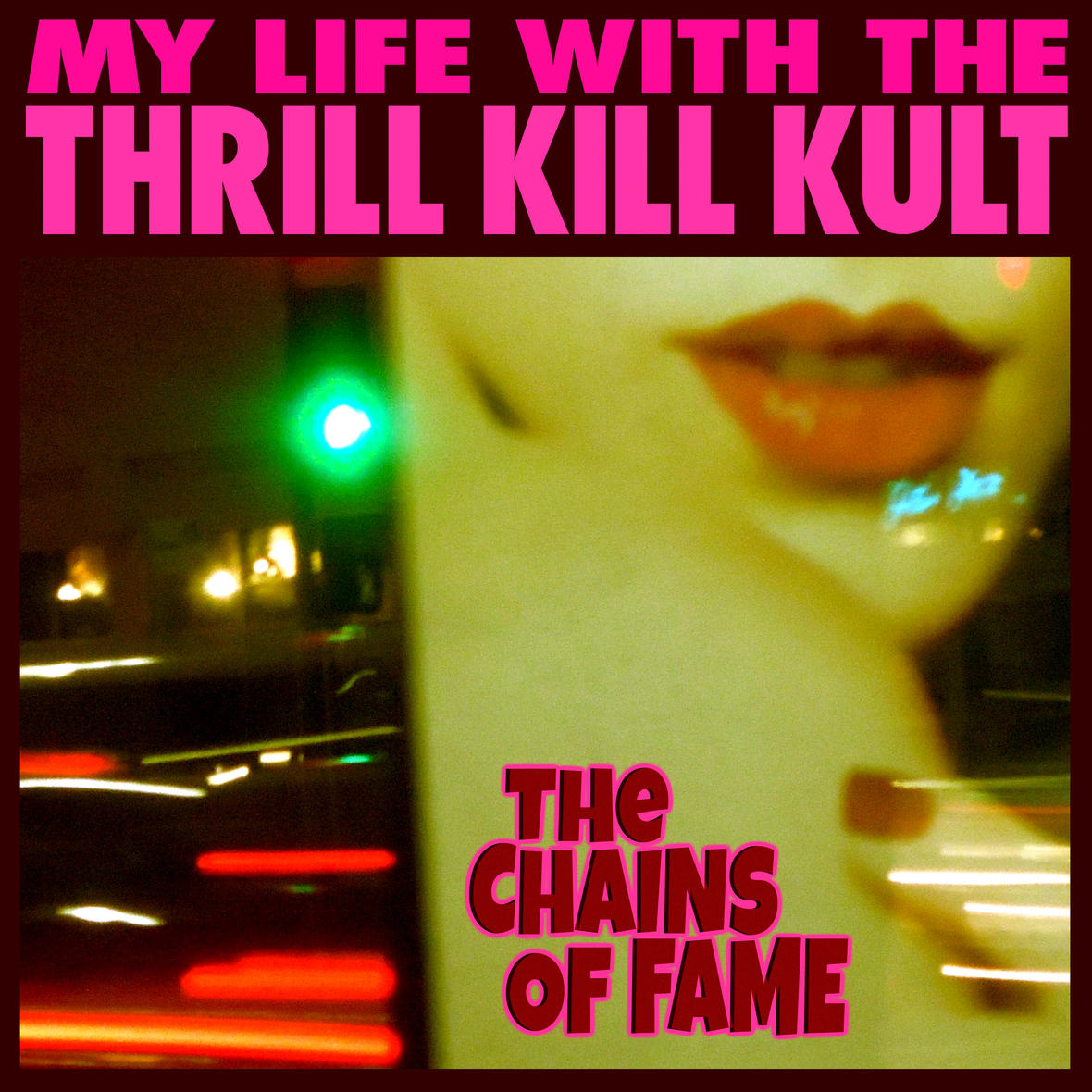 “America’s Most Dangerous Kult” has released their newest single, “The Chains of Fame.” Originally premiered on MXDWN, “The Chains Of Fame” is the debut track off of their upcoming LP, In The House Of Strange Affairs

“A dynamic song, “The Chains of the Fame” feels like a much shorter song than its four minute run-time. Cinematic strings and unexpected audio samples during the bridge of the song lead to a futuristic bridge that make the long-running and mega-influential band sound as relevant as ever.” MATT MATASCI 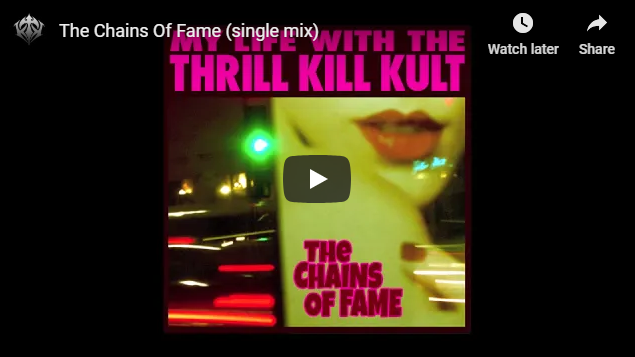 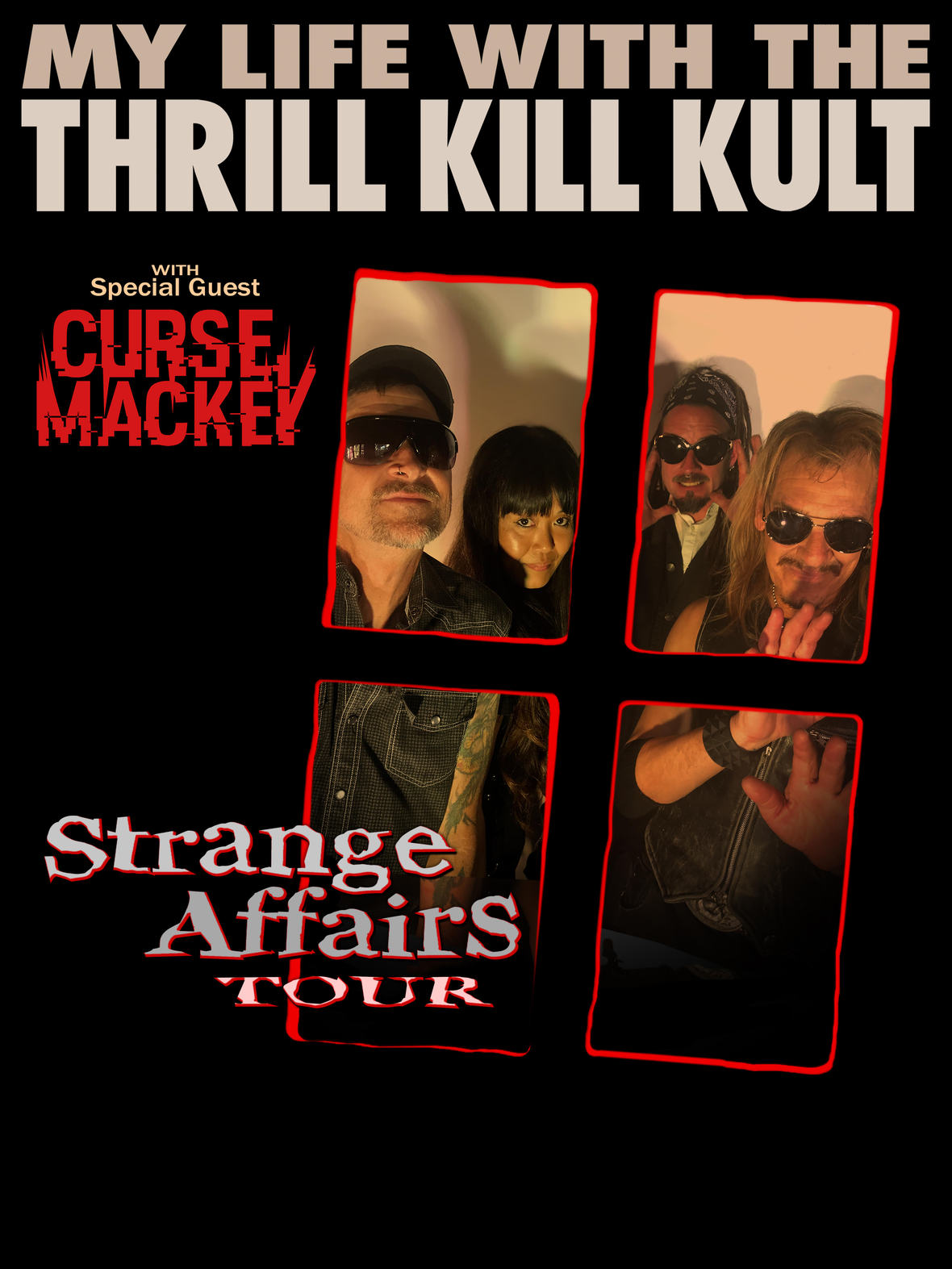 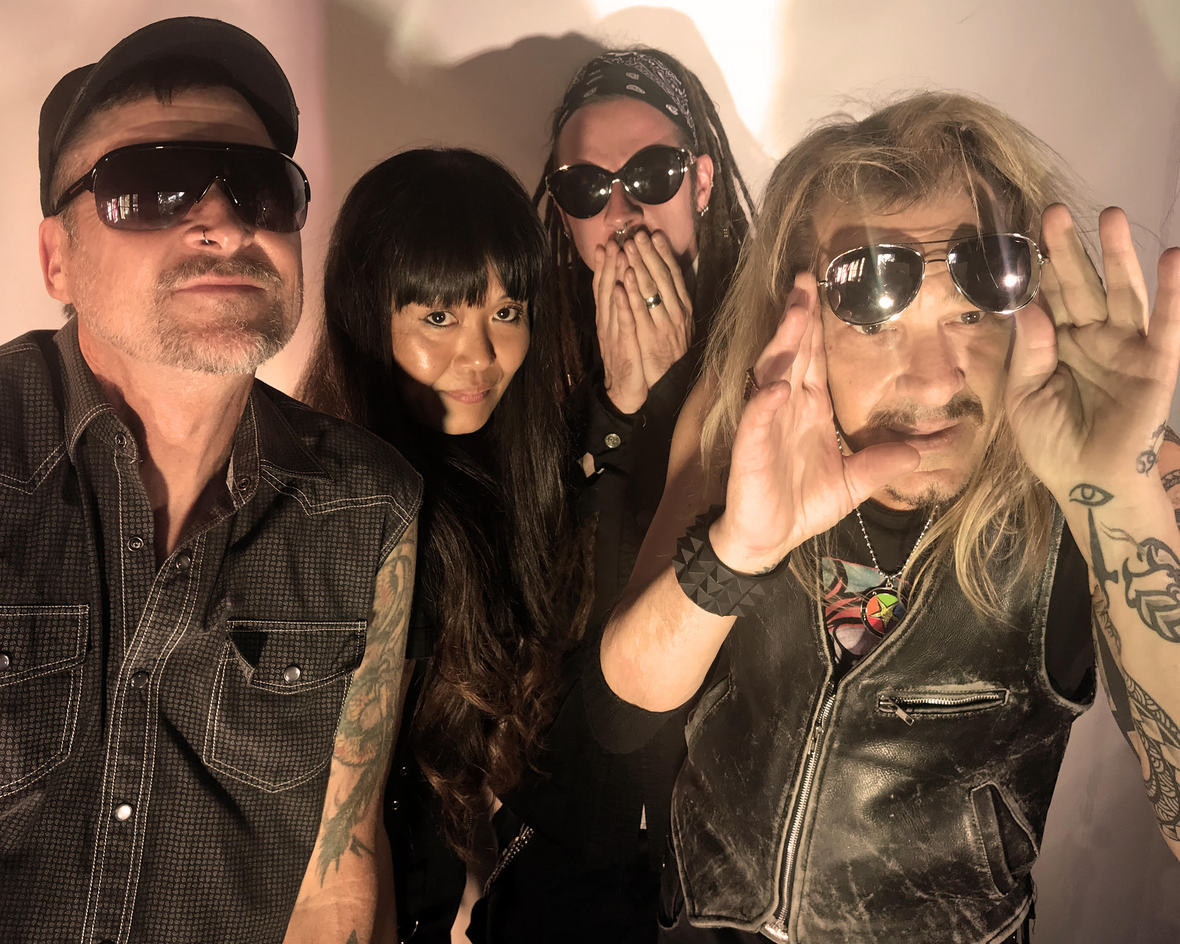 The duo took the title of the film as the name for their band, and decided to focus on the musical group full time. Taking the stage names Groovie Mann (Nardiello) and Buzz McCoy (Daley), they worked on creating an occult-biker meets disco-rock influence look for the project, which included a bevy of voluptuous back-up singers and dancers known as the BOMB GANG GIRLZ. The New York Times wrote, “Sex, blasphemy, big beats and go-go dancing; they’re all in a day’s work for My Life With The Thrill Kill Kult ”. This attracted the attention of indie fans and the ire of religious groups in practically equal measure. They released their first album I See Good Spirits And I See Bad Spirits in 1988 followed up by the hard-hitting dance floor classics “Kooler Than Jesus” and “A Girl Doesn’t Get Killed By A Make-Believe Lover Cuz It’s Hot,” which featured no-wave chanteuse Lydia Lunch on vocals. By the time they released their second album, Confessions Of A Knife (1990), they were far and away one of the biggest selling acts on the label.

Hollywood also embraced the group, recognizing the unique cinematic aspect of their sound. The band’s music has appeared in a slew of films and tv/cable shows including, director Ralph Bakshi’s “Cool World”, Paul Verhoven’s saucy “Showgirls”, MTV’s “Beavis And Butthead”, and the cult film classic “The Crow”, in which the ensemble make a cameo appearance performing their song “After The Flesh”. More recently the KULT was written into the story line of the 2014 film “Sexy Evil Genius” starring Seth Green. 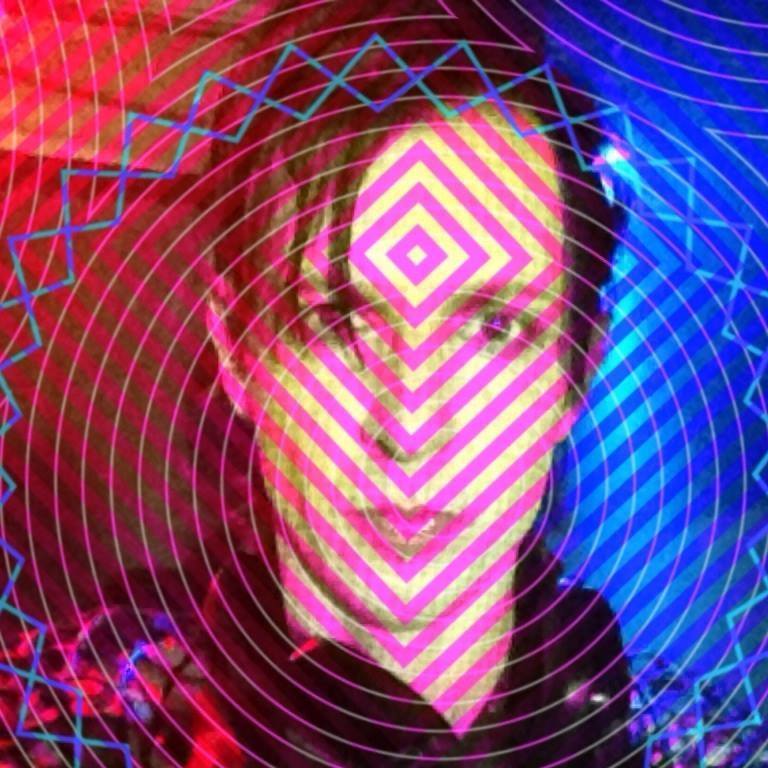