REVIEW: Sultry vixen of Betty Black seduces your ears on Bad Weather and Fatality of Love 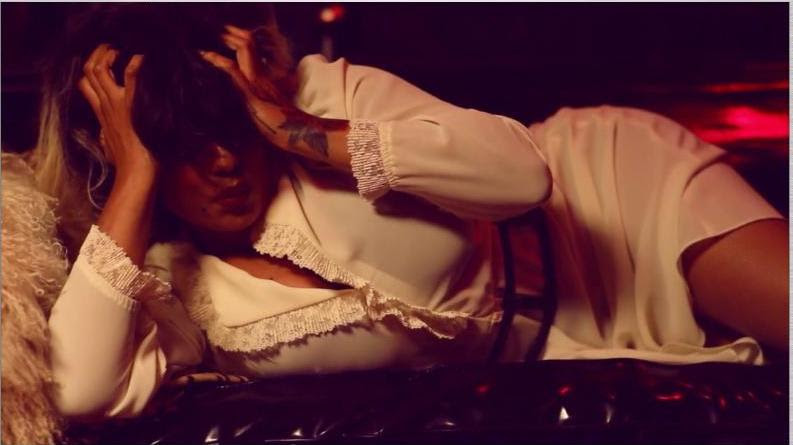 Betty Black, brainchild of multi-talented singer/songwriter and musician Sylvia Black, is a force to be reckoned with. At first glance, Betty Black is steeped in intrigue and history through name association alone. While this is only the surface, and the music itself delves deep into the sonic realms of electro, break-beat, downtempo and trip-hop, the surface itself is very telling of the unique contents of the music it contains. While it’s not entirely clear whether Sylvia is purposely drawing a comparison with the historical Black Betty, the result is extremely effective in adding another layer to her mystique. But more on that in a minute…

As background, over the past six years Black has established herself as a sonic rebel with an indomitable spirit and a fearless approach to music. She’s gained international acclaim as the lead vocalist for New York-based dark electronic pop outfit KUDU, and for her successful co-writes and collaborations with Black Eyed Peas, Moby, William Orbit, Kelis, The Noisettes, Spank Rock, Benny Benassi, The Knocks and, most recently, RUN DMT and Télépopmusik, which have amassed sales over 5 million copies worldwide. Her collaboration with Run DMT – “Starlight” – is currently the most added dance release on all US college radio stations. In short Betty Black is a badass, and she has successfully seduced her way into the music world as an elegant dark electro-pop diva.

Now back to the interest element of the Betty Black namesake. The musical origins of “Black Betty” (the reverse of Sylvia’s project name) stretch back quite a bit, into the 18th-century in fact. Used as subject matter in song, the term has been cited as referencing a variety of objects such as a musket (with the signature line Bam-Ba-Lam referring to the sound of gunfire), a bottle of whiskey, and a whip. Interestingly, after listening to her music I tend to find all of these interpretations relatable in unison to the overall tone and sound achieved on Bad Weather and the accompanying EP Fatality of Love.

Vocally, Black audibly sooths and arouses a state of warm wobbly comfort, much like the smooth but cutting companionship of a bottle of whiskey. There is a sultry mystery and suspense in Betty Black’s sound akin to a creeping assassin. Not the typical mechanical firing squad repetition associated with rapid gunfire, but the quietly calculated deadly force of the trained killer sneaking in the shadows. And just when you get comfortably lulled into the intimate corners of Black’s sound, the modern beat-inflected electro fluorescence come back around to whip your ears back into shape. In irony and hindsight, while pulling direct referential comparisons can sometimes dumb down the importance of the art or artist, somehow the “Black Betty” association actually increases the conceptual force of the very talented Sylvia Black.

As for album specifics, Fatality of Love (The Remix EP) features the sultry original with mixes by Aram, avant-garde drummer/artist and former KUDU band mate Deantoni Parks (who has also worked with Mars Volta, John Cale, Me’shell Ndgeocello and Kimbra) and French producer/composer Pino Rastovitch (whose quixotic downtempo rework recalls AIR and Goldfrapp), as well as, the new recording “Possessed”.

It’s the latest offering from Betty Black’s gritty and darkly seductive album Bad Weather, which includes “Killing Time”, the slow-burning “Am I Not Your Girl?”, and the anthemic title track. Released this past summer with the bonus track “Bad Weather (Antipop & Analog Boy Remix)” from Télépopmusik’s own Antipop and former Autour de Lucie guitarist, Analog Boy, the gripping set was composed, arranged and produced by Black along with co-producer/engineer Rudyard Lee Cullers (Yeah Yeah Yeahs/ Basement Jaxx/ Bright Eyes) and Jamin Gilbert.

Both Bad Weather and the Fatality of Love EP are worthy of multiple listens. Black’s sultry vocal delivery, steeped in moody electro breaks creates interest and atmosphere. Betty Black delivers a unique musical experience and is definitely worth checking out.