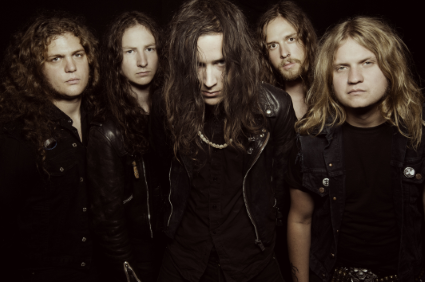 On In Solitude’s latest release on Metal Blade Records, “Sister”, the Swedish retro-metal act has created an eclectic group of songs that stay focused in a style and sound while still coloring outside of the lines.  As the Goth-Rock and Post-Punk-esqe opening track “He Comes” winds on, you get a sense of the way the rest of the album will sound and progress. There is a dark, barren atmosphere of despair present in this opening number that seems to be setting the tone for the rest of the album. While this first track certainly does set the tone, it isn’t until the relentless “Death Knows Where” punches you in the face that you realize that In Solitude will not only take you into the dismal depths of darkness, but that they’re going to beat your ass once you get there.

Upon recording the album, the band was quoted saying: “It’s time to release our third album, and things have never felt this clear and pervasive before. This is a feeling that has permeated our whole lives during the latest year of writing and recording this album, as well as digesting and dealing with its consequences. And it has been wonderful, overwhelming and utterly devastating.” Wonderful, overwhelming and utterly devastating seem to ring fairly true for the sound of this new album as well. There is a wonderfully crafted musical precision that is counter balanced with atmospherically dark grittiness, resulting in something engaging and unpredictable.

As the album progresses, In Solitude bring you further into their heavy metal world with moods that range from Mercyful Fate-esque guitar flavors, shadows of Black Sabbath, the heavy dissonance of Swans, to straight-forward, ear worm riffs not unlike their Swedish peers, Ghost. Not to mention the vocal quality and delivery of singer Pelle Åhman. At times almost demonically chanting in reverb while at others driving and pervasive, Ahman possesses a certain tone of filth and desperation not too far removed from Birthday Party era Nick Cave. In any case, one thing can be said for certain: their delivery is as genuine as it is impressive. 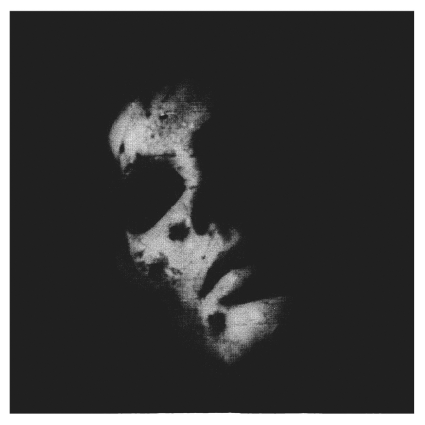 “Sister” was recorded at Studio Cobra in Stockholm, Sweden during March 2013. The album was produced and mixed by Martin “Konie” Ehrencrona and stands as a logical next step above and beyond its predecessor, “The World.The Flesh.The Devil.” In Solitude’s strength resides in their ability to craft dark and oppressive atmospheres within the auditory realm of classic heavy metal. The album concludes with an 8-minute, driving, near trance-like opus that features guest guitarist Pelle Forsberg (Watain).

IN SOLITUDE signed a worldwide deal with Metal Blade Records in 2010. This is also the year that Henrik Palm, vocalist and guitarist for the heavy punkers Sonic Ritual, passed the trials by fire and thus a new fury rose within the horde. The cultivation of a new sound nears perfection; one that bears the dynamic powers of youth and the embittered wisdom of the ages.

In November 2010, the horde entered Nicke Anderson’s (HELLACOPTERS) brand new studio Gutterview Recorders in Stockholm, Sweden with producer Fred Estby (DISMEMBER, DEATH BREATH) to record the band’s sophomore record, which was released in the Spring of 2011. The World.The Flesh.The Devil was released to worldwide praise from press and fans alike and landed at the #4 spot on Decibel Magazine’s Top 40 Extreme Albums of 2011. Additional accolades were heaped onto the album from Terrorizer Magazine, who called the album”finely crafted, occult-oriented, melodic heavy metal of the highest order”, as well as Guitar World Magazine who claim that “On their sophomore album, Sweden’s retro-minded metallers In Solitude summon the dark essence of Mercyful Fate and the two-guitar attack of Iron Maiden. Guitarists Niklas Lindstrom and Henrik Palm’s heavy riffing and tasty harmonies propel this head-banging disc.” Two years of touring in support of The World.The Flesh.The Devil has earned the band a global fan base. Fans have seen the band on tour on a myriad of European festivals, in the UK with Amon Amarth, as well as in North America as a part of the Decibel Magazine Tour, as well as on tour with metal legends, Down. 2013 and beyond will see continued growth of one of metal’s best newcomers. 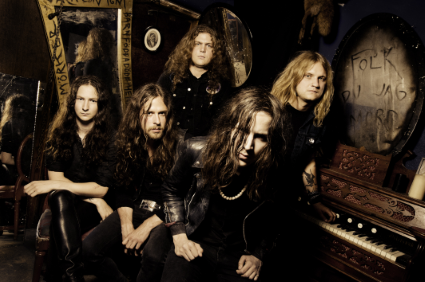